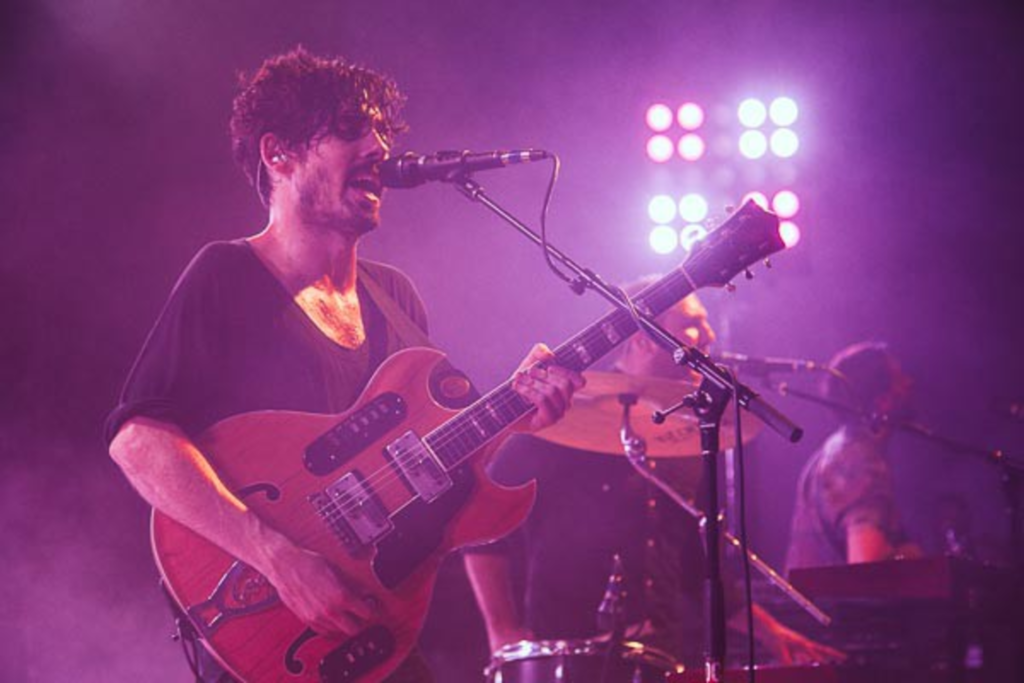 Pedigrees are a tricky thing in the world of indie rock. On one hand, it’s a must to at least be tangentially aware of the artists that you’ll be compared or associated with as you gain notoriety and build a following. However, if you sound too similar in nature to any one act, you run the risk of being judged as a bland derivative that conceivably will alienate more devoted, knowledgeable music fans and perhaps fall short of the more commercial tastes of alternative radio.

Over the course of roughly five years and two critically acclaimed albums, California quartet Local Natives have deftly bridged that divide and steadily progressed from music-blog buzz to the sizable audience that showed up for the band’s first visit to the Kansas City/Lawrence area Friday night. Inside the Granada, sweltering heat was about the only thing that stifled the sold out cosmopolitan cross-section of college students and the slightly older collection of thirty-something millennials in attendance. The crowd was surprisingly diverse and the bartenders seemed just as likely to fill orders for Bud Light as they did PBR or Boulevard. That alone speaks to the type of following Local Natives have built – particularly in recent months, since doing a stint opening for Kings of Leon on that band’s national tour. 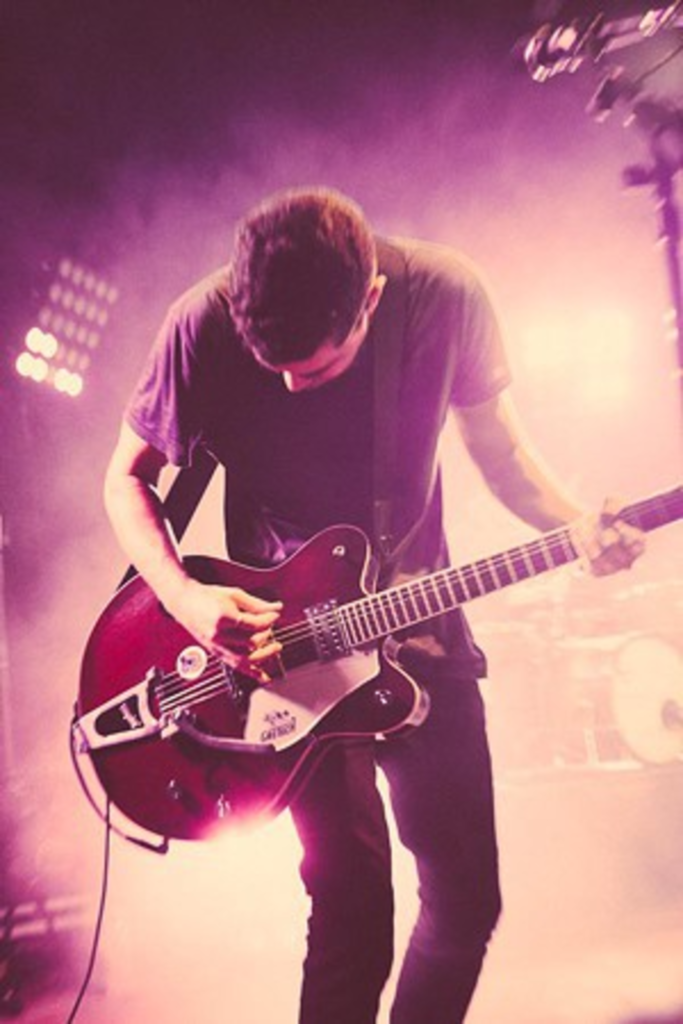 Local Natives’ lineage falls directly at the transverse of nearly every important indie rock band that has crossed over to the mainstream in recent years. The band’s generally melodic vocals and rhythmic, up-tempos songs mirror the lighter world music stuff of Vampire Weekend, but the propulsive drumming and atmospheric qualities that Local Natives gave off in most of the songs seemed ripped directly from the Boxer and High Violet era of the National. At the same time, you’d be remiss not to notice that the members’ dewy and affected vocal registers fall very near to Fleet Foxes territory, and the overall timbre of their songs feels descendant of Grizzly Bear, and to a lesser extent, even early Animal Collective freak-folk. If you wrap that all in the bravado and high energy of, say, Arcade Fire, you’ve got the Local Natives family tree down. 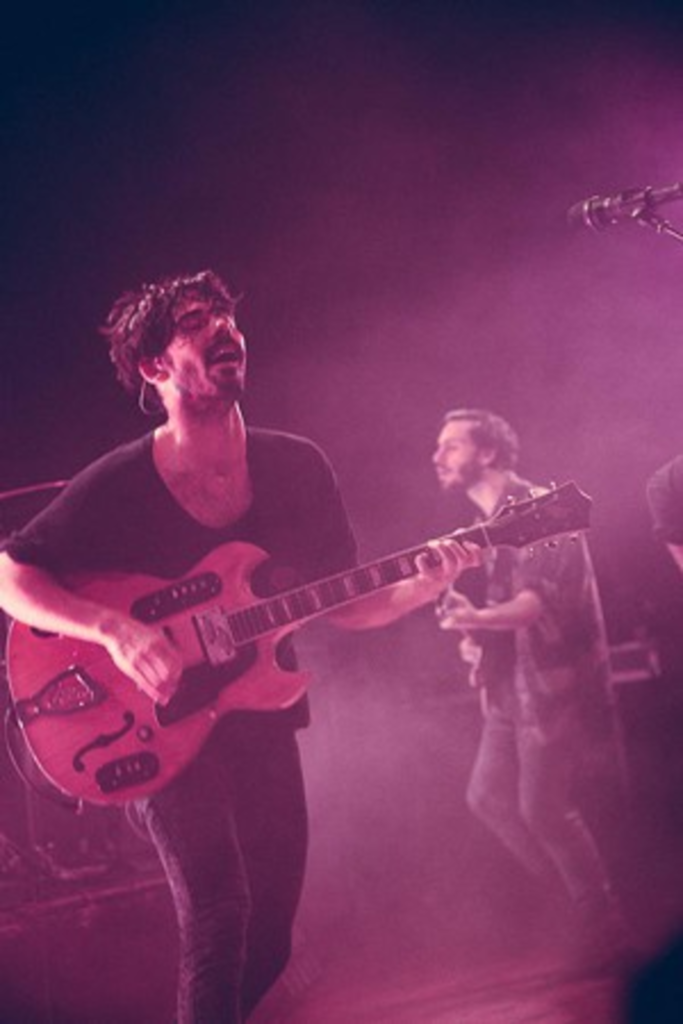 On Friday night, the Natives opened with “Breakers,” an alternately plaintive and drum-heavy track from the band’s 2013 release Hummingbird, which progressively builds into a quick and satisfying conclusion. The band seamlessly transitioned to older material from its Pitchfork-lauded first album Gorilla Manor, including the spindly and anthemic “Wide Eyes” which forms a comparable balance between innocent, wilderness themed vocals about “evil spirits” and the “folds of a tree trunk” and a more slight and organic guitar melody that slinks its way in and out of tom drum-fills. 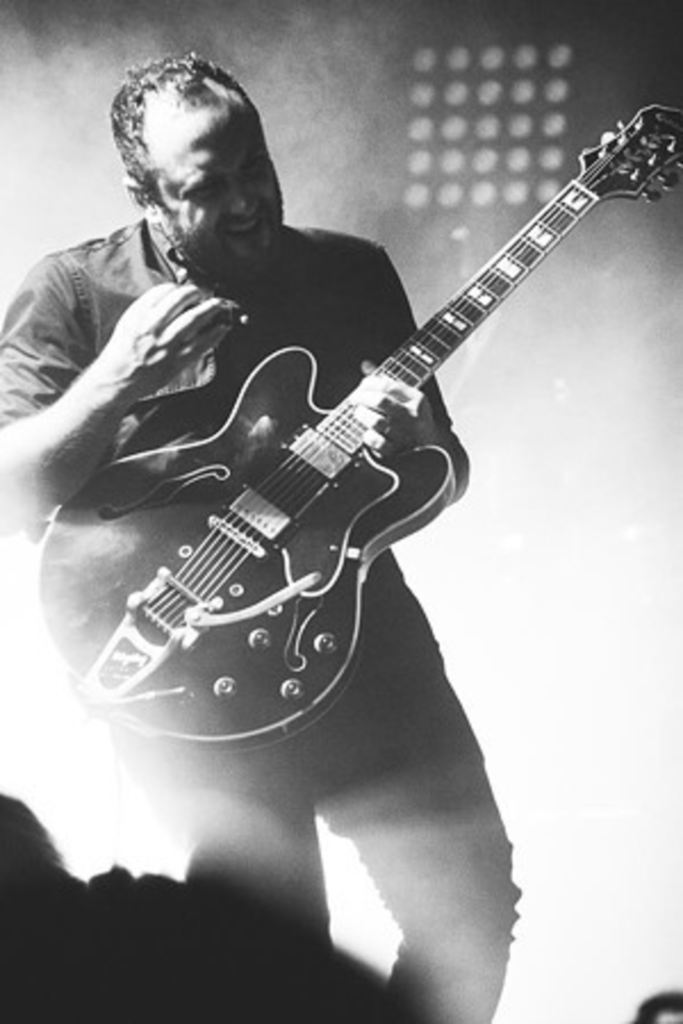 Notable mid-set numbers included the only two non-penned Local Native tracks of the evening, a cover of the Talking Heads’ twitchy and somewhat atonal “Warning Sign” (from 1978’s More Songs About Buildings and Food) and a cover of a recently unearthed Johnny Cash song that followed a couple songs later. “Out Among the Stars” served as the title track for the lost Johnny Cash album posthumously released earlier this year, but after being re-imagined by the band, the song could have passed for a Local Natives original. Meanwhile, the latter half of the set and three-song encore consisted largely of material from the band’s 2009 debut, including fan favorites “Airplanes” and “Heavy Feet.” 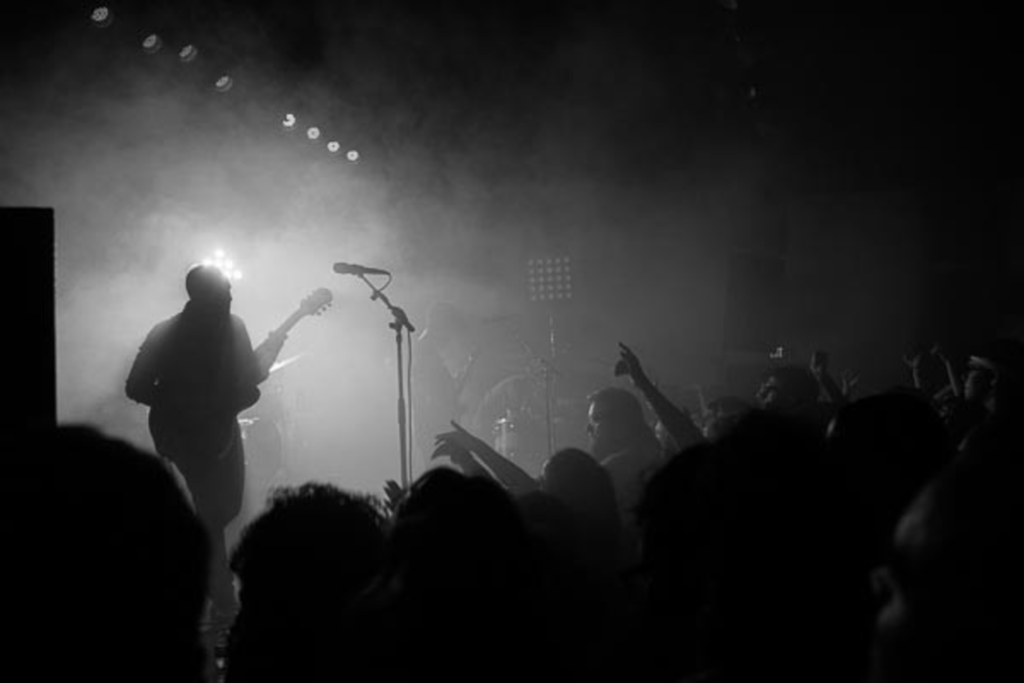 In all, the Natives sound reminiscent of so many current indie acts that even though they avoid the pitfalls of being directly derivative, they do not feel very distinct. Their formula is built on energetic drumming, understated and atmospheric guitar work and a penchant for anthemic sing-song choruses. Whether the group will ever extend their reach beyond their recent and recognizable antecedents still remains to be seen, but right now they’re making headway into crowds that even a few years ago probably would’ve been off-limits to them – and they’re doing a fine job of putting on a good show for those people.