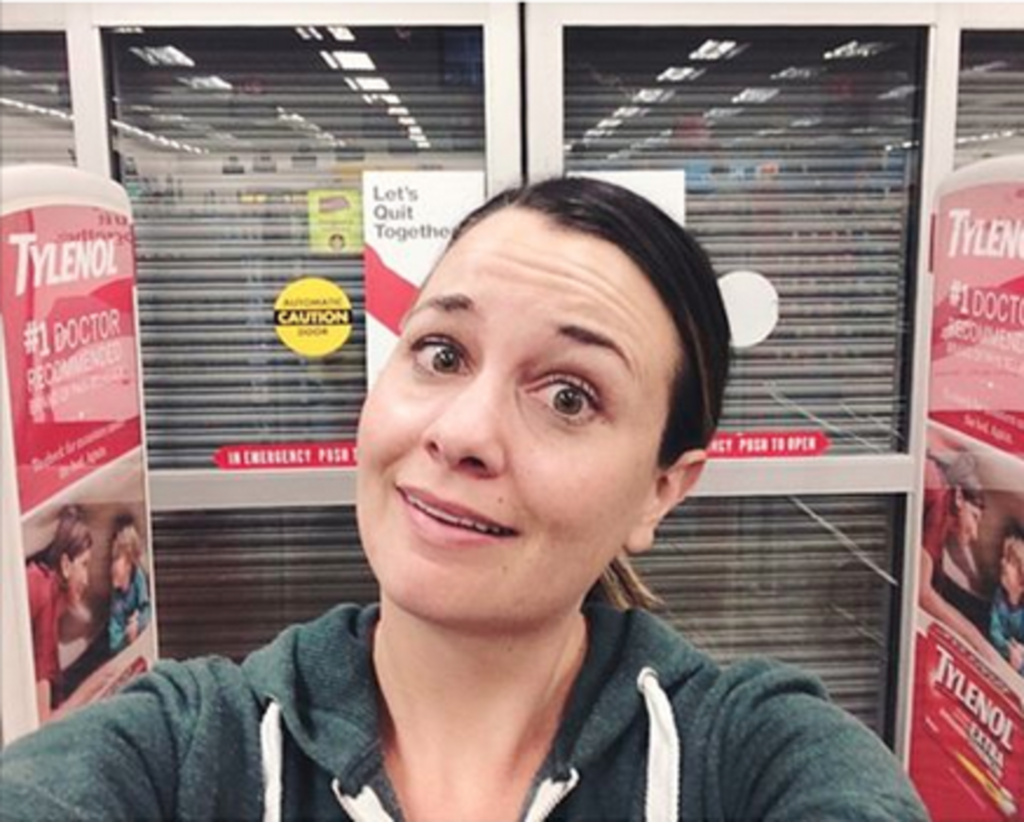 Here’s someone who probably had a stranger Sunday evening than you did: Alyssa DeGraff – a local singer-songwriter who performs as Gardienne – spent an hour and a half locked inside the closed CVS on Holmes and Red Bridge in south Kansas City last night.

DeGraff originally entered the store at 9:45 p.m., she says. She was in search of gummy vitamins. On her quest, she “did the girl thing,” wandering aisles, browsing magazines and contemplating snacks. Believing that the CVS was open past its 10 p.m. closing time – like most drugstores would be – DeGraff was in no hurry. At 10:15 p.m., she went to the counter with her intended purchases. There was no employee in sight.

“I went to the counter to pay, and there wasn’t anyone there, so I started looking for an employee,” DeGraff says over the phone. “I couldn’t find anybody, and then I noticed the garage door was pulled down in front of the doors. The lights were on, the music was on, and there was no announcement that they were closing. I don’t think I even saw an employee from the time I walked in. And I just started laughing so hard I cried. I couldn’t believe it. ”

DeGraff then looked at her phone. Noticing that her battery was at 4 percent, she began to panic.

“I tried calling CVS customer service and realized that there was no live person at all, not at corporate CVS that I could reach,” DeGraff says. “I called 911 and had them put me through to the police because I didn’t know what else to do, and they called me back when my phone was at 1 percent. I was starting to freak out a little then, so I found a USB phone charger and I charged my phone at one of those photo printer kiosk things. I started eating chocolate because I was so stressed out about it. I was trying to make the most out of it with my Facebook feed.”

The CVS phone rang, and DeGraff picked it up. It was the security company. DeGraff explained that she was trapped inside the store, and the stunned security rep alerted the store managers, who appeared with two police officers at 11:30 p.m. to free DeGraff.

“The managers were a little speechless, and they didn’t really say much to me, but the cops thought it was really funny and told me they were surprised I hadn’t opened more things,” DeGraff says, laughing. “I joked that I wasn’t in full-on survival mode yet.”

Then there was a conflict regarding DeGraff’s half-eaten Toblerone bar.

DeGraff says the policemen questioned the managers about their closing procedures, which should have included a closing announcement or a walk-through of the store. DeGraff has since contacted CVS corporate with a formal complaint, mostly because, she says, the manager was kind of “a douchebag” about the whole situation.

“I’m just glad I didn’t have to spend the night,” DeGraff says. “My only regret is that I didn’t get this trending on Twitter with a hashtag like #freealyssa or #walgreensforlife.”