Local folkie Margo May finds her niche — and her voice 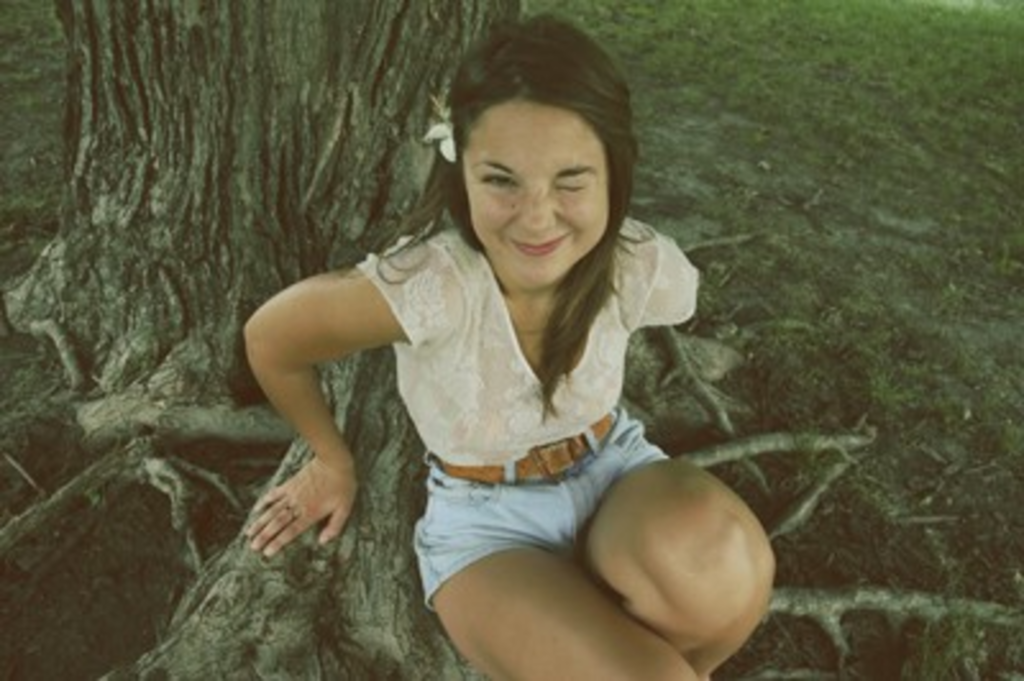 Margaret May isn’t just another girl with a guitar. Crafting melodies that encompass raucous folk-punk and delicate, melancholic balladry, May has made a name for herself in the Kansas City music scene, wooing listeners with her raw, honest lyrics and Americana-infused sound.

“My mom raised me on Joni Mitchell. That’s always my staple,” says May, who spreads the gospel under her nickname, Margo May.

Curled up in an antique chair in her artsy, eclectically appointed home in Brookside, May is fresh-faced, barefoot and lightly tanned, looking completely at home with her acoustic guitar in hand.

“I venture into new things, but my staple is always female folk, which I feel funny about because I think that it’s totally cliché. But it’s what I love,” she says.

Charismatic and utterly charming in person, May exudes an innocence that’s echoed in her music, which blends modern Americana (especially folk artists like Samantha Crain or Jessica Lea Mayfield) with a haunting soprano that evokes singers such as Cat Power and Karen Peris of the Innocence Mission.

“I listen to a lot of female vocalists,” May says. “I actually honestly can say that I have a hard time being into male singers — unless it’s Tom Waits or Johnny Cash. There’s some sort of vulnerability in a woman’s songwriting that I understand.”

May pauses, then laughs. “Obviously, I don’t really understand men to begin with.”

Marked by a fragile intimacy, May’s solo songs feel like whispered stories or lullabies — exactly the effect she’s aiming for.

“When you play a show, you want to make people feel like they’re experiencing a moment,” May says. “I love music that does that, that makes you open something inside of you.”

May plays in bars and clubs across Kansas City with her band, the Honeybabes (including members Grant Buell on electric piano and Seth Jenkins on upright bass), Her music is a sweet secret savored by fans. And May thrives on that connective atmosphere.

“Every time I play a show, I’m going to play a song that I’m never going to play again,” May says, explaining how she seeks to create a personal relationship with her audience. “I want to sing a song that’s a story about myself, so they’ll get to hear it and no one else in the world will.”

Recently transplanting herself to Kansas City from Manhattan, Kansas, May has quickly built up a local following, thanks to gigs at such places as the Brick, the Czar Bar, the Crossroads Infoshop and Davey’s Uptown Ramblers Club (where she has a show August 6).

May finds the change bittersweet: “There’s something about Manhattan that’s so beautiful, but you’re kind of in a sea of nothingness. It can be overwhelming,” she says.

Inspired by the rolling terrain of the Flint Hills, May found herself gravitating toward a more sparse, folk-inspired sound in her songwriting during her three years at Kansas State University.

“When I’m out there in the open country, I listen to old folk like Bob Dylan, because when I think of folk music, I think of being on the road and being in open space. I think of being free. It’s comforting when you’re isolated in a small town to have that feeling of familiarity and history,” she says.

Tapping into that folk tradition is something that May has accomplished with ease and sincerity. Successfully mixing tuneful pop melodies with introspective folk lyricism, she has written songs that are simultaneously confessional, catchy, somber and sweet.

After releasing a set of demos and playing her heart out in a slew of live shows in Kansas City, May will release her own collection of solo songs this fall.

“The album that I’m recording right now is very simple: pretty much Rhodes piano, guitar, and a tiny bit of some strings and ambient-type things,” she explains. “It’s very stripped and a little bit ’90s girl-rock.”

This influence isn’t present only in May’s solo work. She has an all-girl band called French Braid in the works that will highlight the riot-grrrl strain in May’s songwriting along with sunny garage-rock reminiscent of the All Summer Girl Fun Band meeting Sleater-Kinney.

“We’re looking for a drummer,” May says, “but she has to be a girl. I’ve had a lot of guys ask me if they could wear a wig or cross-dress, but you have to be a girl.” May grins. “It’s totally no-boys-allowed.”

Side projects aside, the consistent strength within May’s music — regardless of genre, venue or backing band — is her voice.

After hearing May’s sparse instrumentation and heartfelt vocals (which are decidedly more Chan Marshall than, say, Leona Lewis), most listeners are shocked to learn that May appeared on the latest season of American Idol and made it all the way to Hollywood.

If anything, it’s a weird footnote in May’s career that speaks to her versatility as a musician: “I remember one night, I was playing my guitar for some of the people that worked for American Idol, and they were just like, ‘What the fuck are you doing here? You are so screwed.'”

While May’s delicate folk sound didn’t exactly fit the commercial pop-diva mold, even the Idol judges couldn’t deny the power and personal impact of May’s voice, and that’s exactly what she wants her listeners to go away with.

“When people listen to an album of mine, I think they’re going to think of a voice, not all the stuff that goes into it. I really like the simplicity of that,” she says.

And when it comes to May’s music, simplicity can be downright beautiful.