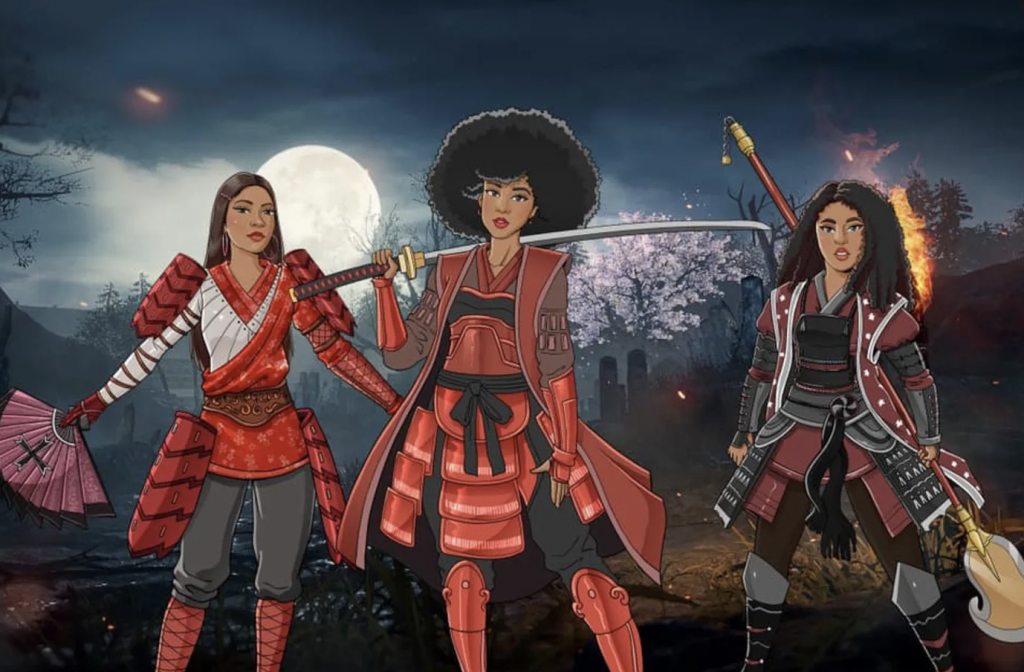 Black Spartans follows heroes Balbino, Dayanita, and Amara as they face challenges that force them to grow their strength and ideologies of the world as they go from town to town fighting mythical creatures. Their ultimate challenge will be facing the Four Great Demons.

As Balbino, Dayanita, and Amara are keeping people safe from mythical creatures, the Oni are working to try to take back what they believe to be their rightful place as the dominant race. To do this, they want to use the power of the Four Great Demons.

“I always thought that it was cool that you could like sit down and write something and create your own world and make it be literally whatever you wanted it to be, but I always thought it was weird that there are so few worlds that are created where blackness is normalized,” says Calloway.

In a study done by National Research Group, two in three Black Americans feel their stories are not being represented on-screen properly according to NBC News. Although this statistic is about television and movies, it can also be applied to comics. When we think of mainstream Marvel or DC Comics, the majority of the leads are white. Calloway and Herron wanted to bring Black representation to comics.

The creative process for Black Spartans started two years ago. Herron helped Calloway turn his story into a script and then the pages were created with the help of two artists and a colorist. The artists were found by going through at least 1,000 artists through #comicbookartists on Instagram. The voices of the artists have never been heard because everything was done virtually. Calloway and Herron have also never met in person. 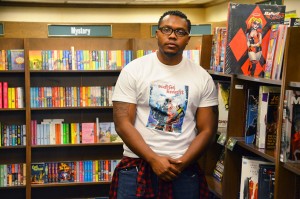 “The pandemic is definitely a traumatic experience for probably

most people but it also did force the realization or the movement, towards, you know, identifying how much could be done virtually,” says Calloway.

When Herron speaks at schools, he tells kids smartphones are a tool, not just something to use social media with. Businesses and projects can be created from our phones. In this day and age, we have knowledge at our fingertips. Herron says he had to go to the encyclopedia to look something up as a child instead of asking Google.

Herron is in the middle of creating an app for comics as well named The Vendors Assistant. When he first started in the comic industry, Herron would ask other creators about vending opportunities, such as Comic-Con or other trade shows, and would often not get a response because he could be competition to the creators.

Herron wanted to give every creator an opportunity to enter the world of comics and other creative outlets. The app would allow people to secure and locate vending opportunities and travel as well as track expenses to strategically save money.

“I’m just so excited for us and I’m so excited for KC,” says Herron, “We just need individuals to get behind us and really know that we’re running a business.”

Black Spartan is taking preorders through Indiegogo and is being released in February. The site has raised 38% of its $3,000 goal. The goal is to have a successful launch of the first chapter and then come back in April to release the second chapter.