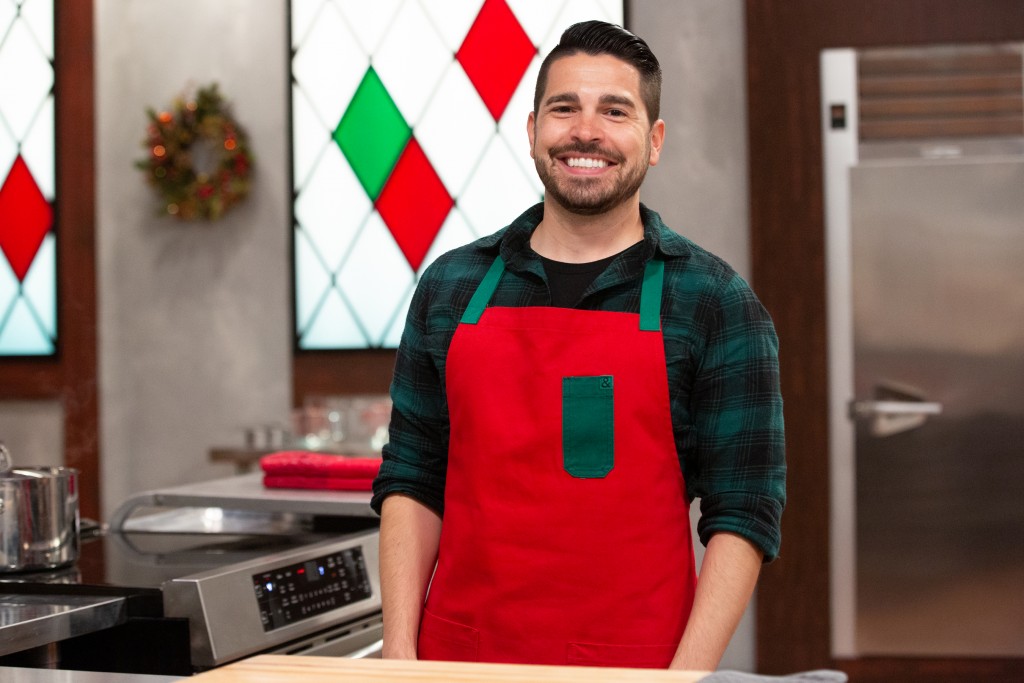 It’s his third appearance in as many years, the affable baker mentions. And he’s hoping to continue his reign of frosting superiority—and yet another $10,000 win.

“I got a call back in March from a producer who pitched the idea of doing an all-winner edition of Christmas Cookie Challenge,” he says. Whaley was chosen out of nearly 30 previous winners and will be duking it out against four other cutthroat cookie makers. “I knew the competition would be even tougher than the first time as all five of us had already proven ourselves in that kitchen,” he says. “We’re not only competing for another $10,000 prize, but also the title of Christmas Cookie Challenge Best of the Best!”

In previous shows (which included a Food Network pilot called Cookie Wars), Whaley relied on his craft with a heaping portion of charm, charisma, and chutzpah to cover nervous energy. This time around, he knew what to expect.

“Even with such high stakes, a lot of the stress and anxiety that I had the first time wasn’t present because I knew what I was getting into,” he says. Whaley’s skillset, meanwhile, has grown by leaps and bounds since his first couple of reality TV outings—and that’s not all.

“My confidence has definitely grown a lot since then, and that’s where improvement begins,” he says. “It sounds so corny, but you have to believe in yourself first and foremost. I also follow a lot of extremely talented bakers on social media who share some pretty amazing tips and tricks with the world. It’s amazing to learn from them, too. The cookie decorating community is a lot bigger than one might think, so when someone learns a new skill, they want to share it with the class so everyone can try it out,” he adds with a laugh. 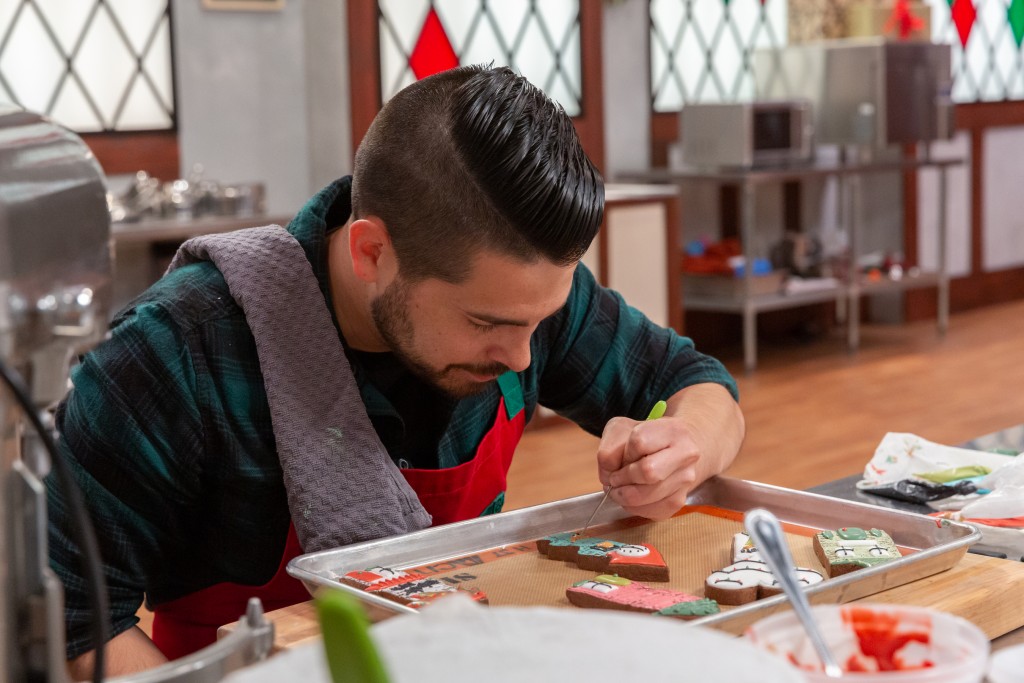 His only regret is that he made the mistake of checking out the Instagram pages of the other competitors. “You suddenly start comparing yourself to your competitors and that self-doubt creeps in,” he quips. “I had to remind myself that regardless of what we can do at home, it ultimately doesn’t matter because once we step in that kitchen, the clock is the great equalizer and everybody is pretty much even. Also, if anyone ever says they’re not nervous, they’re lying.”

When we asked what to anticipate when the show airs, Whaley says to “expect a fun show. You will have a really difficult time choosing just one person to root for. Hell, I’m on the show and I’ll find myself rooting for my competitors. You’ll be able to tell that we’re putting our all into it and are honestly just there to have fun.”

While he’s known for his wildly ornate cookie creations, Whaley admits he’s more of a purist when it comes to eating them. His favorite, you ask? “You can never go wrong with a warm chocolate chip cookie and a big glass of milk,” he says.

Eager to have Whaley Sweet prepare some Christmas cookies for your upcoming holiday event? Welp, get in line. Whaley’s stock (and his Instagram following) goes up every time he competes. This appearance should be no different. Tune in this Thursday evening on the Food Network to see if Whaley secures his third big win in a row.