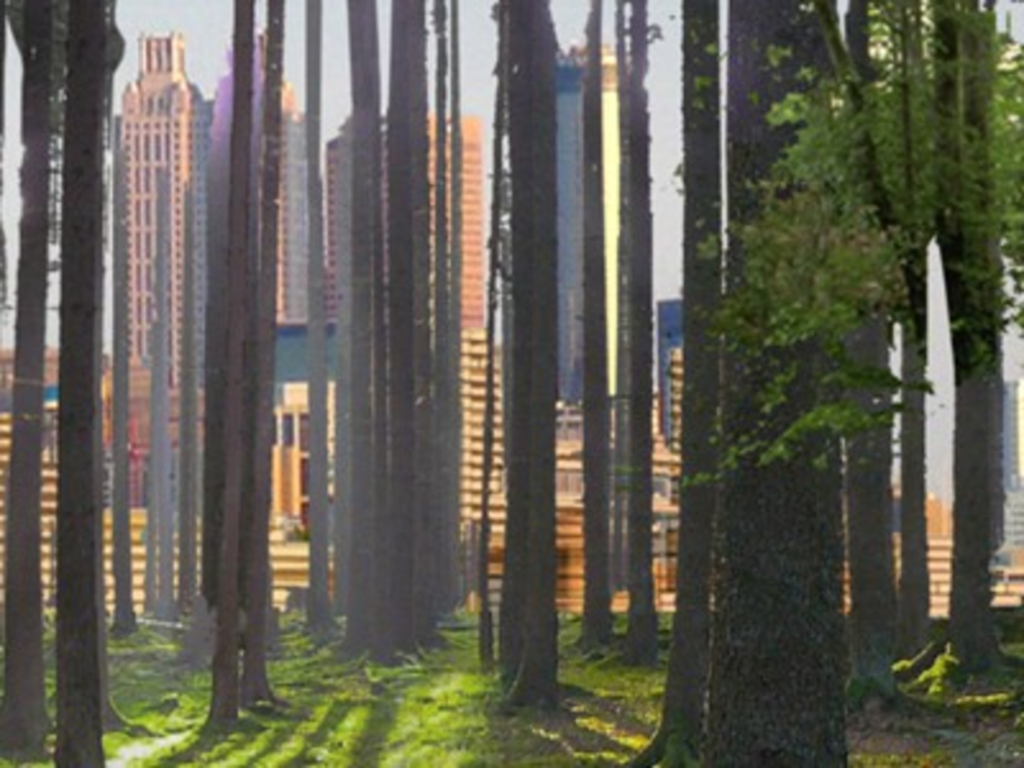 Architecture firm BNIM, which includes green-building visionary Bob Berkebile, took home a prize this week from The History Channel as part of the network’s “City of the Future” challenge. The national competition asked architects to create visionary models for what urban centers could look like in the year 2108.

BNIM, on a design team along with Atlanta-based Praxis, revamped Georgia’s capital city. The group had seven days to come up with a concept, which they presented to a jury of experts. 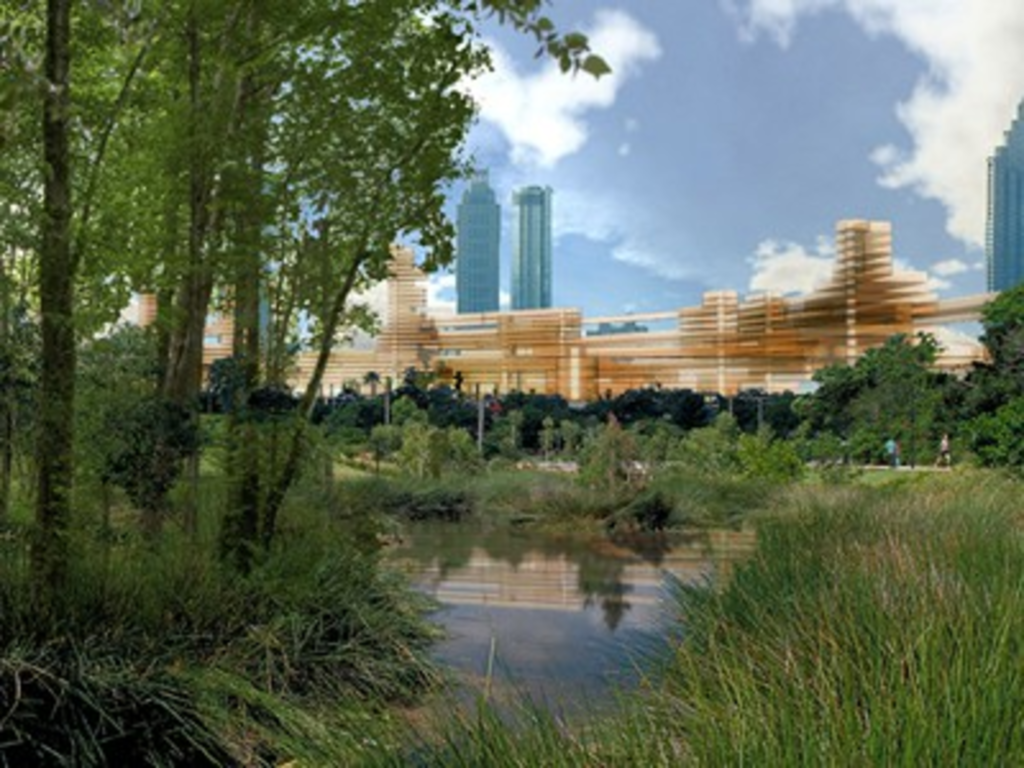 Their vision was decidedly green. In their submission, the BNIM team turned the Atlanta metropolis, with1,900 miles of wastewater and sewer pipes, into “The City in the Trees,” where swaths of forests and wetlands cleanse and store the city’s water — not to mention purify the air and beautify the region.

It was enough to earn the four-firm team a $10,000 prize as one of three regional finalists. After weeks of online voting, the team took home the national award last night. 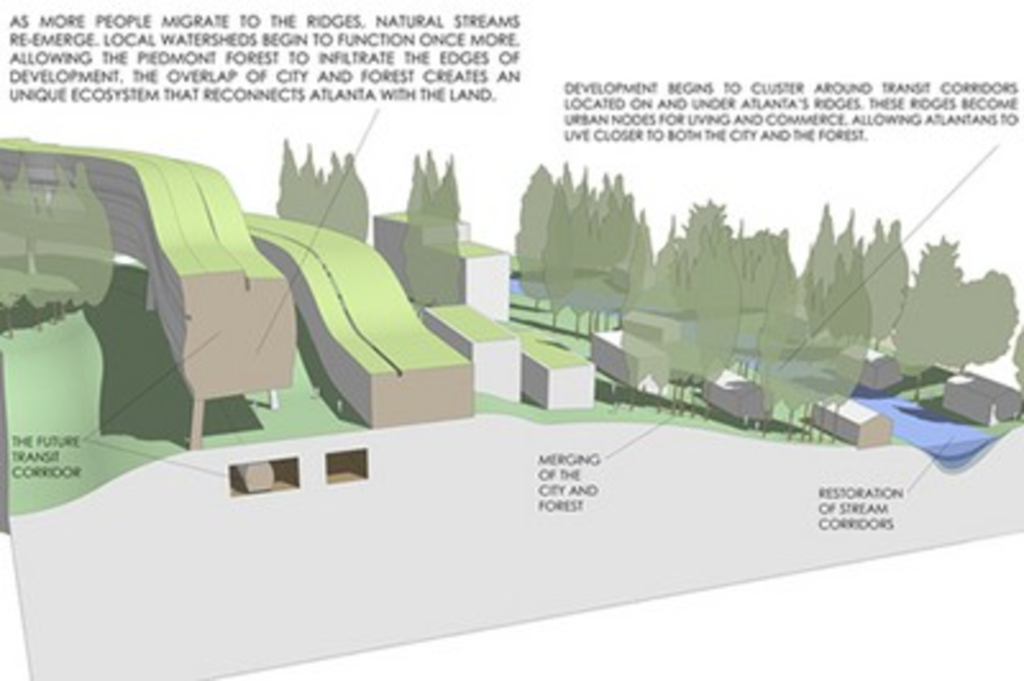 But it’s all just an exercise in utopian thinking, right? Maybe not. Like Atlanta, Kansas City has a massive stormwater and sewage problem and BNIM is working with municipal officials to use green ideas to deal with the billion-dollar conundrum. Sure, it’s the stuff of the next century, but even environmental misers couldn’t argue with Kansas City looking a like more like the images the team dreamed up.