Load That Plate Up, Up and Away 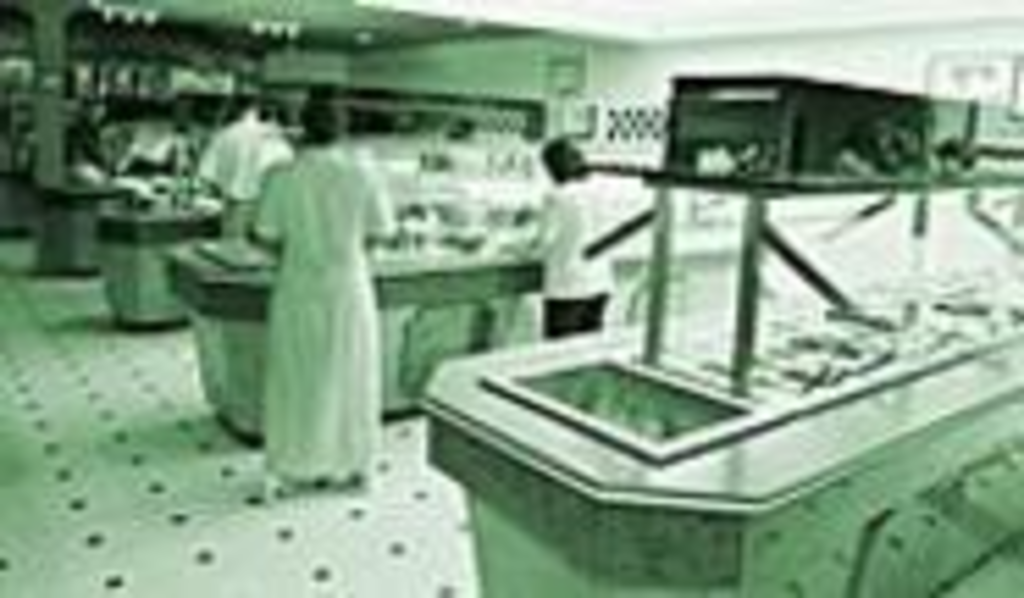 Hey, look up there at 117th and Metcalf! It’s not a bird, it’s not a plane, it’s Super Buffet! It’s big, it’s loaded with food, and it has all the charm of a factory lunchroom.

“It’s ugly,” sniffed my friend Judy, who wasn’t impressed by either the food or the decor. “It’s more VFW hall than Chinatown.”

“No, it’s fabulous,” countered Chris, who joined me for my first meal in the plum-colored building just west of the Best Buy store. The slightly Mediterranean building sat empty for a long time after its former tenant, Rock Bottom Brewery, hit rock bottom and moved out. But the place was actually constructed in the early 1990s as the home of another buffet concept, Trotter’s Barbecue. When that trotted off, a sports bar called Chammps Americana played briefly in the space.

And now it’s simply the Super Buffet, a vague title for a primarily Chinese restaurant that also serves Japanese-style sushi and a smattering of good ol’ U.S. of A. dishes, such as “prime ribs,” corn on the cob, and apple pie.

“It’s like a casino buffet in the middle of a shopping strip,” Chris said. He had already investigated the place with some friends and they had eaten, he said, until they could eat no more.

Like the all-you-can-eat buffets at our local casinos, there’s a hog-trough mentality to this kind of restaurant. You pay a flat fee for your meal — so, darn it, you’re gonna try everything you can before your pants split. And at the Super Buffet, customers are encouraged to eat, eat, eat.

After they walk through the glass doors, guests step past a couple of Mandarin red columns and a little fountain with a happy-faced ceramic frog spewing water, and up a ramp, where they get the first view of the main room adjacent to the kitchen — buffet central — where three shiny steam tables share space with three other well-laden tables (all tidily outfitted with glass “sneeze guards”) devoted to salad items, desserts, and fruit.

As is the standard at most buffet restaurants, Super Buffet operates by having the customers do much of the work themselves (including carving their own “prime ribs”). The giggly young females on the serving staff occasionally break away from their huddle to offer a drink, remove an empty plate, or hand over the check. It’s a smoothly run facility, with an endless supply of china plates and soup bowls and steam-table compartments that are kept brimming with all of the fare you’d expect at one of Overland Park’s many Chinese buffets (vats of sticky-sweet Sesame Chicken, crunchy chicken with cashews, a bland Seafood Combination) — and a couple of things you wouldn’t.

Boiled crawfish, for example, still steamy in their fire-engine-red shells. Or chewy rings of squid, pan-fried with salt, onion, and peppers. Or, for a more ersatz Italian touch, a chicken marsala that’s soggy strips of sautéed chicken in a tasteless, corn-starchy sauce. It’s a wild and wacky world of international dining, with seemingly no rhyme or reason for why one vat of food — an overdressed Caesar salad next to the pile of pink cocktail shrimp still in their shells, next to some gloppy concoction I couldn’t begin to identify — is in this spot instead of that one. But that’s one of the charms of this temple to gluttony: The more you walk around the food display, the more stuff you’re tempted to taste.

Customers greedily pile their plates with food as if Gary Lezak had forecast a famine on the evening news. At one table close to ours, I watched in fascination as a young mother fed fried chicken nuggets and pork egg rolls to a toddler who was so fat he could barely squeeze into his high chair. “Mama! More egg roll!” he screamed, sounding remarkably like the man-eating plant in Little Shop of Horrors.

I wanted to nominate the kid for one of those “America’s Fattest Babies” features in a supermarket tabloid, but by the time I had zipped through the appetizer selection, picking up a few crab rangoon here, fried scallops (not hot, but plump and sweet) there, stuffed mushrooms and steamed dumplings from one corner, and teriyaki chicken on a stick from the other, I felt like nominating myself for the same honor.

Here’s another problem with big buffet restaurants: The price — $10.99 for dinner, beverages extra — isn’t exactly cheap but isn’t budget-breaking, especially if you plan ahead (a day of fasting, maybe) and really hustle to get your money’s worth by sampling everything you see. After 20 minutes of appetizer stuffing (which included two of the six featured soups bubbling on the display), I was already full and I hadn’t even touched the prime ribs, the skinny boiled crab legs, the lo-mein noodles, or the sushi.

And if you knew sushi like I know sushi, you too might be underwhelmed by the four different — very basic — kinds of rice-wrapped rolls (mostly vegetarian). But they tasted fresh and were even better dipped into the restaurant’s unique ready-blended wasabi, a pale green concoction that looks just like prepackaged guacamole and has the consistency of melted ice cream but is so loaded with horseradish it tastes like liquid fire.

Care for something sweeter with your sushi and your light, crispy crab rangoon? There’s a cherry-colored duck sauce a few feet away, tucked among the tubs of salad dressings, the chopped olives, and the croutons. But please don’t joggle the other diners hovering around the steam tables and acting a little pushy, like the man babbling into a cell phone and simultaneously lifting every barbecued spare rib onto his already-groaning plate.

Chris and I would scurry back and forth from the steam tables to our booth, where the wooden tabletop was adorned only with one of those ubiquitious Chinese Zodiac paper placemats and a cloth napkin wrapped around a set of silverware, as well as an additional paper napkin. That extra napkin proved to be indispensable later in the meal, when I discreetly deposited a half-chewed piece of the very well-done prime rib, which was as chewy as leather and salty too. Super, it wasn’t.

The best part of any meal here is a visit to the fancy dessert table. I suggest heading to it as quickly as possible, bypassing the more plebian fruit display, with its bowls of grapes and melon cubes, orange wedges, and cut fresh bananas drowning in a sticky red syrup. Step past the chocolate pudding, the tapioca, and the bowls of canned pineapple, pears, and mandarin oranges and go straight for the really good stuff.

The dessert table boasts a pretty elaborate collection of sweets: flaky eclairs stuffed with cream; a mound of almond cookies; cubes of iced carrot, toasted coconut, and pink cake; and round sesame balls filled with sweet bean paste. And if you can stand to taste just one more thing, a noisy soft-serve ice cream machine spews out ribbons of vanilla or chocolate ice cream.

The Super Buffet wins lots of points for sheer culinary volume — there’s no way you could heap food off of all those tables in a single bound. But finding the best items takes X-ray vision.