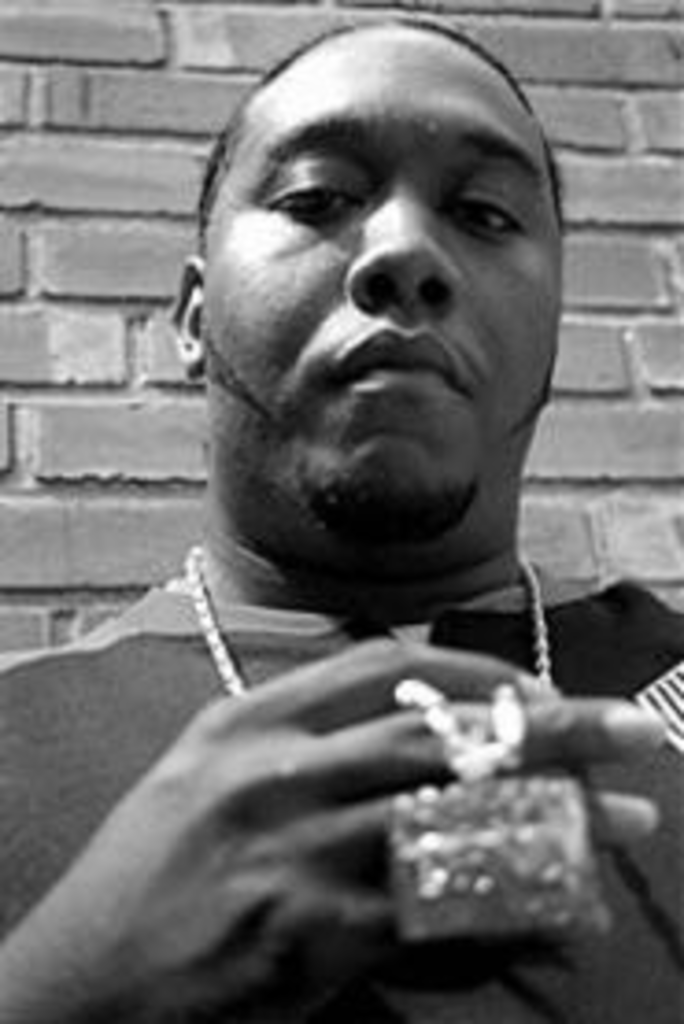 In just a few months, XTA-C has gone from an underground also-ran to a local celebrity. However, life at the top hasn’t been one big Cristal-poppin’ party. Allegations of payola, conflicts with former collaborators, and rumors that it’s no longer safe for him to walk the streets of Kansas City have accompanied his newfound fame.

XTA-C’s single “So Heavy” has become one of the most requested songs on KPRS 103.3, and it’s showing no signs of slowing down. It’s been near the top of the station’s Hot 8 at 8 for more than ten weeks, according to Myron Fears, the station’s music director. Not since The 57th Street Rogue Dog Villians’ 2000 summer anthem “Let’s Get Crunked Up” has a rap song from a local artist gotten so many spins.

The song’s snowballing popularity surprised its composer. “A few DJs were spinning it in the clubs, and the next thing I knew it was on the radio,” he explains. “I didn’t know the clubs were playing it. I gave the song to only a couple of DJs, and soon every DJ that spins hip-hop in town had it and was playing it.”

“So Heavy” initially appeared on the Killa Unit EP Move in Silence. XTA-C produced every track on that compilation, which was released in August 2002. “I actually didn’t like the song,” XTA-C says. “I wasn’t feelin’ it. My squad made me put it on the EP.”

Demand for “So Heavy” had folks running all over town in search of the single. Move in Silence was available only at 7th Heaven on Troost, and fans were confused when they asked for “So Heavy” and were handed a copy of the EP. The general response was, “We want XTA-C, not a compilation of other artists.”

To capitalize on “So Heavy,” XTA-C rushed to the lab to complete a solo album. He found himself dividing his time between recording and promoting his hot single. Meanwhile, his seemingly overnight success had other local rappers crying foul and accusing him of buying his way into radio rotation.

“That ain’t nothin’ but a street rumor,” XTA-C says. “I ain’t never paid for nothin’ to be on the radio, nor would I ever.”

XTA-C, who produced the hypnotic, trunk-thumpin’ beat for “So Heavy,” also recorded a version of the song with local rapper Bugsy. Bugsy then used the same beat and recorded his own take. All three versions were submitted to Hot 103 Jamz for airplay consideration, but it was XTA-C’s that got into rotation. This caused a rift between the two that allegedly erupted this spring at 7th Heaven, where XTA-C was promoting his single during a 103.3 remote.

XTA-C denies that he and Bugsy came to blows, and no charges were filed. Nonetheless, word was that XTA-C had been beat down and was scared to appear in public after the fallout. XTA-C declined to talk about the alleged incident or his current relationship with Bugsy. Bugsy was not available for comment.

The rumors intensified in volume when XTA-C failed to perform at the May Day Beach Bash at the Heart Drive-In fairgrounds weeks after the alleged 7th Heaven scuffle.

“It started raining, and the promoters pulled the plug before we could get to perform,” XTA-C explains. “They canceled the rest of the show because they didn’t want anyone to get electrocuted and they didn’t want the equipment to get damaged.”

Recently, XTA-C has been venturing out in public and causing a stir wherever he goes. At a screening for 2 Fast 2 Furious, the rapper, wearing his trademark uniform — a throwback basketball jersey, baseball cap and fresh-out-of-the-box sneakers — signed several autographs for fans.

XTA-C actually recorded a track, “Sizzle,” for the 2 Fast 2 Furious soundtrack. The song got bumped from the disc, but it now appears on his solo joint. “I wish I could have been on there, but that’s the business,” he says.

Capitalizing on his new following, XTA-C headlined the annual Juneteenth celebration, where he rocked the mic in front of thousands of enthusiastic young fans. “The kids are the ones that really feel me,” says the rapper, who claims he doesn’t smoke or drink. “They are feelin’ me so much that I’ve changed my style so I’m not so hardcore all of the time. They want more stuff like ‘So Heavy,’ so I gotta give it to them.”

His solo album Mr. So Heavy (which includes “So Heavy”) is out now, and he is negotiating with major labels. “I have three major offers,” he says. “But you know I can’t say who.”

“So Heavy” now gets spins in other parts of the country, and XTA-C has recorded customized versions of the track for Las Vegas, Los Angeles, Atlanta and Baton Rouge, Louisiana. A tour that would hit those cities is in the works.

Mr. So Heavy isn’t XTA-C’s first album. In 2000, he released Ball’n, Play’n, and Parlay’n. The album showcased XTA-C’s production talent and his flow, but it didn’t connect with the public. XTA-C didn’t give up, despite the lukewarm reception. He grew up in Kansas City, and his longtime connections with other local rappers helped him to survive on the scene by producing tracks for other artists.

XTA-C, born Ser Oliver, began rapping as a kid in the early ’80s. He grew up on 39th Street, between Paseo and Woodland. He attended Southwest High School back when it was Hip-Hop High, during the years that Tech N9ne, members of the 57th Street Rogue Dog Villians and producer Don Juan roamed its gang-infested halls.

“We was all friends and hung out, but we didn’t rap together,” XTA-C says. “The rappin’ and producing all came later.”

After graduating, XTA-C worked several odd jobs during the day and recorded at night. He moved to Muskogee, Oklahoma, then flipped to Baton Rouge. Eventually, he landed back in Kansas City, where he founded Droppin’ Platinum Entertainment in 1999. The label now includes a stable of up-and-coming talent, including Chalk, LilTwoine, .50 Kal, Rece the Ripper, El Gold Mouth, Christopher Ryan Sutter Cain and female R&B vocalist Re_Laxx.

At one point, XTA-C focused primarily on producing and running the business side of the label. Now, he’s spending most of his time on the music.

“I never really gave the music side up,” he says. “It’s just that now everything is happening at a different level.”

XTA-C is at a level few local rappers ever reach, but he doesn’t believe he has plateaued. Still, regardless of where his career goes from here, XTA-C is in the Kansas City hip-hop history book as the kid who dropped 2003’s summer anthem.

“I appreciate the love that I’m getting, but I worked hard for this,” he says. “I ain’t trippin’ on the success of the song, because I’ve got a long way to go and a lot more work to do.”