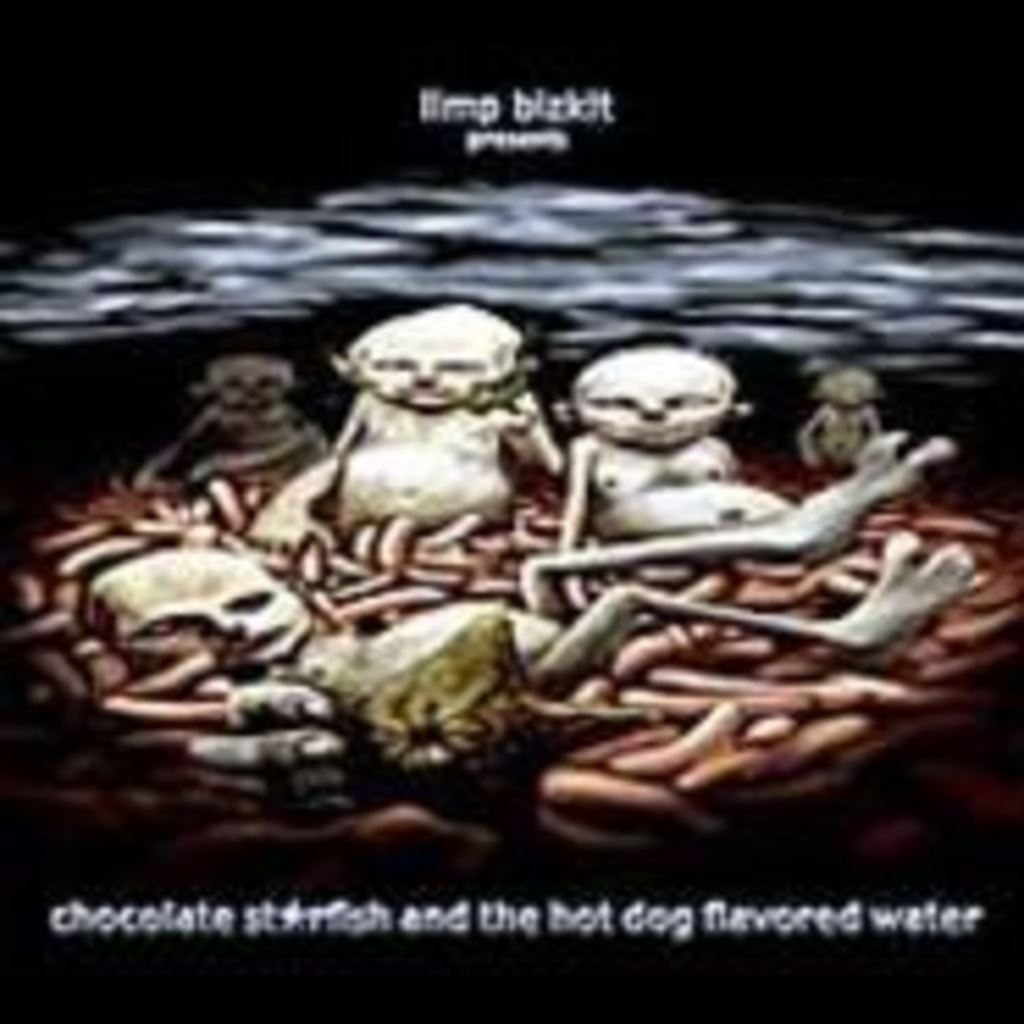 Considering the enormous popularity of Limp Bizkit and the enormous pretense of an album named Chocolate Starfish and the Hot Dog Flavored Water, here’s hoping this record spawns a video that ends with frontman Fred Durst jumping off his yacht and seemingly drowning, his red hat bobbing in the ocean until the storyline continues in the next epic video. In other words, Chocolate Starfish is the most self-important, somewhat worthwhile release by a crowd-pleasing, critically despised band since Guns N’ Roses gave us not one but two ways to use our illusion. Durst practically admits this when he screams Welcome to the jungle during “My Generation,” an attempt by a man near 30 to entice revolution by promoting apathy.

Durst’s lyrics rarely get deeper than We don’t give a fuck/and we won’t ever give a fuck/until you give a fuck about me/and my generation, and they seldom deserve much analysis. He enjoys swiping others’ melodies for his own ends, such as the Eagles-biting “Livin’ It Up,” on which he brags about hitting on Christina Aguilera and dating Playboy models while insisting he’s just like his fans. Or there’s the lead-off track, “Hot Dog,” which jumbles together Nine Inch Nails lyrics to address Trent Reznor’s making fun of Durst and how this makes him feel. (In case you haven’t figured out how this sort of thing makes Durst feel, he also states that this fucked-up rhyme uses the word “fuck” 46 times.) The best moment comes when Durst finally figures out a way to write about something other than pimpin’, bad reviews, and ex-girlfriends. “It’ll Be Ok,” a touching portrait of a teenager driven to suicide by loneliness, isn’t just the best song on the album, but it’s also the best thing this band has ever done, period. Limp Bizkit enforces restraint and melody instead of thrash, and Durst uses insight and compassion instead of anger, and for about five minutes, the band seems like something more than soulless dumb fun.

With the personnel it has assembled, Limp Bizkit should be capable of scoring more than one standout track per album. Durst’s red cap serves as a lightning rod for critics and a beacon for starstuck fans, but his oft-ignored supporting cast deserves attention. Drummer John Otto and bassist Sam Rivers, both classically trained jazz musicians, provide languid, chill-out moments as well as bouncy, staccato, mosh-pit-ready rhythms. Guitarist Wes Borland likes to name-check such avant-garde innovators as John Zorn and Aphex Twin as primary influences, but while his playing can sometimes show hints of ambience or subtle texture, he’s best known for playing standard rap/metal stop-start riffs. Rounding out the crew is DJ Lethal, who makes “wicky-wicky” noises in the background and adds extra static and low-end to the sound.

While certainly competent, the Bizkit suffers in comparison to Korn and Rage Against the Machine, as Durst and company lack both of those bands’ groundbreaking, genre-creating inventiveness, not to mention Korn’s (usually) genuine sense of twistedness or Rage’s political zeal. It’s best not to put Limp Bizkit in a category with bands that, while misguided at times, try to push music forward and make a statement, because that’s not a boat that the Bizkit can float, hot-dog-flavored water or not.

Instead, Limp Bizkit keeps alive the corporate-funded danger and big dumb fun of AC/DC, Van Halen, and Guns N’ Roses. Like the singers of such groups, Durst knows how to market himself as an idol to frustrated teenagers and put-upon underdogs everywhere. While whiny, repetitive, and often silly, Limp Bizkit’s songs shamelessly give the people what they want. And there’s no reason to believe Limp Bizkit won’t join its arena-filling precursors as a hot karaoke pick a decade down the road, as today’s disgruntled youths look back on the band with fond memories and vague embarrassment.