Lightyear takes audiences to infinity and beyond the average spinoff backstory 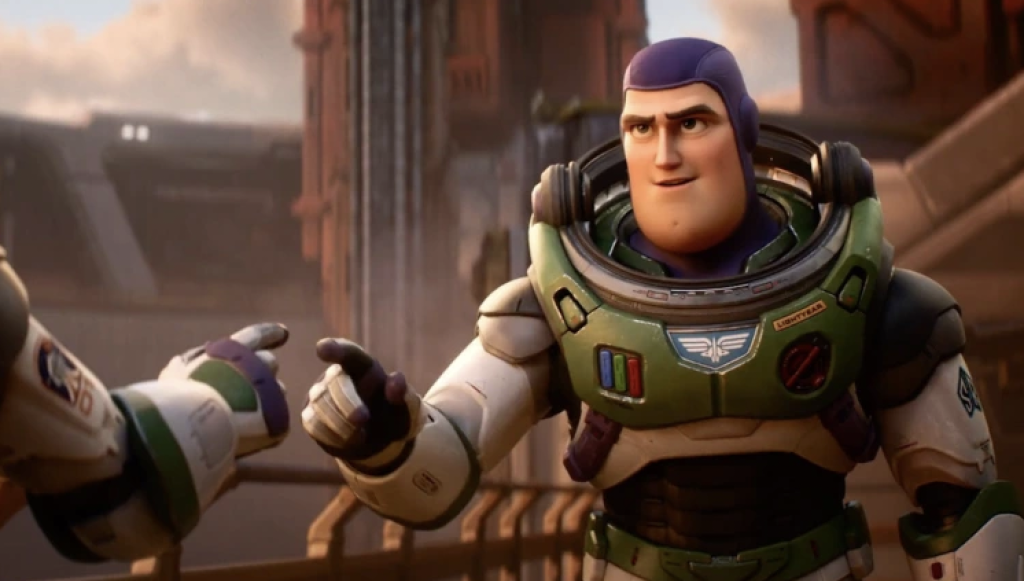 I am deeply suspicious of any spinoff that aims to give a backstory to media from my childhood. Given that they tend to cheapen the magic by over-explanation, I was naturally distrustful of Disney and Pixar’s Lightyear when I first saw the trailer.

Initially, you might ask, “Who is this movie for?” Toy Story is enduring, but is Lightyear trying to market off the nostalgia of adults who grew up with the original, or is it trying to do something new?

The answer is a little of both.

Buzz Lightyear (Chris Evans) finds himself far from home when his spaceship crash lands on a foreign planet. In attempting to get himself and his crew off of it, he makes a mistake that results in his team being grounded for a year. When the time comes to try again, Buzz falls repeatedly short of achieving hyperspeed, and loses years of his life in the process. His best friend Commander Alisha Hawthorne (Uzo Aduba) grows old while he’s away, until one day he comes back and finds himself teaming up with her granddaughter Izzy (Keke Palmer) instead.

Toy Story viewers will recall that Zurg is Buzz’s archnemesis. Zurg (James Brolin) is the villain in this installment, too, along with his battalion of robots. Buzz has to prove that has what it takes to beat him—and not just physically. Buzz’s mission requires a lot of heart, of which he proves he has plenty. This Buzz isn’t the himbo you might expect. He can do math, even in life-threatening situations. Despite his lone ranger routine, he’s not an asshole or a spotlight hog. He’s a character worth rooting for.

Lightyear is as poignant as a movie like Interstellar, with a great sense of humor to boot. The animated action sequences are more compelling than most live-action movies. Plus, there’s a delightful robo-cat named Sox (Peter Sohn) who’s here to steal your heart—and eventually money, as an IRL tie-in toy).

If you’re critical of animated movies that hire big-name stars over professional voice actors, know that there’s little to fear in this instance. Evans, Palmer, and Taika Waititi (who plays unwilling rookie Mo Morrison) have it covered with skillful performances.

Lightyear also includes a diverse cast of characters whose relationships with each other meaningfully contribute to the plot.

Commander Hawthorne’s love story (the subject of recent controversy over Disney’s initial decision to remove it from the film) is the heartbeat of the movie, guiding other characters to make the best decisions. While she and her wife aren’t on-screen for most of the run-time, their influence is ever-present. Mo is able to overcome his cowardly impulses to help his team. He fights the urge to run and instead stands his ground with his crew.

For his part, Buzz’s arc is so well-developed that it’s easy to see why he became Andy’s favorite toy. He’s not just a cool spaceman. He’s the hero that Star Command doesn’t deserve. All together, the story and characters take Lightyear from a weird tie-in nobody asked for to something really special. 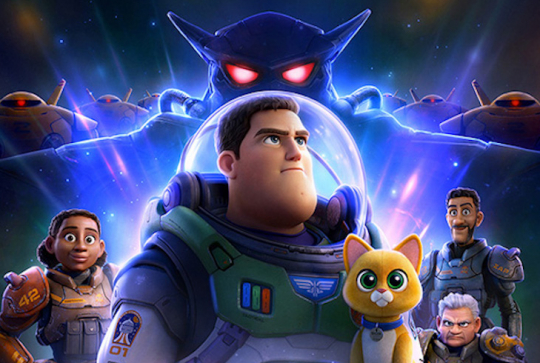