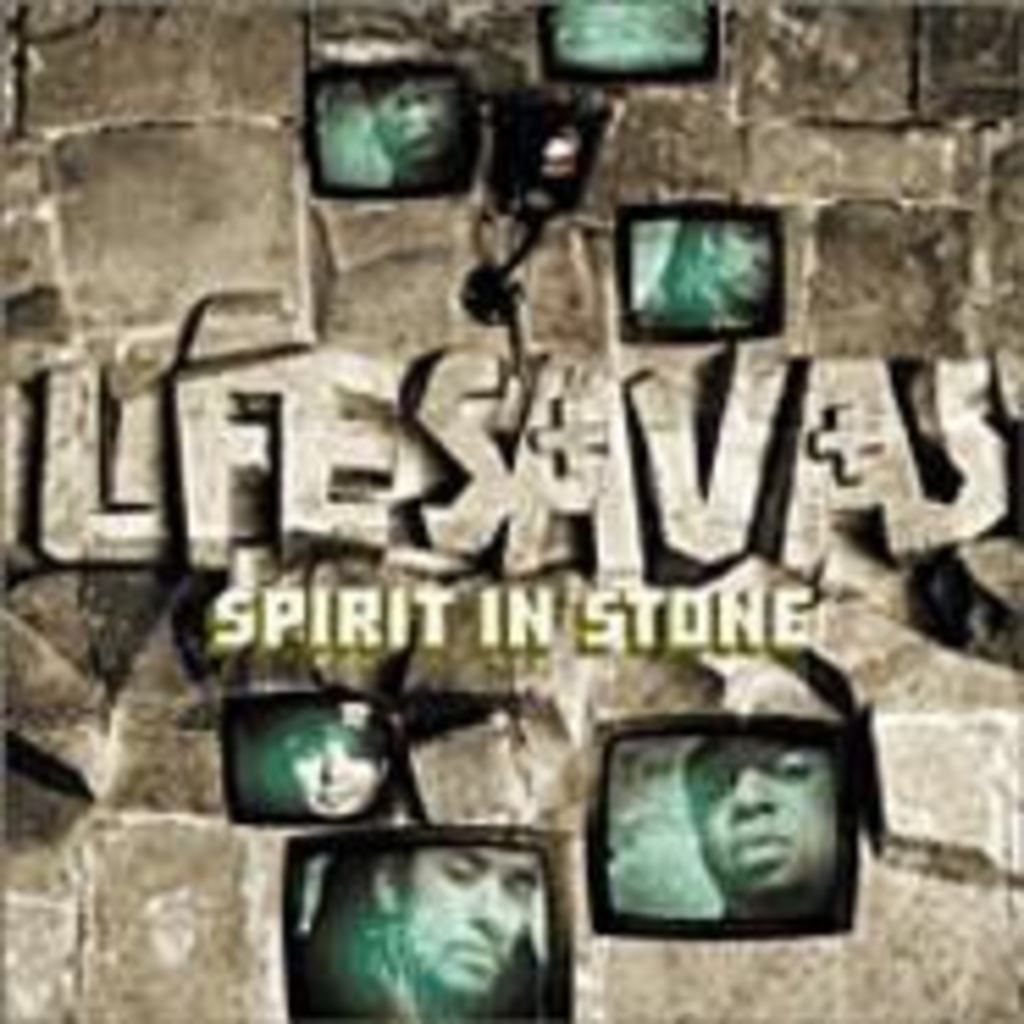 Subterranean hip-hop generally doesn’t trade in platinum, ice, wicked whips and gargantuan stacks o’ cash. The main currency is credibility. And few labels possess more cred than Quannum Projects, home to Blackalicious, DJ Shadow and Lyrics Born. Ever since 2001, when the Lifesavas became the first rap act the superpicky West Coast label had signed in years, the Portland, Oregon, group has been saddled with high expectations. Spirit in Stone, Lifesavas’ debut, does Quannum proud with deft linguistics, bumpin’ beats, and plenty of Golden Age inspiration. Through 65 minutes of funk-soul-jazz-steeped flavor, MCs Jumbo the Garbageman and Vursatyl work the flow with the poise of old-school vets, sprinkling serious messages with seriously dexterous rhymes. “Soldierfied” examines personal responsibility and the blame game (The white man ain’t pulled the trigger and took it too far/The white man ain’t goin’ to jail, nigga, you are), and “What If It’s True?” shines a light on closet bigots. Maybe I’m really on your team, Vursatyl ponders optimistically before a cynical conclusion: You lock your car door as I walk by. The brilliantly comical “Hellohihey,” a send-up of ego-driven rappers, is performed to multiple-personality perfection by Vursatyl. One of the caricatures sniffs at the Lifesavas, Ya’ll startin‘ ta swell, but a cameo from me would really boost your record sales. They don’t need any help, though — Spirit in Stone already belongs on your must-hear list.