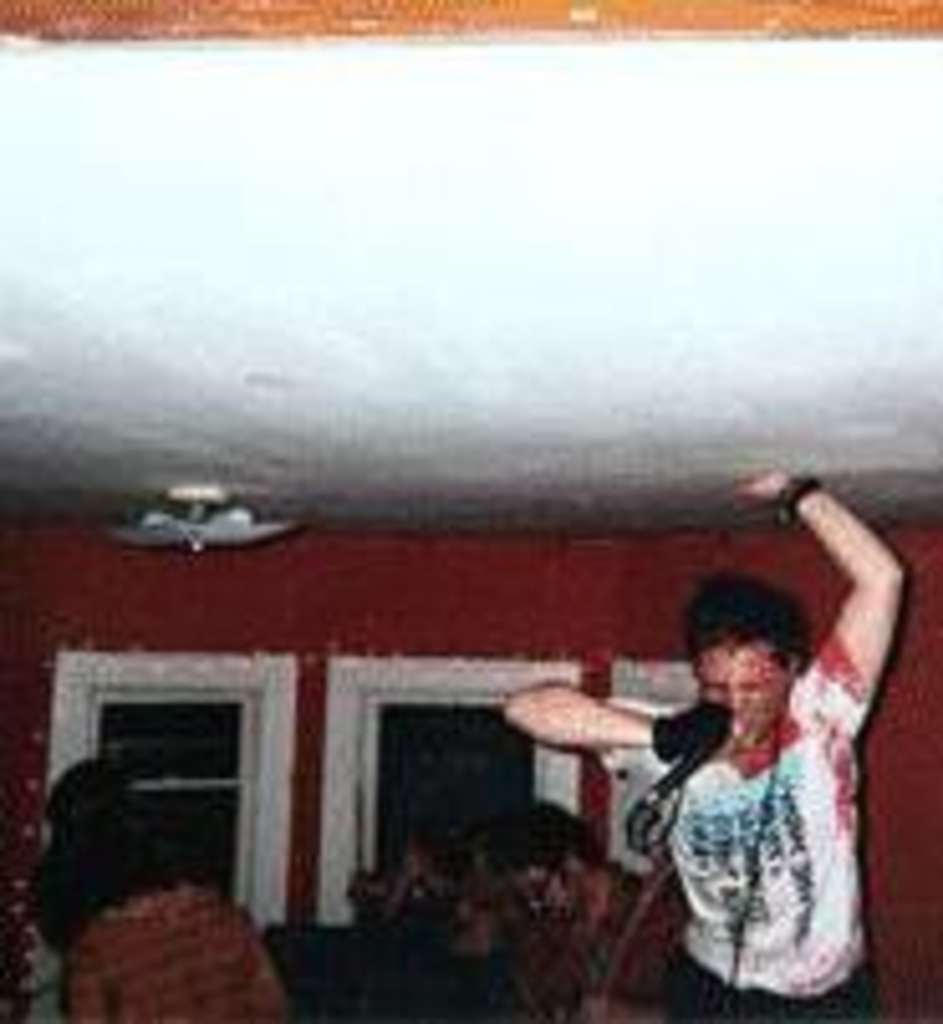 So you arrive home late from the third Get Up Kids reunion show this month, wasted and agitated, only to find your dog hanging from the ceiling fan by his entrails. The horrific scene is further compounded by the scratched CD skipping on a moment of grating guitar feedback on your stereo. That rhythm, it turns out — and the tone, at least, of the accompanying imagery — is the life soundtrack that Kansas City’s depraved art-ghetto-scenesters-cum-noise-music-activists I Don’t Do Gentlemen meticulously compose.

After all, who needs a KC band to sound like a KC band? Gentlemen offers the best of the Rhode Island noise scene (bands such as Lightning Bolt and Sinking Body), and it’s going at it in a big-guitar, cry-baby rock circuit.

“For a while, I thought I didn’t really know how to describe the I Don’t Do Gentlemen sound, but I really cracked the code the other day, and I am being completely serious,” says bassist Rachel “Omega” Helm, who also plays with the Ssion. “So maybe a noisy, freakout cover of [Marilyn Manson’s] ‘Dopehat’ is our sound sometimes.”

Made up of four chaotic, fractured personalities, I Don’t Do Gentlemen experiments with noises more than song structure, producing a sound that evokes Wolf Eyes caught in a tantric orgy with Erase Errata and Prurient. Frontman and knob twister Grant “Intolerable Kidd” Corum moans and yelps as he engages listeners in a spasmodic mating dance. Tights-wearing guitarist Sean “Fussy” Semones batters and claws at his guitar, spending more time on the floor than on his feet as Helm works the bass with relative calm and percussionist Jeffrey “Rocketmild” Kologe freaks out on his drums like a speedballing preschooler. Their collective enthusiasm has resulted in raw meat being hurled across venues, peanut butter being splattered on ceilings, and memorable musical outings for local adorers of the outré.

The members of I Don’t Do Gentlemen actively participate in a number of local bands, including the Sperm, Spermicide, the semi-defunct Curse of Dick Wilson, Bigger Nigger, and Ssion.

“Kansas City’s musical culture is made wonderful and rare because of bighearted people who collaborate and tromp fearlessly through musical doorways,” Kologe says. He lists Bill McKemy, J.A.M. the Moonchild, Mr. Dovebelly and “a variety of face-changing derelicts within the Wheelchair to the Pulpit system.”

“I really love that on some nights, without spending a dollar, you can get bug-eyed sideways on local beer and watch the Gamelan Orchestra in a warehouse downtown,” he adds.

From Wheelchair to the Pulpit, of which I Don’t Do Gentlemen is a part, is a record label and collective that Corum is launching. He started it out of a love for experimental music and a desire to create professional-quality visual and musical products. Now, it’s pretty much the only label that showcases local noise outfits.

“My main focus is on silk-screened packaging for the CDs, tapes, records and comics in smaller runs,” he says. “[I feel that] people don’t show very many productions that are truly unique. Archaic technologies, multiple discs, odd packaging, vinyl and strange additional supplements appeal to me.”

To support the release of its debut full-length, Totally Beyond Criticism, on Baltimore electronic label HereSee, I Don’t Do Gentlemen will be heading out on an East Coast tour in April, which will pair the band with various noise acts across the country. Gentlemen’s commitment to the KC house-party scene, however, ensures that it will destroy a basement near you again very soon.