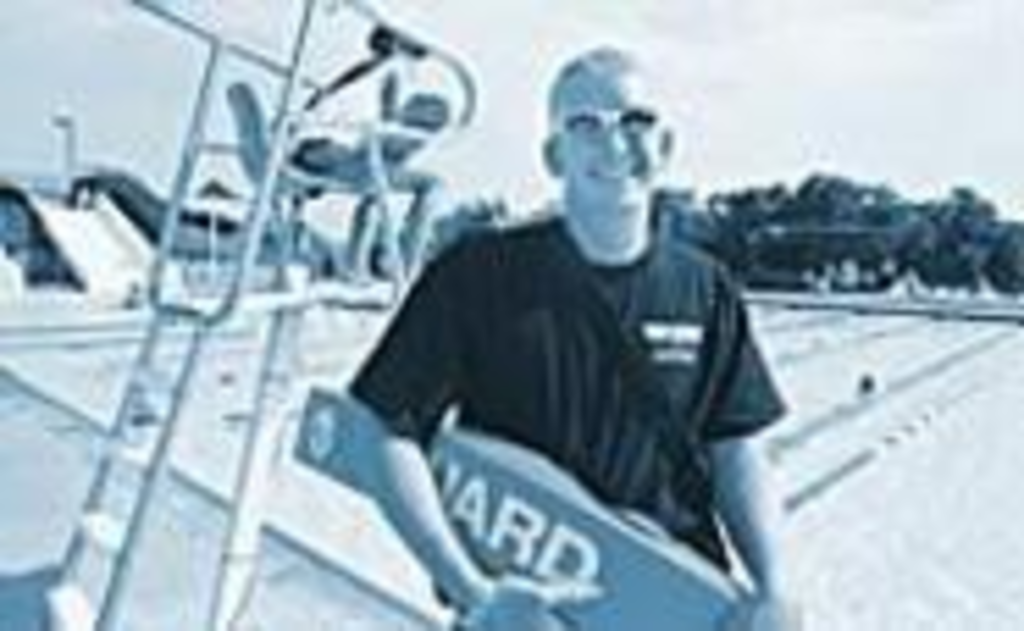 Not usually thought of as a sport, lifeguarding is associated more often with sunblock, poolside lounging, and Baywatch than with competitive endeavors. But in fact good lifeguards combine athleticism, skill, stamina, and the ability to think and act quickly — just like in any traditional sport.

“We tell ’em when they first come to our class, ‘If you’re here to look at the opposite sex in bathing suits and get a tan, then you need to leave, because that’s not what it’s about,'” says Overland Park Aquatics Supervisor Chris Shillcutt. “It’s a lot of responsibility thrown on some very young kids.

“I tell ’em, ‘If that’s somebody in your family laying there on the ground not breathing or their heart’s not beating, how well do you wanna know your skills?’ When you lay it to ’em on the line like that, then they understand.”

In Overland Park, those kids handle their responsibilities like professionals, and they have a first-place finish at the Jeff Ellis & Associates National Lifeguard Competition to prove it. Earlier this month Vicky Gay, Eric McCullough, Kylee Scott, and Wes Walter beat out 23 other teams at Six Flags in San Antonio, Texas, to become the national lifeguard champions. The competition involved two emergency scenarios and one rescue relay.

“In these scenarios, you walk up to the pool and you don’t know what’s going on; you’ve got to do a great job scanning … and then something happens.”

On the big day, Shillcutt says lifeguard teams were faced with a scenario in which a woman gave birth on the pool deck, and then she and the infant stopped breathing. Guards were equipped with only one oxygen tank, so they had to figure out the best way to get oxygen to both people. “You really have to use all the skills that you’ve learned and do some fast thinking … which is what we want our guards to do,” Shillcutt says.

Only two of the teams at the national competition correctly solved the problem, and with Overland Park’s showing in the other two events, the team became the first in the competition’s history to win all events. “We won by 50 points this year — and that’s a really big deal,” Shillcutt says.

But the team isn’t out to win championships — with six city-owned pools and an average of 6,000 visitors a day, the 180 guards in Overland Park have their hands full ensuring the safety of swimming enthusiasts. But Shillcutt hopes the recent success at nationals and the overall training program for the staff provide a sense of pride and security for the community.

“Even the (Overland Park) Ambulance Service tells us they’re amazed at how well these kids do these skills … and we’re talking kids between the ages of 15 and 21, not professional medics.”

New guards, according to Shillcutt, generally have a tough first couple of weeks learning the ropes and require a lot of attention. “We use a concept called the 10-20. That means a lifeguard has 10 seconds to scan every bit of their zone and realize something is going on … and another 20 seconds to get to their victim. That’s the main thing we work on with them is how to scan and how to watch, because when you’ve got 200 kids in your zone, you’ve gotta know how to scan and how to watch.

“Think about going in your bathroom and sitting there watching your bathtub for 30 minutes,” he continues. “That’s tough to do, and that’s why our guards rotate every 15 minutes. It keeps ’em focused.”

Overland Park lifeguards have a remarkable track record of safety — a close call or two, but no fatalities. “We had a medical condition two years ago where a kid wasn’t breathing, but they revived him by simply doing their skills they are taught.”

Shillcutt says that the competition participation was strictly volunteer and took place when the pools weren’t open. “We had a series of tryouts to determine our team for nationals, and even the people who tried out and didn’t make it kept showing up for practices because you’ve gotta have bodies there for the scenarios…. It takes a special kid to want to step up and meet the challenges, and most of our guards want to be the best they can be.”

And Shillcutt says that’s obvious when auditors come in for a surprise inspection at one of the six city pools. “Most of the guards want to be audited because they get special awards, and they want to prove to everybody how well they know their skills.”