Lidia Bastianich details her early life as a refugee and immigrant

There is the familiar story of Italian-food empress Lidia Bastianich, who established her namesake Kansas City outpost nearly 20 years ago, in 1998. Her television shows and cookbooks are ubiquitous, her six restaurants successful, and her three Eataly retail locations — operated in partnership with her son, Joe Bastianich, and fellow celebrity chef Mario Batali — draw pilgrims from all over.

Yet a less familiar part of her story has taken on new resonance lately. In 1956, Bastianich, along with her family, were political refugees who fled from communist Yugoslavia. They knew no one in the United States, but Americans helped them establish a new life here. At her Kansas City restaurant recently, I sat down with Bastianich to talk about her early years.

The Pitch: What is your earliest memory involving food?

Bastianich: I was born in a part of Italy, Istria, that is now Croatia. After World War II, when Italy lost, it became part of communist Yugoslavia and we went behind the Iron Curtain. As a child, I spent a lot of my time with my maternal grandmother and grandfather, about three-quarters of a mile outside of the city in which my mother and father worked. Out at my grandparents’ house, my grandmother raised, made, cured all the food for everyone in the family. It was a tiny house. I remember that I would go up the hill — there were these little barns, and then there was the extended garden, the olive grove and the wine grove, just enough to feed us. That’s what they did every day, tending to the pigs, feeding the chickens. So I was in that kingdom of food. We would milk the goats in the morning, and that’s what we would have for breakfast. We would make fresh ricotta from the goat’s milk, make the olive oil — I remember dunking fresh bread in the olive oil when it would come right off of the stove, actually. I was connected to food at a very early age. That’s remained, and it’s my reference library for flavors. 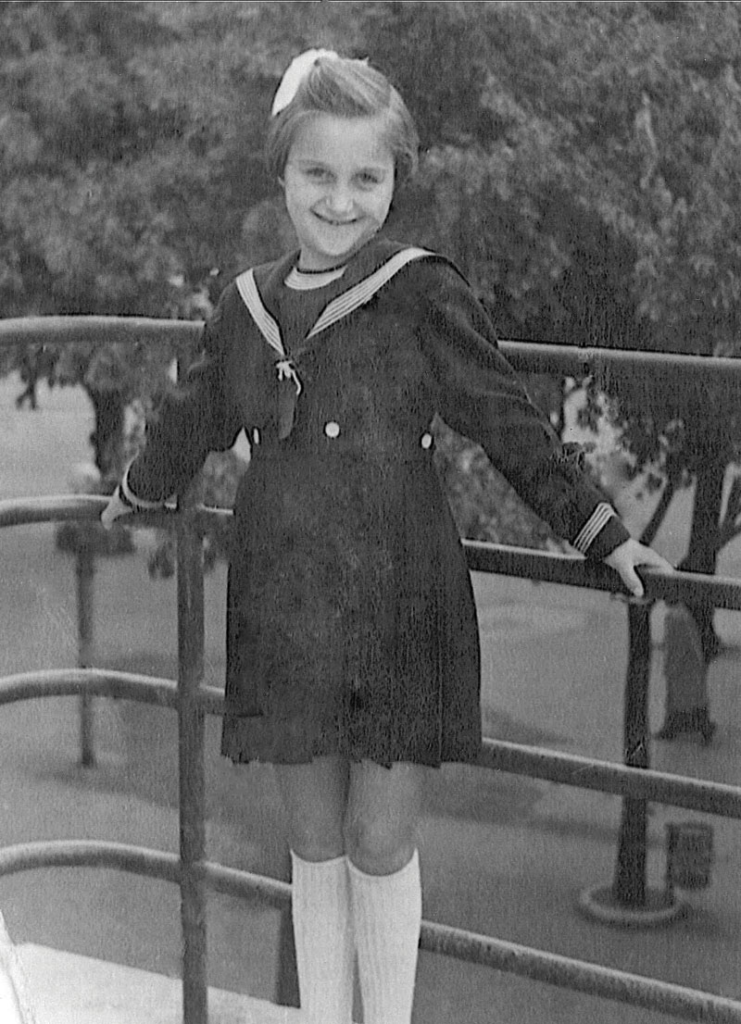 Then, in 1956, my parents decided that they needed to move. They couldn’t raise their children in communism. So my mother, brother and I went over to Italy because we had relatives there, and my father remained because they kept someone as a hostage. He then escaped and met us there. I didn’t know that I was not going back to Grandma, didn’t say goodbye. But food was my connection. I was still connected to her through food. I cooked what I remembered how to cook. That’s my passion and connection. I did see my grandmother about 10 years later, so that kind of aperture was closed, but I used food to reminisce, and I still do.

The flavors come to me — when I taste something close, it’s like a revelation. I get comforted by food. All that Grandma cooked, I felt that she was with me.

How did your experiences as an immigrant shape your attitude toward philanthropy?

They are connected. You are who you are and it resurfaces in different periods in your life. I was never really hungry, but I was in an oppression situation. We couldn’t speak Italian [when in Yugoslavia] because of the secret police. Now when you’re on the border like that, you speak more than one language. As a child you understood it. Especially because my mother was a teacher, it was considered dangerous.

Freedom was oppressed. Then we escaped. We had family in Italy but we ended up in a political refugee camp for two years. In the camp we slept in bunk beds, and we had to wait in line for food. Food was at the center of my life in different ways.

Then, when the opportunity came to come to the United States and to feel that freedom — I think part of my success is from that. I want to grab it all, you know: I can do it! But also because my mother and father say, because we didn’t have anyone here, “Did we do the right thing? Are the kids gonna be OK?” And I think my brother and I — he is also quite successful — I think we did it in part to show my mom that, yes, you did the right thing. The opportunity for school, food, freedom. All of these elements we went through, I never resented them. I think they made me stronger. I think they made me a person who better understands.

Along the way, a lot of people helped us. When I was in camp there was a woman who helped pay for my schooling. When we moved here, Catholic Services found us a place to live. Kind people came in and brought tables, chairs, furniture. They furnished our apartment. We didn’t have any of that — plates, forks, you know? I know what it means, and I appreciate it. So when I see a need someplace, I feel it.

Here, I am involved with Boys Grow. It’s kind of my life, what made me: the farm, understanding food. These are young men, young teenagers that are out there, kind of floating. If you give them a sense of direction, tie them to the earth and plant a seed, something will grow. It’s almost symbolic to what life can offer. They take the product and turn it into salsa, market it and sell it. It’s almost like what I did on that farm. The values that I have brought through my life I learned on that farm. They are proving to themselves that they are a success, and what they can do. That the earth will be there for them. So will everything else in life if you put them in that position.

The last couple of months have been kind of dark, politically. It’s nice to hear something so uplifting.

I have learned that we should pay attention to the negatives as much as we can — but if we’re positive, the energy is more oriented to change things, to move on. It’s much easier to be positive and go forward and the energy is greater. It is harder to be negative. Let’s put things in place, and let’s make a difference.