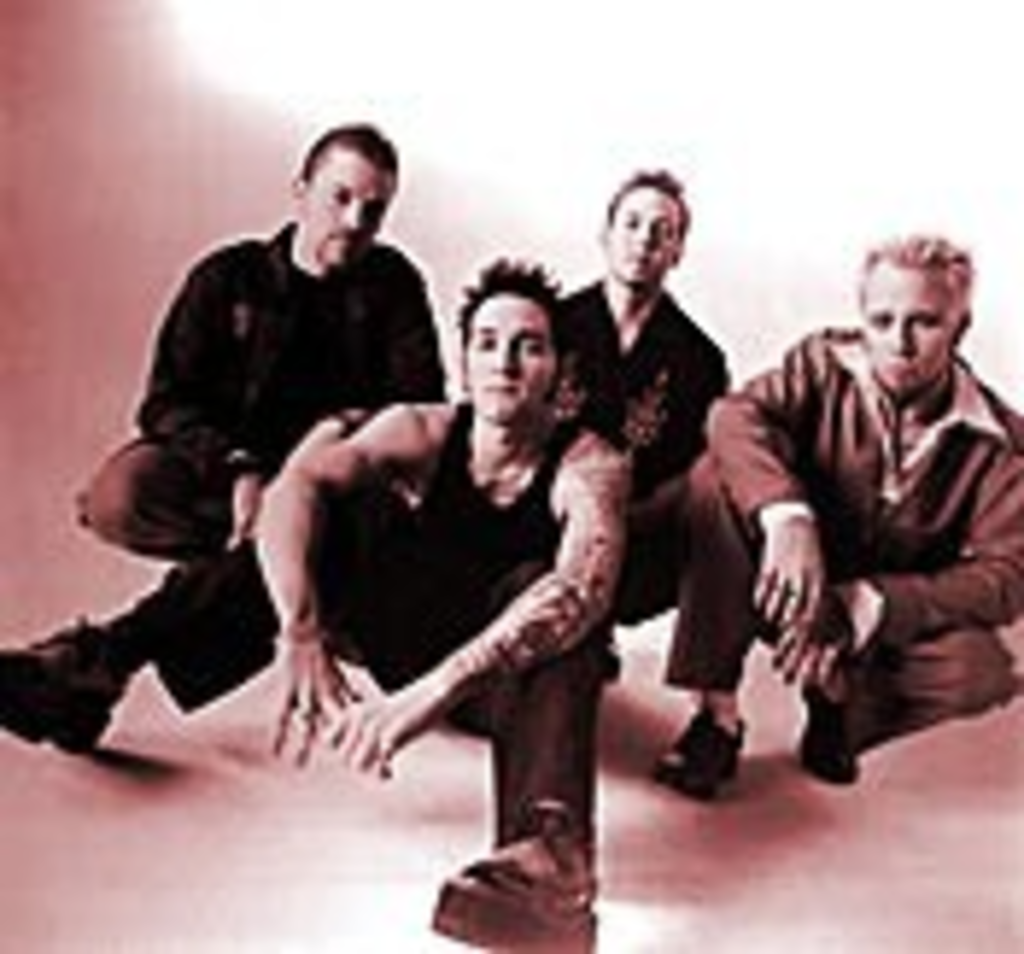 In retrospect, Lit seems to be a well-chosen name. After all, the band lit up the charts with its major label debut, A Place In the Sun, and its pop-rocking first single, “My Own Worst Enemy.” So it’s not surprising that guitarist Jeremy Popoff is quite content with the name he and his three cohorts chose more than a decade ago.

“To a lot of people, we seem to be making some drug reference,” says Popoff during a phone interview from his hotel room in Cleveland, Ohio. “That may or may not have occurred to us when we adopted the name all of those years ago, but to be honest, it was more about our dedication to our music as a whole. It’s more of a description of our live show. We really push ourselves to make every show count. The Lit live show is very intense, kind of a throwback to those great arena-rock days.”

This dedication to the live experience has allowed the band (Popoff, his brother A. Jay on vocals, bassist Kevin Baldes, and drummer Allen Shellenberger) to tour the world multiple times during the past year and a half.

“Before the record actually came out, we were on the road opening for Silverchair and then Eve 6,” Popoff says. “While out on the road, the first single started jumping up the charts. From that we got offered a slot on the Warped Tour, which was cool to be sharing the stage with all those bands like Blink-182, Pennywise, and Sevendust. Since then, we got to play at the much-maligned Woodstock ’99, and we have been out with The Offspring and Garbage.

“Since mid-February, we’ve been headlining our own tour for the first time. We just wanted to take our careers into our own hands…. Although all of my stuff hasn’t actually been touched in a year and a half because I’ve been out on the road so much, it’s all been exactly what you wish for as a kid starting out in the garage. I’m totally enjoying my rock and roll lifestyle. I wouldn’t change a thing.”

Despite its abrupt rise to pop success, Lit is far from an overnight sensation. The members came together in Orange County, Calif., in the early ’80s, played gigs consistently in the Los Angeles area over the years, and released one earlier record, Tripping the Light Fantastic, on the Malicious Vinyl label. For all the “immediate” success the group enjoyed, its members have a well-established history.

“What brought the four of us together in the first place was our love of music,” says Popoff. “We were all friends, we all hung out together, and we all wanted to make music together. Unlike a lot of other bands out there who go through the musical want ads trying to find compatible partners, we were four dumb guys in high school who decided to make music ourselves. Our friendship is probably why we finally found success, and probably why we haven’t killed each other after a year and a half together in the same van.”

Even with the grueling schedule the band members have maintained, they’ve managed to find sufficient time to stretch their creative talents. Lit recently was the featured guest on Pamela Anderson Lee’s postmodern, postsurgery private-dick television series, V.I.P. The episode was titled “Hard Val’s Night,” and all four members co-starred.

“We did the show because it just seemed like a lot of fun,” recalls Popoff. “We have been offered all kinds of spots on shows and other opportunities like that, and we’ve just turned them all down. We are really not interested in acting careers. If you saw our performance, you’d probably thank us for that. But when Pamela Anderson Lee personally asks you to be on her show, it’s a no-brainer. She’s like the ultimate celebrity.

“We sat down with the writers, and what was just going to be a guest appearance became an entire episode about us and Orange County and Elvis’ lost belt buckle. It was far-fetched, it was silly, and it was a blast to do. We hung out with amazingly gorgeous ladies for a week and even got to hang out with Tommy Lee once. It was sort of a campy rock and roll episode of Charlie’s Angels or CHiPS. We just wanted to avoid looking like The Monkees. I’m not entirely sure we succeeded. Whatever the case, I know I’m not going to quit my day job over this.”

The future might not hold Oscar trophies for the members of Lit, but touring is a certainty. It’s a necessity, because the alternateens who make up a large chunk of Lit’s fanbase have notoriously short attention spans, but it’s also a calling. These road warriors have an overwhelming need to win fans over, one show at a time.

“We come from simple roots,” admits Popoff. “Even though we are on a major label and we have a platinum record, we still remember those days of printing up CDs on our own and selling them at our shows for gas money. We come from that whole do-it-yourself background. I’m not trying to wave the indie flag here, but that’s what we come from. So now we don’t take any of it for granted. We are totally blown away by the million-record thing just because we know what a thousand records look like. We’ve had them in our garage before and wondered how we were going to sell those thousand.

“We know the importance of hanging out with our fans, passing out stickers, and all that shit,” he says. “We still do all of it. That’s the real deal. That’s what it’s all about. It’s not about the posing and posturing. It’s about making connections with other music fans and giving them all you’ve got up there on stage. Everything else is a distraction. Everything else is a VH1’s Behind the Music episode and, therefore, not for us.”

Lit with Save Ferris and Fenix, TX

Friday, March 24 at The Beaumont