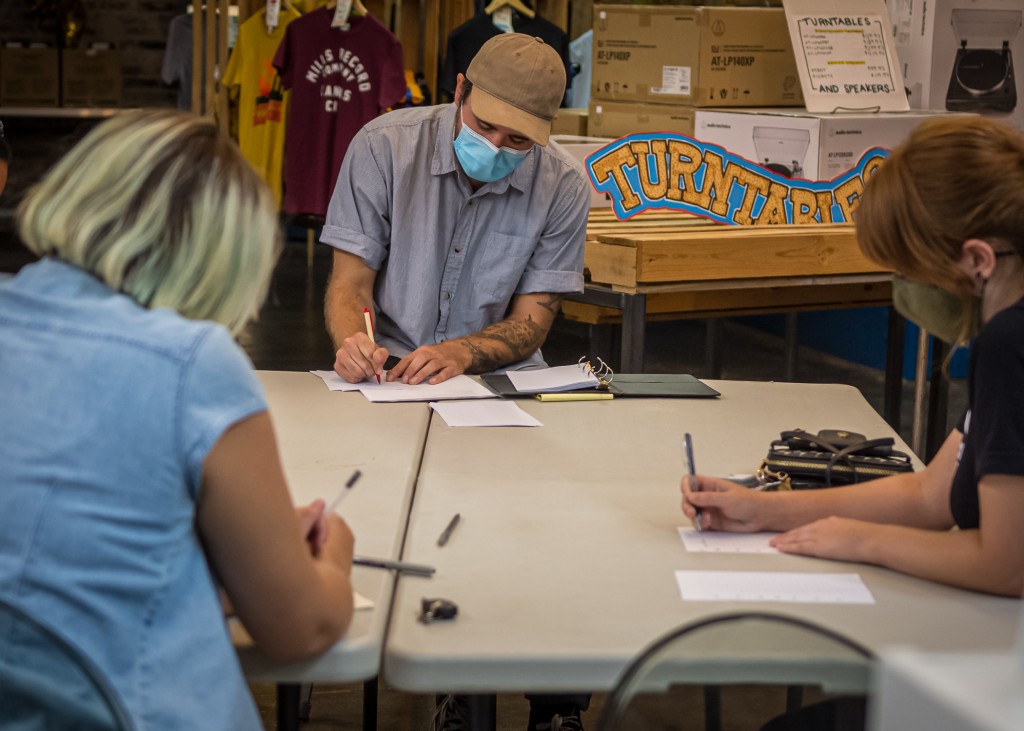 Liberation Lit started last fall as a simple pandemic project. Spurred on by the ways that incarceration has touched our own families, we aimed to build relationships with our local incarcerated community through sharing books and literature. Our mission is straightforward: We work alongside inmates to move books, letters, and relationships through bars, intentionally bypassing bureaucracy and institutionalized “charity.”

Incarcerated members lead our program, shaping the book selection and our pen pal program to their interests and needs. In the year since we began, we’ve matched dozens of pen pals, sent over a hundred books, and exchanged even more letters with incarcerated folks in Kansas and Missouri. As one of our group’s members on the inside puts it, these simple exchanges “bring awareness, literature, and success to those incarcerated, as well as happiness to those that don’t have much in that department.”

Through this work, we’ve also come to an undeniable understanding: There’s a crisis with our prison system, and it didn’t start with COVID-19.

The pandemic has laid bare many ugly inequalities shaping our society, and our criminal justice system hasn’t escaped notice. While the outside world navigates viral surges, variants, and ever-shifting safety guidelines, incarcerated individuals have been weathering a neglect that renders outside safety recommendations nearly impossible to enact.

The increasingly difficult conditions inside American prisons are not just a symptom of the pandemic, but a baked-in result of ongoing systemic oppression. The fundamental premise of crowding people into cells has provided kindling for deadly health crises since the 1700s with typhus outbreaks. As recently as 2019 The Wichita Eagle reported dire conditions in Kansas state prisons due to “overcrowding and staff shortages.”

Throughout the pandemic, there have been community calls for decarceration in order to remedy infection rates. Decarceration, according to Merriam-Webster online, is “release from imprisonment,” or “the practice or policy of reducing the number of people subject to imprisonment.” Forrest Behne, of the COVID Prison Project, notes that national attempts for decarceration were sporadic and lackluster.

“Many of the population reductions were fleeting,” says Behne, “as they are reflective of a temporary embargo on new arrivals, rather than a deliberate attempt to meaningfully reduce the number of incarcerated individuals.” 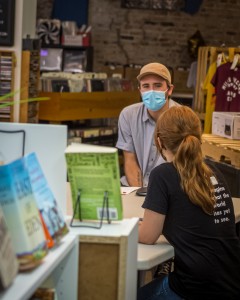 COVID-19 should not threaten a death sentence for those living behind bars. But due to the way the system has been set up for centuries, this is the reality.

Around the country, COVID cases inside prisons are soaring, and the numbers are especially grim in Kansas and Missouri. Recent data from University of California, Los Angeles Law’s COVID Behind Bars Data Project shows massive case surges in two Missouri facilities during the month of July 2021.

“On June 20, there were 33 active cases among incarcerated people in Missouri prisons,” notes UCLA researcher Hope Johnson. “By July 18, there were 358 active cases, or a 1.5% positive case rate.” The Women’s Eastern Correctional Center (WECC) in Vandalia exploded from nearly no cases at the beginning of the month to 179 by mid-July, and the Fulton Reception and Diagnostic Center reported an increase of over 100 new cases during the same period.

Even as some vaccinations are made available to inmates, the fight for vaccines and testing in American prisons has been fraught with institutional pushback. This has been a flagrant issue in Missouri, where incarcerated individuals were placed in the final phase of vaccination rollout.

Meanwhile, Kansas facilities have the fourth highest case rate in the country, where 1 in 5 inmates swabbed test positive. At the beginning of the pandemic, the state’s Department of Corrections (DOC) came under fire due to its inability to provide masks and temperature checks to inmates.

In an interview with The Intercept, a former correctional officer at Lansing Correctional Facility says that staff knew how bad it would get, and that “preventative measures were all essentially ignored [and] scoffed at” by prison officials. When it came to Covid-19 precautions, he says, “There was a level of intentional ignorance.”

Kansas inmates have additionally suffered from unstable private healthcare contracts. After much criticism from the inside and outside, the DOC removed its private healthcare provider (Corizon of Tennessee) in the middle of the pandemic, and entered into a new contract with Kansas-based provider Centurion, throwing healthcare protocol amongst inmates into a poorly defined loop of issues.

Missouri and Kansas both report vaccination rates above 50%, but Johnson notes that UCLA data suggests Missouri might be “misreporting its own vaccination numbers.” She adds, “Given that a large portion of people in prison, especially staff, are yet to be vaccinated, and that many facility populations are over capacity, more surges in carceral facilities are increasingly likely.”

Along with outbreaks and lack of prioritization of vaccines in prisons, we’ve learned of the barriers that incarcerated individuals have to hurdle to access resources many of us take for granted.

For example, several months into the pandemic, inmates (and staff) were still without personal protective equipment and basics like hand sanitizer. One incarcerated individual we’ve spoken to remembers that, early on, prison officials purposely removed access to hand sanitizer because it contains alcohol.

The prison system has also made it difficult for incarcerated folks to access government financial assistance, which benefits both individuals behind bars and their families. In 2020, a federal court ruled that inmates were rightfully entitled to CARES Act stimulus money, but the Kansas Department of Corrections had already returned $200,000 worth of checks to the IRS which were legally owed to incarcerated individuals. 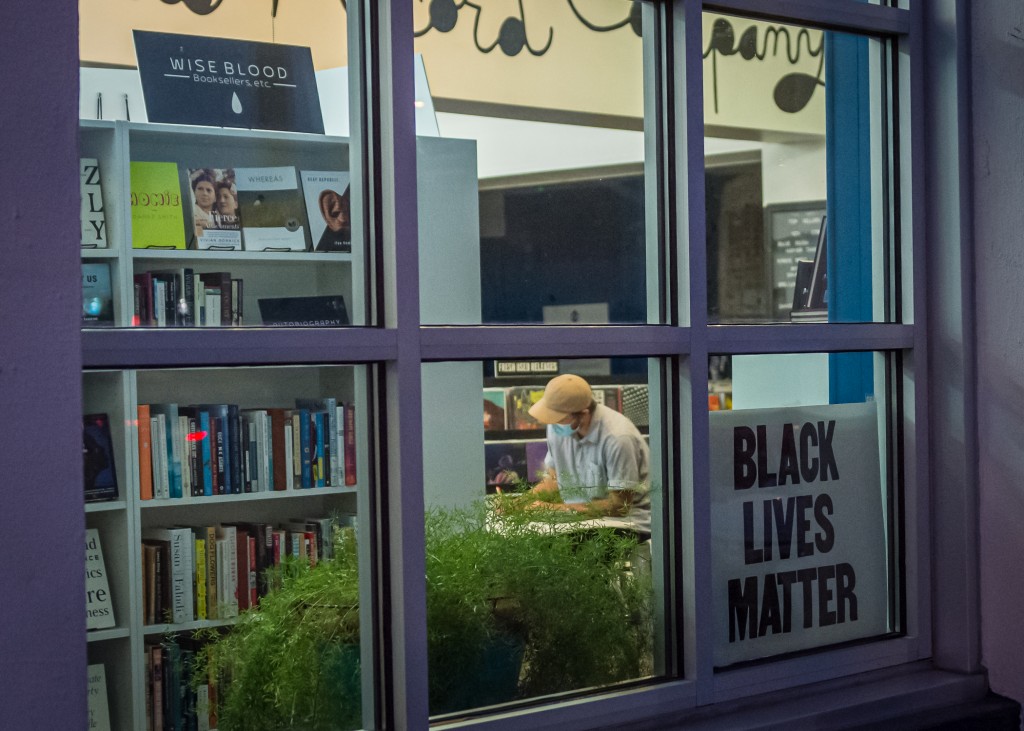 When Liberation Lit organized a campaign to send informational packets directly to inmates regarding their eligibility for stimulus money, we found that most institutions had little to no resources in place to help individuals through the red tape. We were reminded, again, that resources readily available to the outside world are made inaccessible to those on the inside by institutions that seem largely unconcerned with the survival of inmates.

This never-ending list of systemic ills both propels and exacerbates current challenges faced by those on the inside. During a time when physical isolation and social distancing became public health mandates, prison life continued as normal with inmates sharing meals and common spaces in the hundreds. Incarcerated populations already living in cages together in the thousands were thrust into an impossible position by intentionally neglectful prison staff who ignore signs of folks falling severely ill and private healthcare providers that often only responded once it was too late.

Over the last five years, and well before the pandemic, state cruelty has forced multiple prison uprisings over access to necessities like healthcare. In early April 2020, an uprising occurred in Lansing where inmates cited specific demands for PPE and personal care supplies. In response, masks and temperature checks were finally administered to the prison population. But we must remember: This could not have happened without organized retaliation to institutional negligence.

Even in the face of these failings, our government upholds the status quo of prison policy. While Jackson County fails to fund affordable housing, $250 million is easily put aside to build a new detention center. Incarceration numbers continue to balloon while conditions counterpose the very survival of those being incarcerated. Each year, the city passes a budget apportioning hundreds of millions to fund criminalization and enforcement over opportunity and prevention. Like other areas that feed into the prison system, our struggle is funding human necessities over inhumane punishment.

The American prison is a racist and outdated system of punishment that disappears humans as a fix-all for social problems. When those of us on the outside hear about appalling conditions on the inside, we often respond with sadness and frustration, but continue about our day as if prisons are a necessary evil. What can we do, instead, to support and show solidarity with incarcerated individuals? How do we act, knowing that pandemic conditions are but the newest point on this continuum of crisis?

Our incarcerated member C tells us, “This variant is very problematic to say the least. In these trying times when tempers are raised and fears are at the forefront, it is good to have those of like-mindedness, as well as of [a similar] heart, close.” 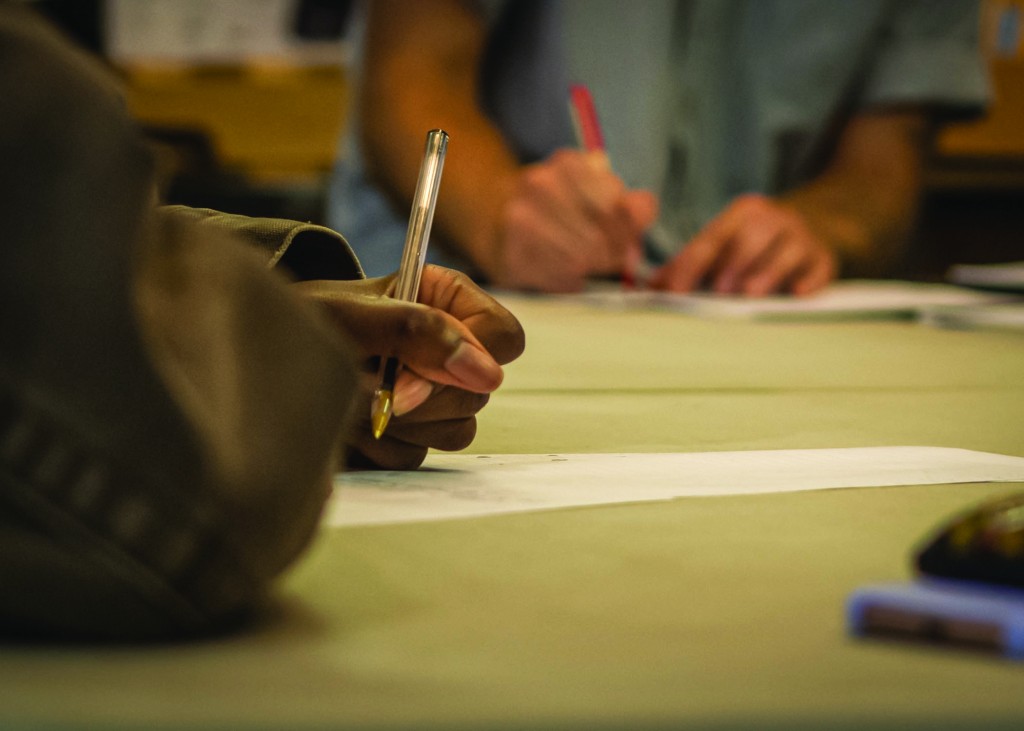 We need an overwhelming coalition of allies on the outside who are willing to engage in the long-term work of supporting and encouraging the imaginations of incarcerated folks in their journey toward liberation. We consider the solidarity work of our book and pen pal program part of the broader struggle to destabilize and divest resources from prisons and the larger carceral system.

At the same time, simple human exchanges can have a transformative effect on those inside and outside. One of our members in a local facility has a friend whose wife living in Maine passed away while they were incarcerated together. Our member says, “[He] has been alone and 2,000 miles from his home in Maine. It seems that he has a renewed hope that someone cares after getting a letter.”

We cannot afford to be apolitical. Liberation Lit imagines a world without prisons, but the work begins with solidarity and support. The ones who will lead us to a world beyond prisons are currently behind bars, but the resources they need to lead are withheld from them by a system that profits from their incarceration.

To empower our Liberation Lit community, we share books by thinkers and organizers such as Angela Davis, Ruth Wilson Gilmore, and Mariame Kaba, who have pushed us towards what that future might look like. We know that working alongside the system necessitates learning about the racist, classist, and profit-making soil that our state institutions have bloomed from, so that we can begin to imagine building something new.

From our reading and from the knowledge of the incarcerated, we also know that this system funnels disinvested communities into cells, so that we can fund communities, education, jobs, and healthcare. The only incarceration “prevention” method that truly works is to dismantle the criminal injustice apparatus altogether.

Until this wider change can take effect, we can provide books, conversation, and understanding—all while following the recommendations and suggestions of our incarcerated leaders. We’re responding to the crisis in American prisons with small actions that we believe will culminate in systemic change. As our incarcerated member K says, “We are all a collective in this struggle for knowledge and awareness. Books are a huge outlet for all of us in here.”

If you’d like to support, join, or donate to our work, find us at liberationlit.org or on Instagram, Twitter, and Facebook. Opportunities for action include joining our pen pal program, donating toward the purchase of new books for incarcerated folks, or helping us develop and distribute our book catalog. We are a non-funded, volunteer organization that survives through collective action.