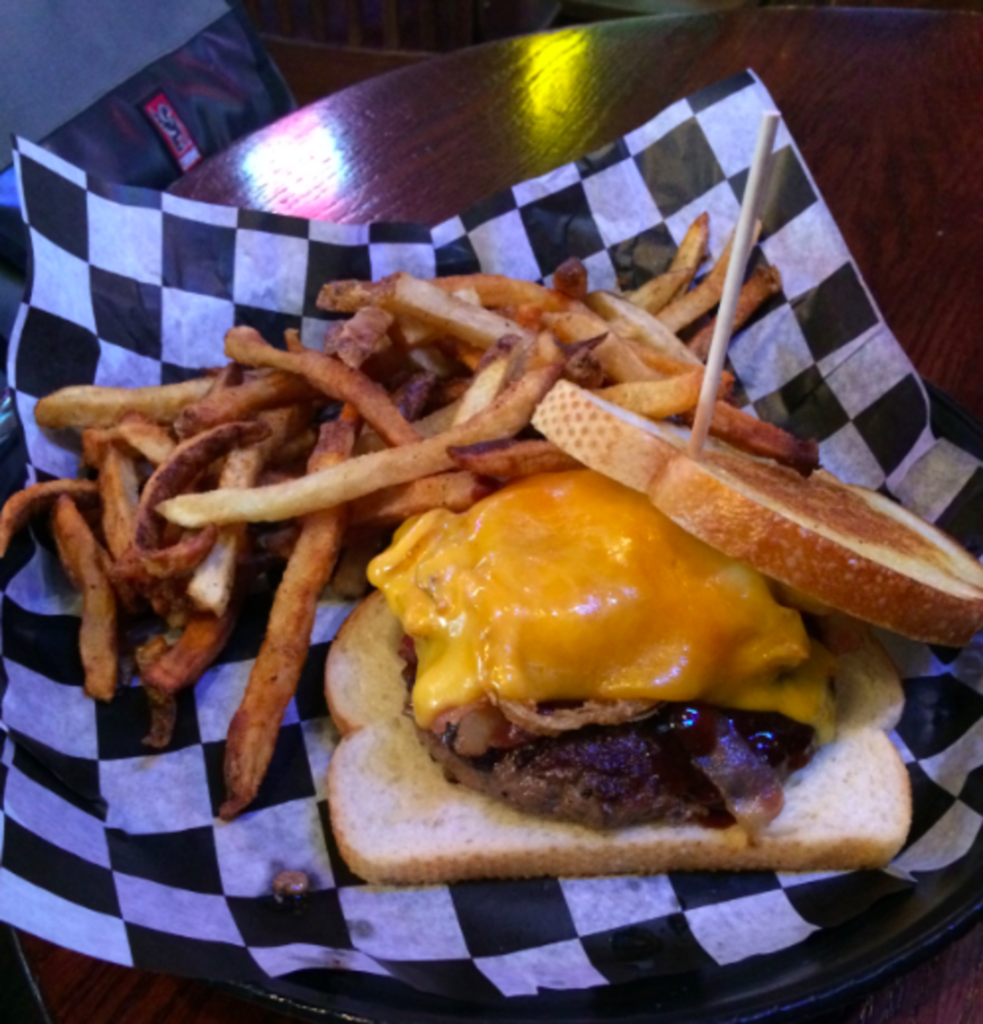 I’ve been trying to lose weight lately, so the prospect of having a burger over lunch meant I had to skip breakfast yesterday.

It also meant I was awfully hungry by the time I could make it to Lew’s Bar & Grill in Waldo for a late-afternoon lunch. Hunger pangs and a general aversion to restaurant specials put me in a bad mood. In my experience, special offers mean you get a slimmed-down version of what you want, or something that was made a couple of hours before.

But the Frisco Burger at Lew’s, the Waldo bar’s $5 offering for The Pitch‘s Burger Week, is so much food. Since I knew I had to get the Frisco, I didn’t closely read what it actually was. So I was kind of surprised when it arrived on two slabs of sourdough. It seemed not quite like a burger, and not quite a patty melt.

Whatever you call it, though, it was good. Cloaked with cheddar cheese, fried onion bits, bacon and barbecue sauce, it was more than enough to put away my hunger for the rest of the day. It didn’t do much for my calorie count, however. After an order of fries (which cost extra) and a pint of KC Bier Co.’s Dunkel, my diet plan for the week was in tatters. But the checkbook came out OK, thanks to an $11 tab.

And at this point, who cares? It’s Friday, the Royals are about to play a pivotal third game of the World Series in San Francisco, and it’s an otherwise beautiful October day. Might as well grab a Frisco and get your drinking started early with a boot full of beer at Lew’s today as Burger Week winds down. It doesn’t have to be Lew’s, either. Check out the list here.