Letter from the Editor: Shopping the PopMart in this month’s music issue 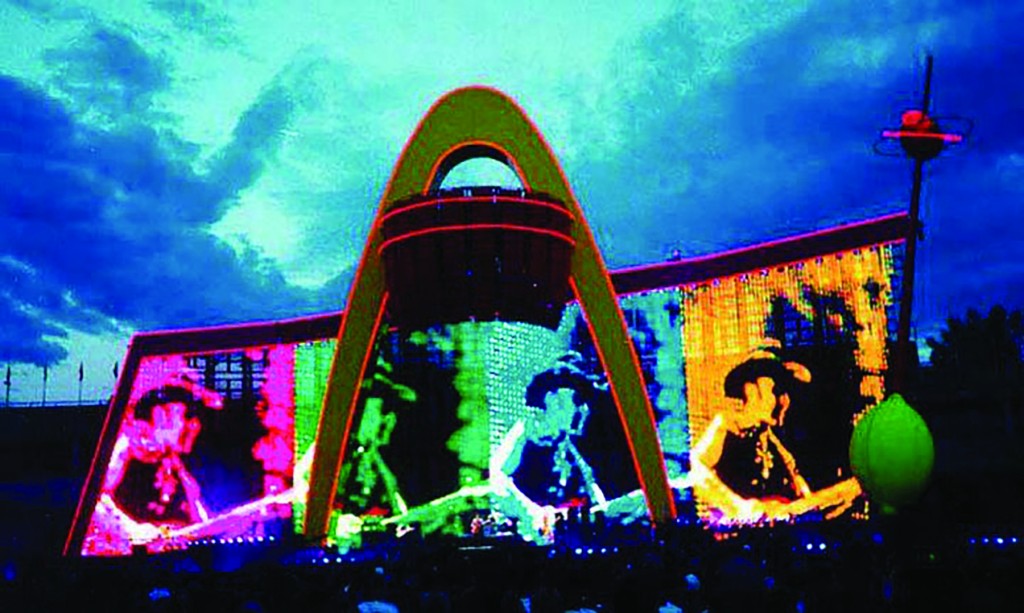 Hello, dear readers of The Pitch. Welcome to our new annual celebration of the auditory and sonic superstars of our city: THE MUSIC ISSUE. Jazz hands.

Dearly beloved, we are gathered here today to get through this thing called life. And to celebrate the best and brightest of what our metro brings to the megamix of modern melodic masterpieces.

We’ve got features on some of the ferocious new faces making their first marks and a deep dive into a band who may become the ur-text of what comes next for all of us. In summation, we’re fairly stoked on this mag.

Growing up in small-town Kansas, my big trips to Kansas City mostly came at the side of my father. Despite being, y’know, dad-aged, he would drive three hours both directions on a Tuesday night to sneak me into a club to catch rare Midwest performances of, say, Interpol.

We only started doing these maddeningly long mid-week adventures after I found my love of music.

We’d made one attempt to get me into rock music, circa the second grade. We went to Wichita to see Bon Jovi. I was, at the time, terrified of fireworks and made my family promise that no one was gonna “do fireworks at me.”

The lights went down for that gorgeous former hairstylist from New Jersey, and immediately a parade of pyrotechnics blasted from every corner of the arena. I left in tears. So was sidelined any interest I had in guitars, explosions, or New Jersey.

In May of 1997, a little-known group of Irish lads operating under the moniker “U2” stopped through Kansas City. My dad thought he’d swing the two of us out here to watch the biggest rock band in the world do the biggest stupid rock show in the world to a sold out Arrowhead Stadium.

It broke my tiny sixth grade brain, and I went out to get a guitar the next day.

I always cherish this as my breakthrough moment for live music. What I saw in a football arena that evening was not your typical greatest hits showcase that you probably see in your head. This was the PopMart tour, and nothing in modern rock will ever approximate the sheer spectacle of this event.

U2 had just released an album called Pop. It was an electronic dance-club glam celebration of the excess of America, capitalism, marketing, and the increasingly thin line between religion and the almighty dollar. Much as the Rolling Stones’ disco track “Miss You” is remembered as an embarrassing outlier, Pop is an album that is so hated by U2 themselves that they will do anything in their power to make you forget it happened.

But it’s still my favorite U2 album. Perhaps mostly because I know how much its existence irks them. In part because it ends with an acoustic ballad called “Wake Up Dead Man,” where the famously religious Bono begs Jesus to come fix this “fucked up world”—the only use of the F-bomb in the band’s catalog. [If anything, this is just a painfully layered cultural artifact.]

The PopMart tour became what was at the time—and still remains—the single most expensive nightly performance cost in rock history.

The stage featured the largest video screen ever constructed, licensed intellectual property from pop culture (like Tomb Raider) would appear at random, and at some point the band emerged from a gigantic martini glass, wherein the olive turned into a stadium-illuminating disco ball.

The entire engagement was so unreasonable that it nearly bankrupted the band. Yes, they went that big.

Waxing nostalgic for the night KC taught me the greatest passion of my life, in pursuing live music to the ends of the earth, I’ve uncovered a bootleg VHS recording on YouTube of that entire show. Amid a grainy wave of pixelated crowd, I am somewhat convinced that I can see myself standing next to my father.

So this is me, raising a disco ball martini to all the musicians featured in this issue. So many of them will serve as some kid’s indoctrination into the world of reverbs and abandon. I’m just thrilled knowing how many of these performers can accomplish so much more while depending on so much less.