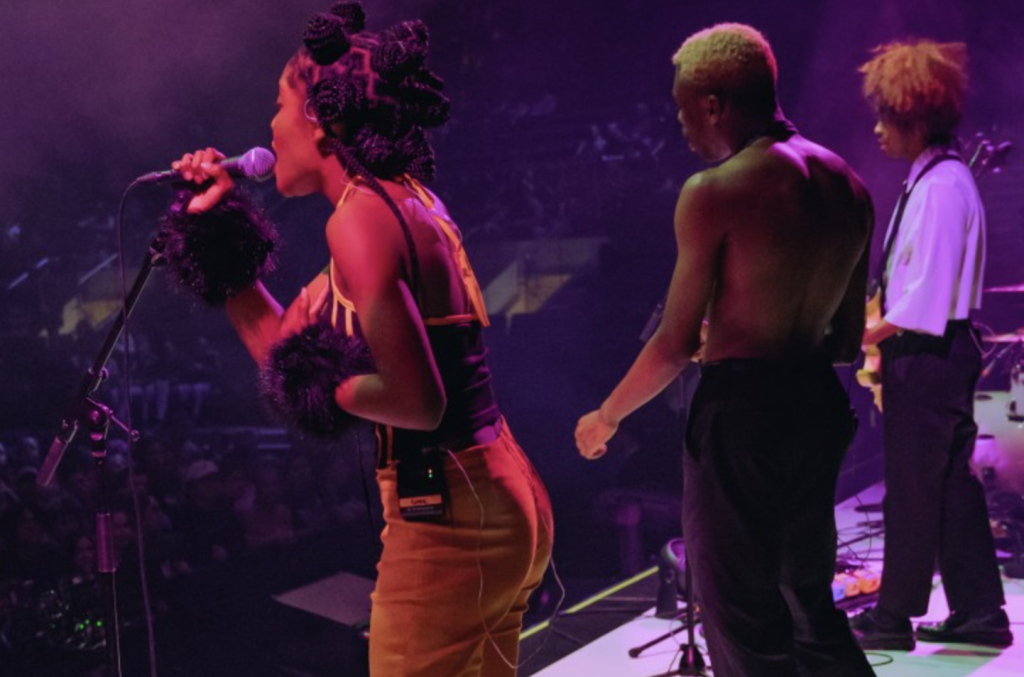 Congrats to you, KC, on yet another year under your belt. You’re looking good for your age. We know this year wasn’t everything that you’d hoped, but it sure as hell was more than we were promised. In this issue, we’ve patched together some must do’s—and must-don’ts—for your time off this holiday season.

I wanted to take a brief moment before we dive into the December issue to celebrate my favorite part of 2022: the return of concerts. Yes, in-person shows have existed in some form or another throughout the pandemic, but this was the first (almost) full concert calendar year, with few cancellations/delays from illness, and events not grinding to a halt when the first snowflake fell and the outdoor venues shuttered for the season.

Here are seven on-stage moments that made 2022 what it was, at least for yours truly.

In a sold-out homecoming hootenanny, KC’s golden boy Morby swung through to obliterate the packed honky-tonk with a sequence of classic hits, sexy breakdowns, and barn-burning arrangements that heightened the—already stellar—new classics from This is a Photograph. This was the kind of spectacle that a local can only dream of, not just as a performer but as an audience seeing the return of a champion. Morby is at the top of his form right now, and we could not be prouder of our top cultural export. Continue to be our ambassador. Slay, king.

We’ve never stopped singing the praises of Coterie’s dedication to excellent, original entertainment for crowds of all ages—and the sheer innovation behind each of their presentations. This Halloween saw the return and expansion of their Electric Poe show, wherein actor R.H. Wilhoit interprets the work of multiple Edgar Allan stories while musician and composer Rex Hobart provides accompaniment. One dude going bat-shit feral and reciting poetry while another guy plays metal riffs on his guitar from the shadows of the stage? Just a dream production. Catch it again next year.

Murder by Death and Amigo the Devil at Lemonade Park

The coronavirus left us with few enduring gifts. Okay, some of us haven’t fully regained our sense of taste, but let’s not count that. Lemonade Park was meant to be temporary, but this summer showed that keeping her around forever is gonna be a net positive for us all. Of all the fun under the sun we had in the converted lot, the bleak, dark country of these two acts made for the perfect evening of getting absolutely blitzed and taking one out on the universe for all it’s taken from us. Revenge feels good in a place like this.

The 1975 with BLACKSTARKIDS at Cable Dahmer

Sure, Limp Bizkit and Yung Gravy brought delightful dirtbaggery to Dahmer earlier in the year, but the biggest stand-out show here… hasn’t actually happened as of this writing. That’s fine. We’re willing to go ahead and bet all our chips on black. BLACKSTARKIDS, that is! ‘75 is always game for the biggest visual show in town, layered atop absolutely wrecking-ball musicianship, and we’re glad they get a redux on their 2019 show in KC, which got stormed out. But seeing BLACKSTARKIDS open for a world-class act on their homecoming will inevitably yield the kind of memorable spiritual experience that came with catching Radkey opening for Foo Fighters. We spoke to BLACKSTARKIDS the morning after they played Madison Square Garden, and holy shit, we couldn’t be prouder.

Thursday with Cursive at The Truman

The Truman continues to exist as an extension of The Pitch office, where we can be found at least two nights a week sending at least one emissary to the pit. This year, they were an absolutely behemoth, hosting everyone from IDLES and their leviathan-sized riffs to Girl Talk’s musical mash-up masterclass to the cartoonishly joyful wall of sound that only Sleigh Bells can conjure. But the highlight here in 2022—for us, masters of our domain—was the arrival of the long-delayed Thursday/Cursive co-headlining tour. Thursday’s lead singer ran the room, despite lugging around a broken foot, and Cursive’s Tim Kasher finally got to perform tracks from two albums released during quarantine. Joined by LFK’s emo stalwarts The Appleseed Cast and singer-songwriter Nate Bergman, this was one of those nights where magic—and the screams of the damned—were certainly in the air.

THUNDERGONG! at The Uptown

Coach Ted Lasso, Coach Beard, our pals in Hembree, and a bunch of celebrities doing live-band karaoke for a good cause—what more could we want from the sixth year of our favorite fundraiser? A seventh year, that’s what.