Letter From the Editor: Making up for paper 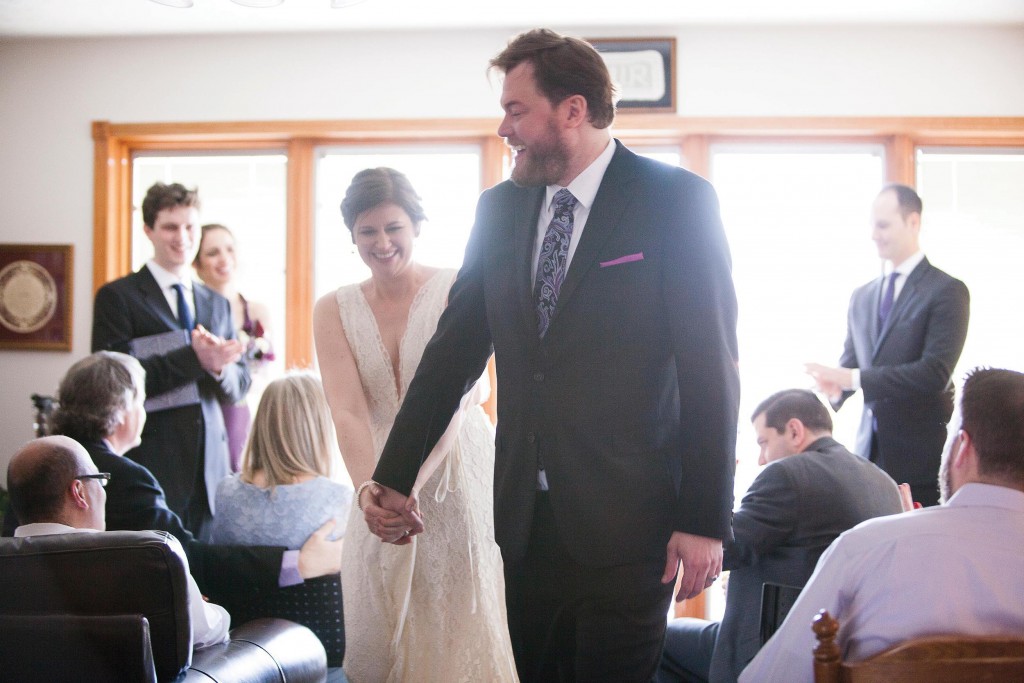 Brock and Vivian on their wedding day. // Photo by Carol Roker

Under normal circumstances, this space would likely be reserved for an overly-long political rant, or perhaps a deep dive into a piece of pop culture for which I express a fiery passion, despite no one else giving a fuck.

The day this magazine hits stands across Kansas City is also my fifth wedding anniversary. Rather than fill Page Five with strong opinions on things that (mostly) don’t matter, today I’d just like to tell you about how I met my best friend.

In 2014, I was living in Los Angeles and writing part-time at a pop-culture website. The opportunity was handed to me when a talented friend moved on from the gig and was asked to pick her own replacements. She brought up two names, whom she knew from wildly different parts of her life: Vivian Kane and Brock Wilbur.

For a year, I wrote alongside Ms. Kane. Digitally, unfortunately, instead of in a shared physical space. I knew little to nothing about her. I had not seen a photo of her, I did not follow her social media, and I did not know where she lived.

Yet, I fell head over heels. 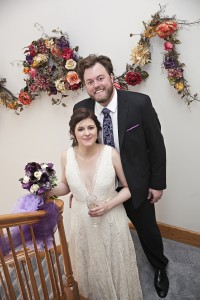 Brock and Vivian on their wedding day. // Photo by Carol Roker

Each day, we opined in our lengthy columns about that which brought us joy, and that which brought us righteous indignation, and overwhelmingly, that which did both in equal measure. On more than one occasion, I described her prose to pals as “whip-smart.” As a feminist political journalist, she would self-identify as simply “being fun at parties.”

While unsure if we would ever meet in person, each day that our bylines touched, I was increasingly falling in love with the idea of a person—a wildly opinionated ghost in the machine, who took no shit.

So I took my shot. My shot, in this case, was that I friended her on Facebook. I requested that if she ever visited Los Angeles, she carve out an evening to be the guest on my podcast. Yes, a pop-culture blogger sliding into a woman’s DMs to invite her on a podcast is the most straight, white meet-cute imaginable. I’m not not exactly what you expect.

Viv wrote me back. She was currently living in Los Angeles. In fact, her place was exactly a mile away from mine. On the same street. At the midpoint between us lived our favorite restaurant in the city.

That night, she did my podcast. [Editor’s note: this sounds like a euphemism. It isn’t. We just talked into microphones.]

First dates are pretty easy when you’ve spent the last year of your life casually pining for 10 minutes in someone’s presence.

Night One went well, as did Afternoon Two, and Full Day Three.

At our favorite park in LA, I got down on a knee and asked Vivian the big question: “Are you a robot sent from the future to destroy me?” Technically, I’ve never asked her to marry me. She’s never committed with the traditional answer. We do worry that this could pose a legal problem someday. 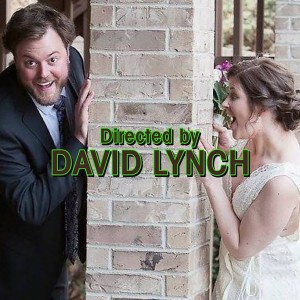 Brock and Vivian on their wedding day. // Courtesy Brock Wilbur

In 2017, we got hitched. Today’s story is not just about celebrating that anniversary, but the entirety of our journey is owed to those first few weeks. We were young, dumb, and fully convinced we were undeniably brilliant. For that very specific time, we were both writing for the most important audience in the world: each other. We just didn’t understand what the pay-off would become.

Love in our home has always taken the form of one party trying to one-up the other. In the battle of affections, I lost hard on our “paper” anniversary. I bought her a gift. Using money—technically correct, if not fully in the spirit of the assignment.

That day, she took my last name as her new middle name, and gifted me the paperwork from the official government identification change. Like I said: a clear victor was declared.

This year is the “wood” anniversary. Many trees were sacrificed to scatter twenty-thousand copies of this note across the metro. Maybe I got it right this time around? [Editor’s note: I feel confident that I’ve ‘won’ this anniversary, but annoyingly, before she reads this she will have somehow nuked me from orbit yet again.]

Vivian, thanks for giving this dumb experiment a shot. As messy as it can be, I would not change a single day of this—including the ones I assuredly should. Together, we’ve made a ruckus greater than either of us deserved. Here’s to another 365 days of being lunatics.