Letter from the Editor: Ahh-Oooooo, werewolves of Kansas 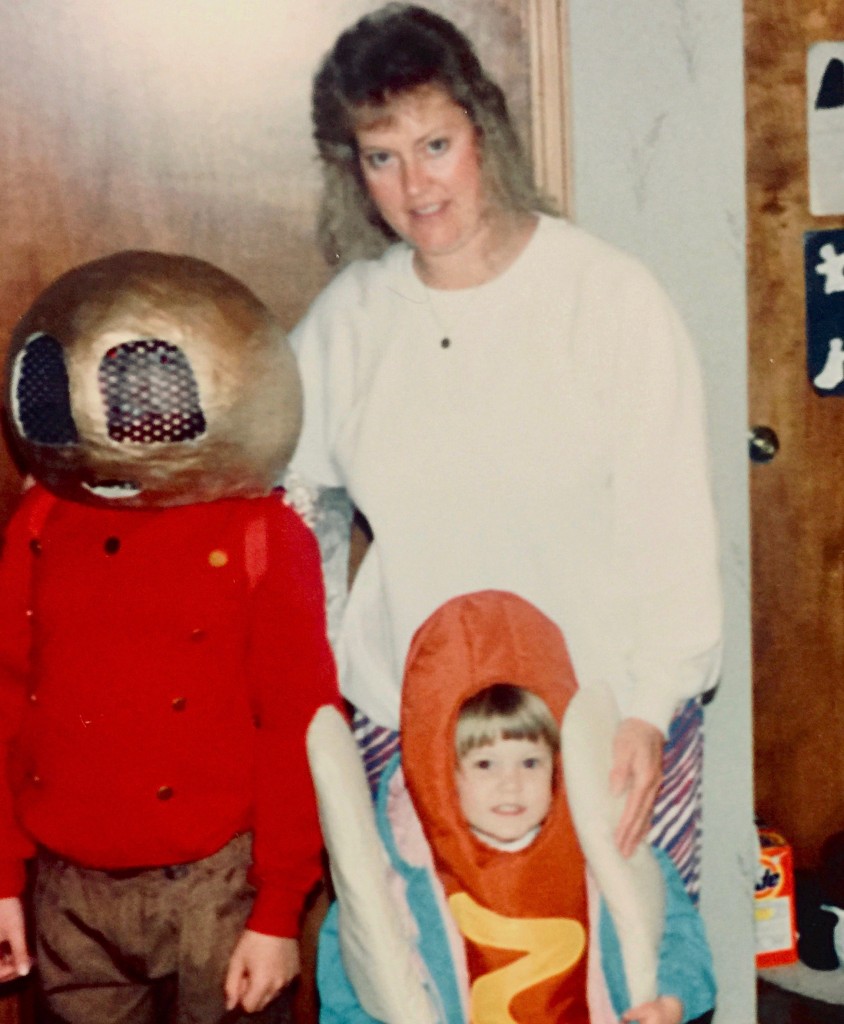 Left to right: Brock Wilbur as Rocketeer, Mother, and his sister as a hotdog. // Photo by Tom Wilbur

Growing up, I fucking hated The Wolf.

In my quiet neighborhood in Salina, Kansas, the bane of each Halloween season was the moment of truth when I would come to face-to-face with my arch-nemesis. And what a fearsome foe I had been assigned.

The Wolf was my dad’s friend Jim. Jim’s house was down the street from us by maybe ten houses. Jim and his family were basically our extended family; he was akin to an uncle. So skipping his houses was never an option. Even if I begged for it. Because sitting upon Jim’s front porch was a most unpleasant greeter: The Wolf.

The Wolf was the size of a man, and he sat, unmoving, in a large wooden chair directly next to the front door. In order to ring the doorbell, you would have to extend a trembling hand upwards, directly adjacent to his toothy maw. Sometimes, this is when he would suddenly move, to snap. Other times, he wouldn’t move at all—the perfect fake-out. Biding his time. On occasions he would leap and grab you. Once, he stood up to chase me, and I thought that so long as I reached the street he could no longer follow. Turns out those are not werewolf rules, and the goddamned Wolf chased me all the way home.

The Wolf from my youth is perhaps the leaking reason why I don’t enjoy any lycanthrope/werewolf-based entertainment (save the feminist coming-of-age masterpiece Ginger Snaps) and also perhaps why I’ve carried an odd terror relating to even the smallest of dogs well into my adulthood. They could bite me at any time.

Traumatizing children is a delightful time for adults. I’ve learned that since.

In the summer of 1991, Disney released a Joe Johnston filmed entitled The Rocketeer about a stunt pilot who stumbles upon a jetpack and uses it to fight Nazis and save Jennifer Connelly from an exploding zeppelin, after Timothy Dalton has chewed all the scenery from its gondola. It was what I lived for. 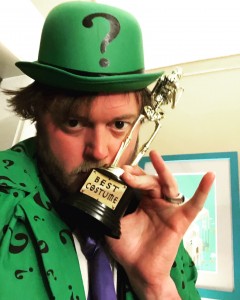 In preparation for the Halloween of 1991, I knew exactly what I had to become. And so, for weeks ahead of time, my father and I worked tireless to build a Rocketeer costume for my Halloween adventures. It involved nine layers of paper-mache over a balloon that was roughly the size of my skull. Then adding fins, spray paint, building a rocketpack, the flight suit—I had everything. I was ready. I was The Rocketeer. Look out Timothy Dalton, you Nazi piece of shit.

The Great Blizzard of Halloween 1991 struck the midwest and upper midwest of the United States for the entire final week of October. In Duluth, snowfall reached 37 inches at one point. With windchill, the temperature reached tens of degrees below zero, and close to $100 million dollars in damage was reported, as most of the affected states also experienced power disruptions.

This would not deter The Rocketeer. I’d worked too long. I’d believed too hard. Nothing could stop me from participating in trick or treating.

My little sister gave me her bag. I would be collecting candy on her behalf, because obviously she would die out in these conditions. With two bags in hand, and almost completely incapable of seeing through my makeshift helmet, my father lead me out into the blizzard. As a second-grade boy, I was just barely taller than the snow, and so my father dragged my body house to house through the frozen tundra. When I rang doorbells, everyone was surprised. Who would dare braze this? No one else was out. Just one rocket-powered child.

And then I reached the house of The Wolf. There he was. That awful sonofabitch. Sitting on the chair. And I knew, I knew, I knew in my heart that he was just a stuffed animal this year. No human could sit in these temperatures. I bravely approached the door and rang the bell, unafraid of being bitten. Uncle Jim opened the door. That’s when I knew there was no one inside of The Wolf. I had won. I had overcome my greatest fear. As the last house of the night, I had flown victorious over Halloween.

That’s when The Wolf sprung to life and tackled me into the snow.

I’ll never know who The Wolf was that night. I’ll never know how long they waited for me and me alone. But I’ll also never forget that Halloween that I overcame it all, including my worst enemy. Fuck you Wolf, I won.

I thought that in a year where all victories must be hard fought over impossible forces (including this goddamned disease) that, perhaps, you might need to hear that you can do it. Anything a second grade Rocketeer can do, you can do too. Godspeed out there.