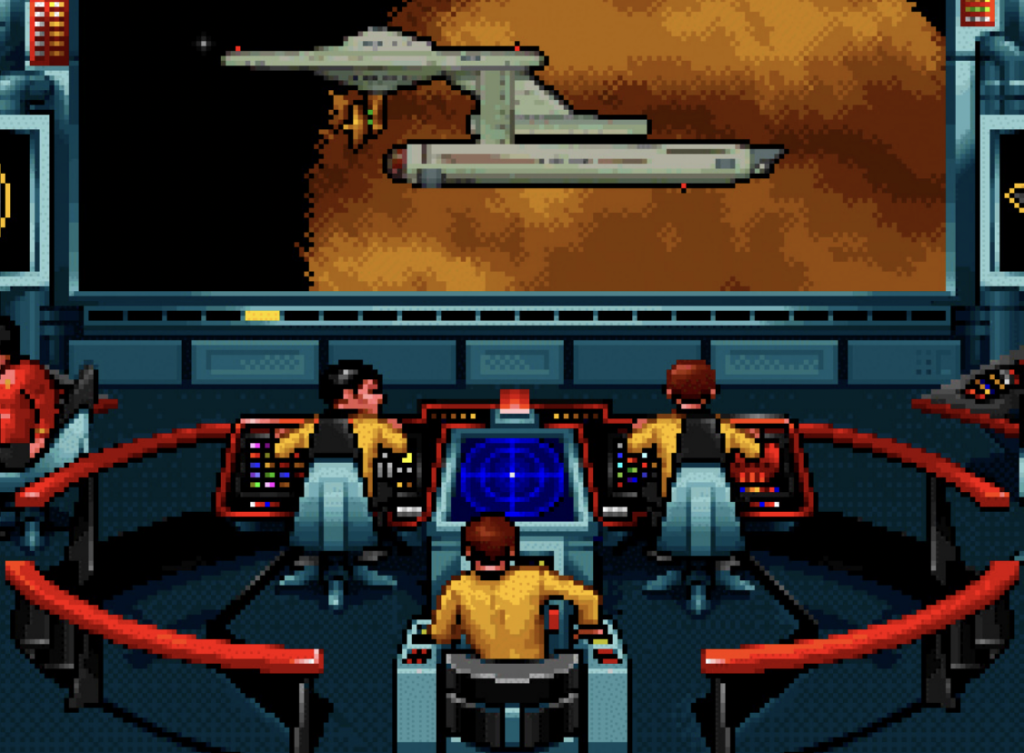 This story ran last weekend in Editor-in-Chief Brock Wilbur’s weekly newsletter Streetwise, which you can subscribe to here. We all had a great time at Planet Comicon here in KC, so thought we’d share a little personal nerdy journey from the vault.

In grade school, Tuesdays were my days for Grandpa Adventure.

My mother’s parents lived across the street from my school and once a week she would turn me loose on them. I would sprint from the playground to their house where Grandma would give me a bag of Wheat Thins and some juice while I waited to discover what Grandpa had planned for us.

The TV show Animaniacs became a very useful jumping-off point for our adventures, since the cartoon I loved constantly referenced pop culture touchstones I’d never seen or read, and anytime I didn’t understand a joke, we’d head to the library to grab the source material. When my mother introduced me to Star Trek: The Next Generation, I couldn’t wait to tell Grandpa about all the cool science dudes on a spaceship and their adventures.

What happened instead was that Gramps got a weird look on his face and got very upset that I didn’t know about the original Star Trek. He proceeded to drag me to the car so we could go rent as many VHS Trek tapes as we possibly could from the local Blockbuster. In my adulthood, I’ve done similar things to lots of people when I became upset that they hadn’t seen a pop-culture thing. I’m trying to break myself of this habit, but it’s nice to remember the one time in my life this worked out well. Grandpa and I watched maybe six episodes that first Tuesday, including “The Trouble With Tribbles” twice.

Perhaps no one should mainline that much William Shatner in one sitting, but I was sold. I was also a kid and being introduced to science fiction for the first time, so making the connections between the two periods/ universes of Trek in my first week was a daunting intellectual journey.

A year later, Grandpa and Grandma got their first home computer: a Gateway 2000 that came in a cow-colored box and had a color monitor—a luxury I had never encountered.

The first thing we did the next Tuesday was drive an hour and a half down to Wichita, Kansas, which was home to the nearest videogame store. I’m not sure how Grandpa knew, but there was a brand new Stark Trek game and we were going to play it together.

This detail is still a bit bewildering to me, because the man had never played a videogame before in his life, and since he’s no longer alive I’ll never figure out how this all came to be. That mystery is one for the ages.

The game in question was Interplay’s point-and-click adventure Star Trek: 25th Anniversary. Written as an unofficial fourth season to the original show, you controlled the crew of the Enterprise across seven adventures requiring diplomacy, mystery-solving, and liberal use of phasers.

We drove back to town and immediately installed the game from its eight 3.5” floppy disks and began searching for new life and new civilizations. I died immediately. And then did it a lot more. And some more after that. I was prepared for point and click puzzles that had no basis in worldly logic, because I’d gotten into Sierra games a year earlier. I wasn’t prepared for the game to also include a spaceship piloting and battle mechanic in the depths of the inky black in the Neutral Zone. No matter how many times we restarted the entire game, we couldn’t find our way to the first planet.

In our excitement, we’d forgotten to read the instruction manual. As a means of copy protection, players were required to use an included map to navigate to the correct galaxies. We didn’t know and the game didn’t tell us, so our first few Tuesdays were spent warping into unfriendly space and blasting unending waves of Romulan or Klingon ships, until the Enterprise eventually exploded.

It made for a bleak exploration of the universe. 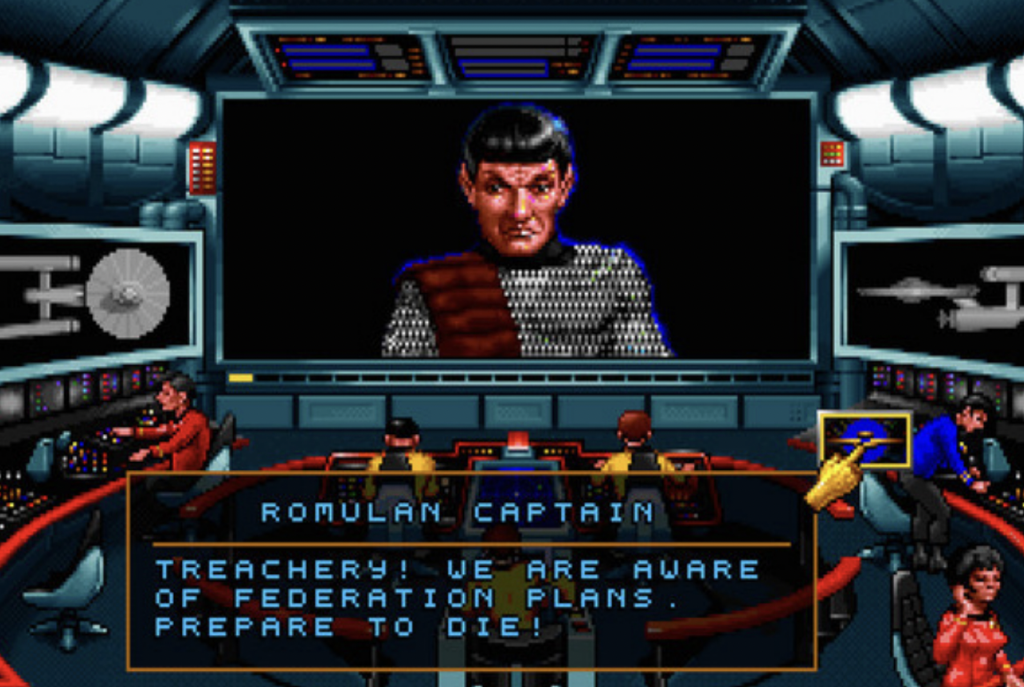 Eventually, we turned to the instruction manual, but instead of reading it and finding the map, we found a hint line listed on the back. These kids today get to ask the internet how to beat a tricky game section for free, but we had a 900 number that charged an outrageous amount of money for gamers to navigate an overly complicated menu read by a robot.

To eat coins, arcades could make games harder, but adventure games needed a different angle. Creating impenetrable puzzles was a great way to do that. Grandpa and I called the 900 number, and after seven sub-menus we discovered the truth: we were the biggest dummies in the entire Neutral Zone.

Using our map, we traveled to the first planet in the game and beamed down to the surface. That’s when I died a lot more, in much more bizarre and complicated ways. It became obvious to me and Grandpa that we’d need to call that hint line again. Thus began our own meta-game of Grandson versus The Hint Line.

We began mapping out the complicated phone system so we could get to answers faster than Interplay could bill us. As a kid who wasn’t allowed to use the phone at home, this was just as thrilling as the Trek adventure itself.

There were moments of triumph when we realized we’d almost solved an unsolvable puzzle by ourselves. There were moments of defeat when I hung up the phone and realized I still had no clue what we were supposed to do. These were moments of investment in a game that I would almost never have again, and the fun Grandpa and I made for ourselves could never be explained to outsiders. No one would understand how our weeks of misguided exploration were more fun and in line with Trek’s spirit than the game itself. We played the game wrong and it brought us closer together. There was unexpected fallout. Unlike Grandpa Adventures for ice cream, this Star Trek game had left a lengthy financial paper trail. One of the only fights I ever saw my grandparents have was the day Grandma found $40 on the phone bill, linked to dozens of calls for a 900 number, and assumed either me or Gramps were fooling around on some adult chat line.

Oh, Grandma. It was so much worse, because we were paying a robot by the minute to help us cheat our way through a Star Trek videogame. It’s just as embarrassing today as it was then. And for bonus discomfort, during Grandma’s inquisition about our phone activities she accidentally explained what a sex line was to a Second Grade me, before I’d gotten “The Talk” from my parents. That’s one of those developmental memories I’ll use a time machine to correct some day.

As a brief aside, a few weeks later I would find one of my dad’s Playboys for the first time. Instead of keeping it a secret like a normal kid, I took it directly to my mother. I didn’t understand that the naked women were a big deal, but I did find an advertisement for Three-Dimensional Chess (the board game they play on Trek) and wanted to make sure I could get it for Christmas.

Oops. Writing about your childhood is fun, until you realize the impact a science fiction show had upon your sexual development. Maybe we should wrap this up before I learn anything else…

Grandpa and I beat the game. Then we started again. We tried getting lost in space again, but it wasn’t the same as when we had a mission. We knew how to start the game now, so each new system was just a way to kill time (and aliens) instead of the possible gateway to a quest worthy of our talents. Grandpa wasn’t as invested in watching me play what had become “just a videogame” so our interest began to wane.

Six months later, while down in Wichita, I dropped into the software shop and there was a poster for Star Trek: Judgment Rites—a sequel to the game we’d played. There was no release date, so each time we took a trip to Wichita, I ran through the mall to ask the same beleaguered employee if the game was out yet. He’d made the mistake of mentioning I should buy the game guide book for the next one, instead of calling the hint line repeatedly. Each visit, after he told me the game wasn’t out yet, I’d follow up by asking if I could buy the game guide. Around November, he snapped and shouted at me “The guide isn’t out if the game isn’t out, so stop asking!”

When the game finally came out, Grandpa went into the store without me, as I was terrified of IRL Comic Book Guy. Grandpa and I fired up the game and, when I asked for the map in the instruction manual, he let me know that it had been hidden somewhere in Grandma’s bedroom–which was off-limits to me. I remember being upset with him in this moment, but over the next few Tuesdays we mapped new corners of the galaxy ourselves—failing to ever find the right planet to start the game. Now I understand the gift he was giving me.

I appreciate how he forbid me from getting the game guide so we would have to challenge our old nemesis: the hint line. I understand what a rare experience we shared from such a specific moment in pop culture. I hope someday I can recreate the joy inherent in “playing wrong” for someone close to me. 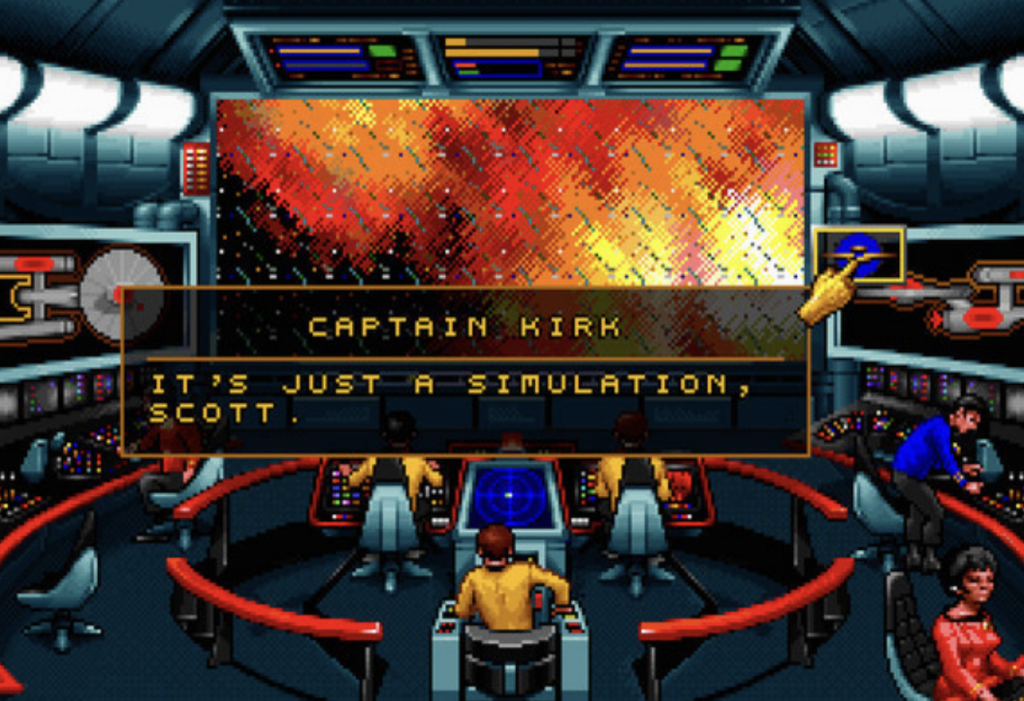