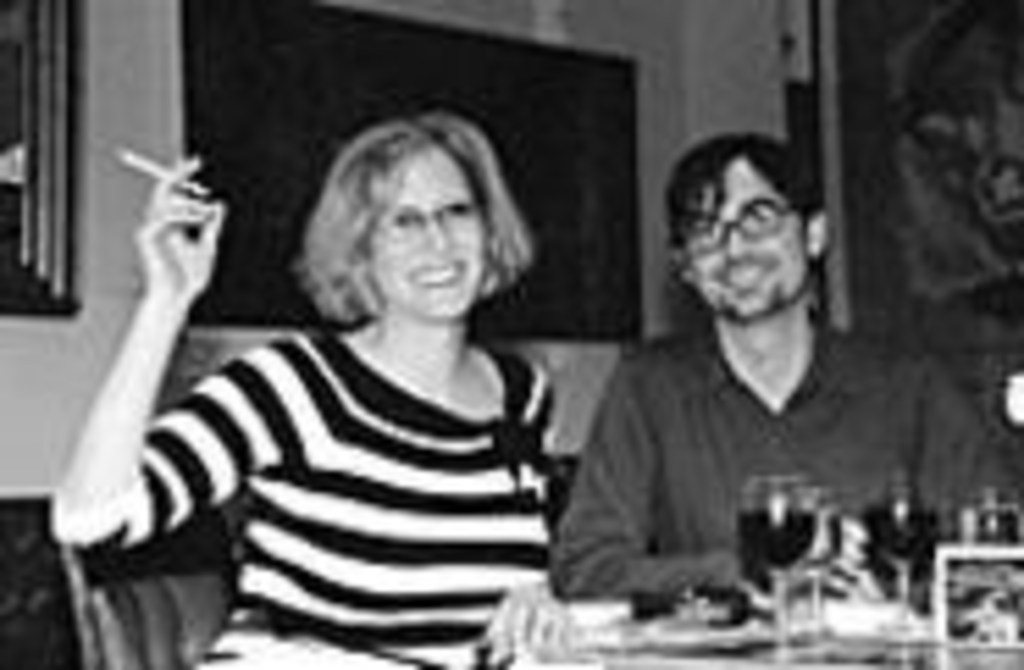 Barbara Rafael hasn’t figured out all of the details for this year’s Bastille Day celebration at Le Fou Frog, her cozy, authentic French café on the eastern edge of the River Market. She’s certain, however, that she won’t be spending the day dressed as Marie Freaking Antoinette.

Could this be why the French revolted against poor Louis and Marie? It was July, after all. Hot, cranky, overdressed and lacking the relief provided by air conditioners, common folk stormed the Bastille and beheaded a few members of the royal family — who, by the way, were totally asking for it. It was a release of pent-up, thermal aggression and also the founding of a republic.

The first year they decided to join in the traditional July 14 celebrations, Rafael and her husband, chef Mano, learned a few things: Mostly, don’t start the party at noon. And period attire? Not worth it.

“We had a big band that year,” Rafael recalls. “You know, like, World War II-era. A lot of the guys in the band were elderly, and of course they went on first in the hot noon sun. I’ll never have them do that again. They drank us out of house and home in Perrier and Evian.”

Maybe the heat wouldn’t have been so problematic if the turnout had been smaller. But from the year of its inception, Le Fou Frog’s Bastille Day celebration has drawn Kansas Citians by the hundreds. Now that the Rafaels and their crew have figured out how not to dress for the occasion, how many staff members should work the day of the party (i.e., all of them) and that it’s best to start after sundown, they’re able to enjoy its success a whole lot more.

The only other year the Rafaels started their fete in the afternoon was in ’98, when France was in the World Cup finals — the Coupe du Monde, as they say in the old country. Patrons watched a game in the afternoon, then danced the night away in a tent set up in the parking lot.

A word about France the year of the Coupe du Monde: Insane. People painted their faces to mimic the French flag. Hordes of yelling fans ran wild in the streets, keeping the whole city informed on the team’s progress. And everywhere you went, someone burst out with the Marseilleise — you know, the French national anthem, the one about defending the nation against ferocious soldiers who otherwise would have slit many a French throat, watering the fields with impure blood. (We love the French national anthem, however violent it may be.)

Bastille Day combined with World Cup victories created a jovial, patriotic frenzy that the French celebrated that year as they celebrate all things every year — with drink and spontaneous song, both at home and abroad, in Paris and in Kansas City (at Kansas City’s Le Fou Frog, anyway). Some locals even sported tricolored face paint and soccer jerseys.

This year, as in years past, Le Fou Frog is where the French and Francophiles of Kansas City celebrate the birth of La Republique. And if they are sufficiently moved by sentiments of national pride, there’s no telling how they’ll show their emotions.

“It’s very funny to get a bunch of French men together and play Michel Sardou,” Rafael says. (Sardou is a theatrical, time-honored French crooner adored almost as much as Jacques Brel, the French Sinatra.) “They all start weeping, and not just on Bastille Day.”

But more common than weeping are singing, dancing and no-holds-barred merrymaking.

And every year, partygoers are treated to costumed appearances by the always-riotous members of Late Night Theatre, milling about in drag. Cross-dressing is an oft-overlooked mainstay of French culture (for further explanation, see also La Cage aux Folles), but it is overlooked by neither Barbara nor Mano Rafael.

This year, Madame Rafael is hoping that these guests of honor will perform bits from last summer’s Dangerous Dirty Little Liaisons, with characters such as Marquise de Merteuil, Vicomte de Valmont and Madame de Tourvel providing healthy pronunciation challenges for the Francophonally impaired.