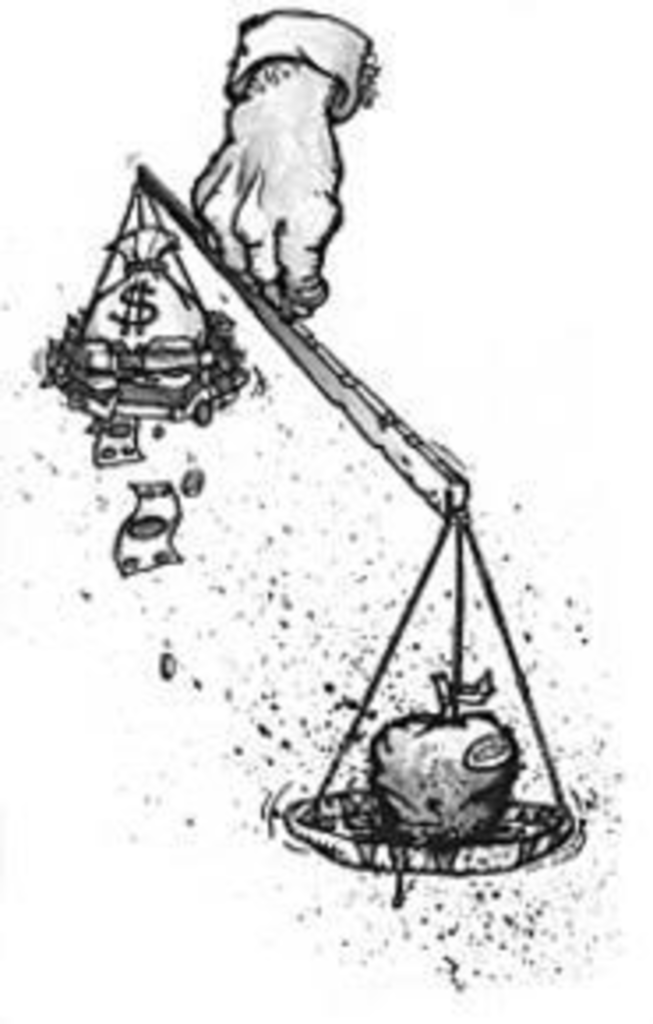 The Kansas City, Missouri, school district spends more money on lawyers and legal settlements than it does on curriculum development.

The district’s legal expenses will total more than $3 million this year, just over $83 a child. The St. Louis City School District — which has some of the highest legal bills in the state — spends $43 a student. If the Kansas City school district’s legal-expense-to-student ratio were the same as St. Louis’, there would be an extra $1.5 million a year to devote to education. That’s enough to more than double the district’s budget for professional training for teachers, crucial for regaining accreditation and settling the district’s long-running desegregation case. Or it could double the Parents as Teachers program, which puts more adults in classrooms and enhances community support of the school district. Or the savings could triple the budget for early childhood education.

In addition to employing two in-house lawyers, the district plans to spend nearly $2 million on private lawyers this year — more than $56 a student, enough to buy two brand-new textbooks for each kid. In Kansas City, Kansas, school administrators spend just $8.80 a student on lawyers. In the Hickman Mills district, the rate is just over $11; in Independence, it’s $2.50.

On a per-student basis, total operating budgets for Hickman Mills and Independence average nearly the same — roughly $10,000 — as Kansas City’s budget. Kansas City receives no extra funds for lawyers. To pay them, the district must pilfer from education funds.

Board members lack easy answers. “All I’m aware of is that we have these legal expenses and we have to pay,” says Al Mauro Sr.

Legal fees are so routine that they are lumped into the board’s consent agenda — the long list of bills paid without debate at each business meeting. For example, on January 8, board members agreed to pay $297,687 in legal bills — an amount slightly higher than the combined total annual legal bills of the Independence, Center and Kansas City, Kansas, school districts, which together have about the same number of students as the Kansas City school district. But the January 8 payment covered just a fraction of the district’s annual legal fees: four monthly invoices from three law firms. At any given time, there may be as many as six firms sucking money from the district .

That same night, board members fought over an $89,963 administrative salary, triggering another onslaught of legal fees.

Several months after the hiring of Linwood Tauheed, board members discovered that Superintendent Bernard Taylor had altered the budget to pay Tauheed’s salary. So the board met behind closed doors, then voted to slice the $89,963 from the budget.

Yet none of these board members — so attuned to the many commas and zeroes of the $330 million budget that they easily found the offending five-figure sum — publicly complained that the year’s budget for lawyer fees had also increased. In June 2001, when Taylor proposed his first budget, the board agreed to spend just $1 million on lawyers. The board agreed in January without debate to double that amount.

No board member is pleased with the amount of time or money the district spends on lawyers. “It gets frustrating to me to hear all this legal mumbo jumbo all the time,” Mauro says.

In general, though, board members’ responses to the dilemma carry a note of resignation. “I think it’s a bad thing,” says Lee Barnes Jr. “But when you’re in the middle of a big federal desegregation case, what are you going to do about it?”

For 25 years, lawyers have drawn steady paychecks from the Kansas City federal desegregation case. The earliest estimate for its conclusion is sometime after 2003. Meanwhile, the district must pay attorney Arthur Benson II for his continuing work, ostensibly on behalf of plaintiff students who graduated years ago. And it has to pay its own attorneys to mount a defense.

Mauro offers an example: Recently he met for about an hour with an attorney under contract with the district to prepare to answer questions from Benson, who is investigating Tauheed’s hiring. The meter ran throughout that meeting and again when Mauro faced Benson. The same thing happened with ten other district officials Benson deposed. More lawyers, more fees.

Federal Judge Dean Whipple permitted Benson to investigate the hiring after ordering a separate probe into that and other suspected instances of patronage, at a cost to the district of $1,000 a day.

The dispute over Tauheed continues Benson’s long feud with the Black United Front, to which Tauheed and two school board members belong. Ironically, the white lawyer and the Black United Front both claim to uphold the same goal: improving the education opportunities for black children in Kansas City. In fact, Benson — whose daughter attends the private Pembroke Hill School — gained permission for his investigation by persuading Whipple that Tauheed’s hiring might broaden the achievement gap between black and white students. The legal maneuvering costs time and money that could be used on education programs to help close that gap.

So it seems like a slam dunk: The desegregation case is the big expense. Yet Charlotte, North Carolina’s school district, which settled a long-running desegregation case last fall, paid considerably lower legal fees. In fiscal year 2001 — the last year of the case — that district spent a mere $270,973 (one seventh what Kansas City is spending) on outside lawyers. Charlotte’s in-house legal staff is slightly larger than Kansas City’s (it has one more full-time attorney), but the district has three times as many students: 105,000.

Moreover, in a typical year, Benson bills the district less than $100,000 for his work on the case — a tiny scratch on the district’s legal-expense ledgers. “It takes all of those lawyers to equal what I’m doing?” he asks sarcastically. “I don’t know how they’re spending their money, and it’s really none of my business. But I can’t imagine that my tiny little law firm requires them to spend many multiples of what they’re paying me.”

It doesn’t. Legal responses to Benson’s actions are “not a real significant chunk” of the district’s mammoth legal bills, according to Allan Hallquist, an attorney at Blackwell Sanders Peper Martin, which has long represented the district. Hallquist, who has practiced education law for decades and works for several school districts, says the Kansas City district’s legal needs are extraordinary. Because it is perceived to have a lot of money, the district is often sued. Numerous unions represent district employees, and their contract negotiations require legal assistance. For instance, last week, the firm Fields & Brown billed the board $62,754 for a month’s work, none of which pertained to the desegregation case. The firm charged $23,611 to battle litigation brought by eleven district employees and nearly $21,000 to negotiate with the teachers’ union. (Fields & Brown attorneys and their family member have made campaign contributions to board president Helen Ragsdale and member Elma Warrick; Kathy Walter-Mack, who as chief in-house counsel for the district assigns the district’s legal work to outside attorneys, also contributed to Warrick’s campaign.)

School board politics are also directly responsible for some of the high bills. The district recently hired two lawyers to defend Barnes, Warrick, Michael Byrd, Duane Kelly, and Michelle Hensley (who has since resigned) against an open-meeting lawsuit brought by fellow board members Mauro, Harriett Plowman and Patricia Kurtz. While the plaintiffs were represented for free by Kurtz’s husband, the district paid a local firm more than the amount of an experienced teacher’s full-time salary to represent the defendants.

And lately, lawyers have been earning hundreds of thousands on the district’s efforts to stave off state takeover and regain the accreditation it lost two years ago because of students’ low academic achievement. Last September, the district signed a contract with Hogan & Hartson, a high-powered Washington, D.C., firm that’s working primarily on state accreditation. Hogan & Hartson, which represented the Charlotte school district during the last year of its desegregation case, sent the Kansas City school board an October bill for more than $127,000. (No one at the firm or in the school district’s legal office will say why the amount was so high.)

Mauro stops short of saying the district is preparing to sue the state if accreditation isn’t restored or if the state attempts a takeover. “I don’t have any comment to make about that because it may involve some legal strategies,” Mauro says.

After years of political turmoil and superintendent turnover, the rigors of a state accreditation challenge might be more than the district administrators can handle. “I think the key thing is to make sure we do everything we can to get prepared,” Mauro says.

But Mauro tells the Pitch that he now plans to keep a closer eye on legal expenses, and others on the board are taking notice as well. Last week, as the board faced another pile of legal bills, a brief dissent arose. “I think it would be a good idea for administration to look at ways we can reduce our legal bills,” Kurtz said before the board agreed to dole out an additional $159,269 to lawyers.