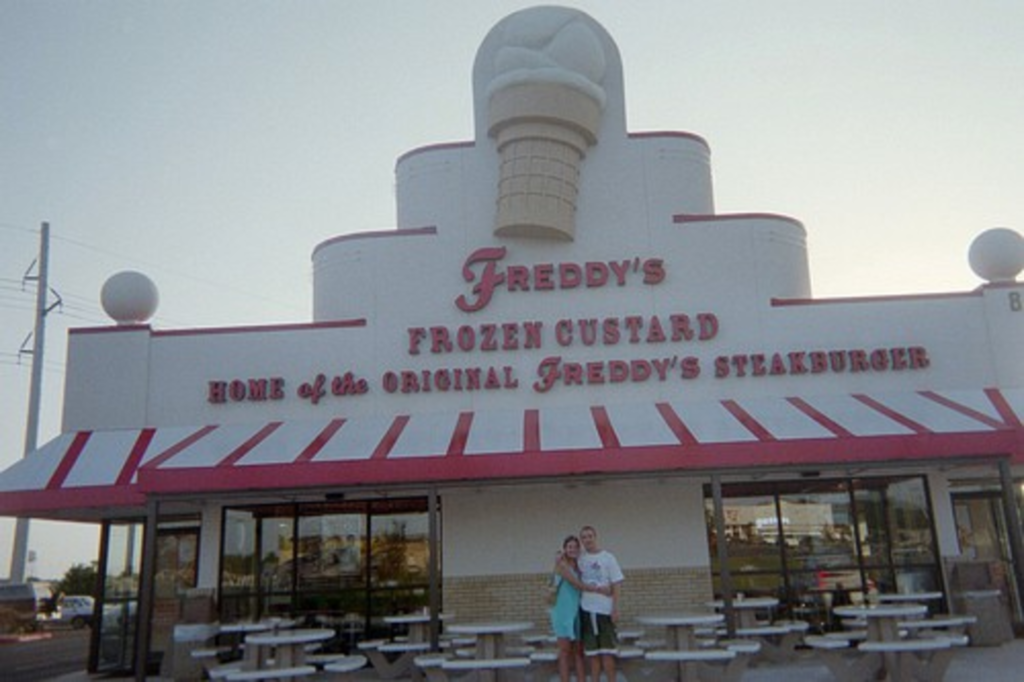 Here are some random newsy items from my reporter’s notebook.

Get Ready for Freddy’s

Freddy’s Frozen Custard is coming to Kansas City. The Wichita Eagle reports on eight possible franchise locations, with the first to open next spring near 135th and Metcalf in Overland Park. Freddy’s Web site lauds the Wichita-based company’s steakburgers, shoestring fries and concretes.

Sharp’s 63rd Street Grill was temporarily closed on Monday after the Kansas City Health Department cited the restaurant for four critical health violations, including evidence of live roach activity. The Brookside staple can reopen once the violations, which also include grease buildup on the floors and walls as well as structural damage to the kitchen, have been addressed.