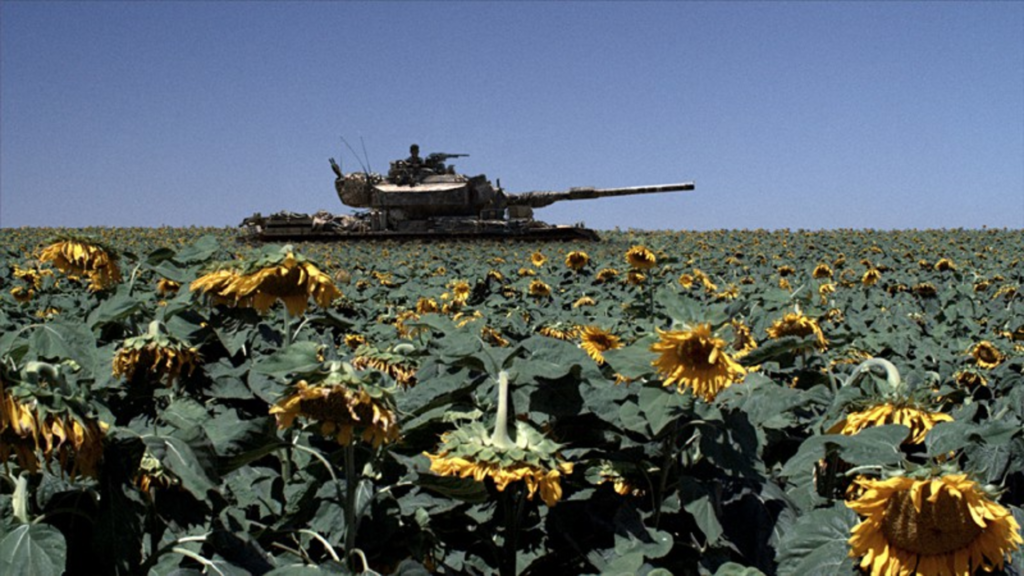 Lebanon, written and directed by Samuel Maoz, is not just the year’s most impressive first feature but also the strongest new movie I’ve seen in 2010.

Actually, Lebanon hardly seems like a debut, perhaps because it’s based on a scenario that Maoz has replayed in his head for nearly 30 years. Lebanon is a film by a traumatized veteran and is predicated on restaging Israel’s invasion of Lebanon in 1982.

Set over the course of a 24-hour period, entirely inside an Israeli tank heading north on the war’s first day, Maoz’s memoir is at once political allegory and existential combat movie. Blunt, clamorous and harrowing, Lebanon is also a formalist tour de force.

As the Israeli soldiers never leave their tank, code-named Rhino, the movie is necessarily shot mainly in close-up, and exteriors are scanned through the cross hairs of the tank’s bombsight. Individuals — a Syrian captive, a dying Israeli soldier, a battle-hardened platoon leader — are intermittently lowered into, or lower themselves into, this moving dungeon. But for the four men inside, there is no escape.

The soldiers in Rhino are unwilling conscripts yearning for normality, ignorant of their enemy, misled by their superiors, and totally fixated on personal survival. Lebanon may be the movie’s title, but the beleaguered tank, blindly plowing through everything in its path, is Israel.