Leanna Brunner, of the Write the Dream conference, answers The Pitch‘s questionnaire 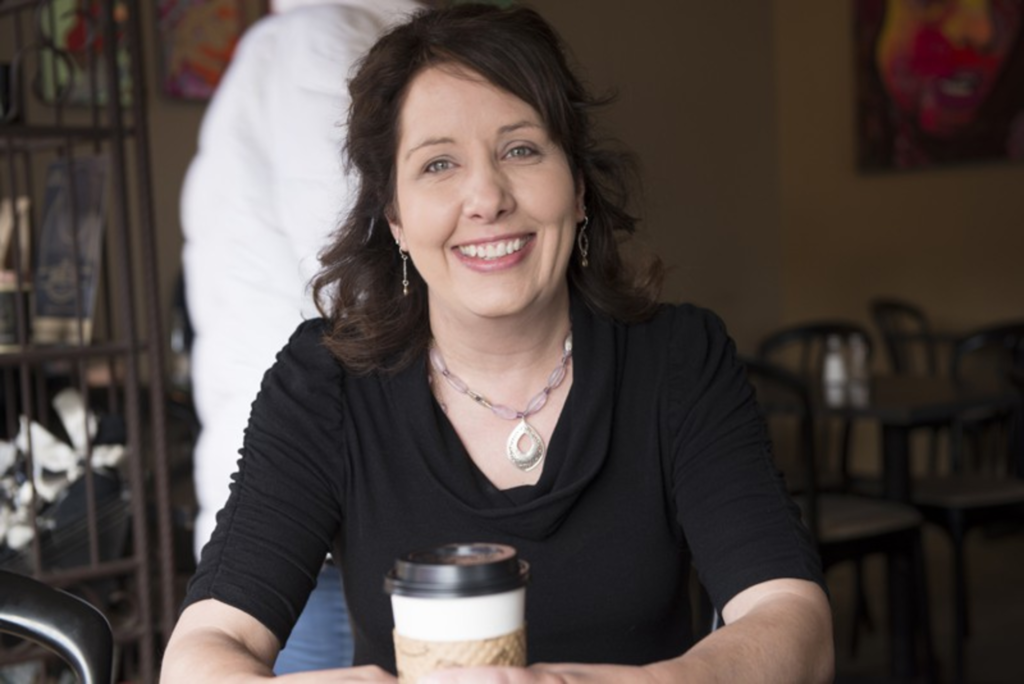 What’s your addiction? My iPhone – like 99 percent of the rest of the population. I’m trying withdrawal on Sundays, although it isn’t going very well. It’s somewhat of a sad testament how we are so addicted to our toys these days, but who would have thought 10 years ago that I could pick up my phone and instantly be video chatting with someone on the other side of the world?

What’s your game? I like any of the latest mobile fad games; that being said, however, I get bored easily and move on to the next one. I don’t care much for the bird games, though.

Where’s dinner? Anywhere I don’t have to cook. I don’t mind cooking, but cleaning up is too tedious and time-consuming.

Finish this sentence: “Kansas City got it right when … ” It sent the Kansas City Royals on a caravan when I was in college, and I was able to interview and write a story on George Brett. That was the highlight of my journalistic career. Some younger people forget that team won the World Series; I think I still have a scrapbook of those guys: Dan Quisenberry, Willie Wilson, Amos Otis, Willie Aikens. I am grateful the city has stayed true to that franchise, despite its ups and downs through the years.

“Kansas City screwed up when … “ Its founders settled our city in a locale with bipolar weather – especially during the winters. Even though I have grown up in the Midwest, these winters are becoming less and less fun the older I get. I like the changing of the seasons, but driving on snow-packed roads takes the fun and beauty out of it. Most people are ready for spring, but it sure is taking its time in coming back around. It keeps taunting us but hasn’t come back to stay. February in Kansas City seems to be the longest month of the year.

“Kansas City needs … “ More self-esteem. We always think of ourselves as not measuring up to bigger cities, but we are, in fact, world-class in many areas. We do have culture and are versed in the arts, and our people are some of the friendliest and most welcoming in the country.

“I’ve been known to binge-watch … “ Horror movies. My mom and I used to stay up into the late night when I was younger, watching horror movies on Friday Fright Night. When the VCR came along (yes, that dates me), we would rent them by the handful. Now, I do the same with my daughter, and the scarier the better. I hope to make my creepy book into a movie and film it here in Kansas City.

“I can’t stop listening to … “ The Wanted and Imagine Dragons. It helps to have teenagers so I am constantly “educated” on the latest groups out there. Although I still listen to the songs from the ’80s and ’90s, some of these newer bands are nice, too.

“I just read … “ A slew of essays from my JCCC students and a soon-to-be-published memoir written by actress Cady McClain.

The best advice I ever got: My mother on her deathbed to me said: “Stop living life to please other people. Be real, be genuine and own your mistakes.” As one who used to live my life in my self-imposed Prison of Pleasing the People, this advice has changed my life radically. We have one shot at this here, and I don’t want to live with regrets.

My sidekick: My three kids: two sons and one daughter. My daughter goes everywhere with me.

My dating triumph/tragedy: After getting the “let’s just be friends” line about 482 times while I was in high school and college, I finally was able to fall in love with one of those “friends,” get married and have a family. I think my chances greatly improved when I rebelled against my mom and let my hair grow out, so I no longer got mistaken for a boy.

My brush with fame: I published my first suspense/thriller novel in the fall of last year, called Final Detour, and am now hosting a writers conference with an actress from Los Angeles. She is giving me the credit for inspiring me to publish her memoir.

What was the last thing you had to apologize for? For not taking my 16-year-old to an Arctic Monkeys concert in St. Louis. I have been known to drop everything and drive out of state on whimsical road trips, and when she asked about this one, I didn’t have the heart to say no. Although I didn’t say yes, she thought I would surprise her with the trip, and when the day came and she found out we weren’t going, I felt horrible.

Who’s sorry now? Me, because now she has her sights set on going to see the Arctic Monkeys in Europe because their U.S. tour is over.

My recent triumph: Being positive in some of the worst of life’s situations. It is very easy to be happy and positive when things are going well, but when things get tough, it’s hard to take the high road. I can say my greatest triumph is learning to stay positive – even when I see the ugliness and hypocrisy in others. When the road gets rough now, I just write a book about it.