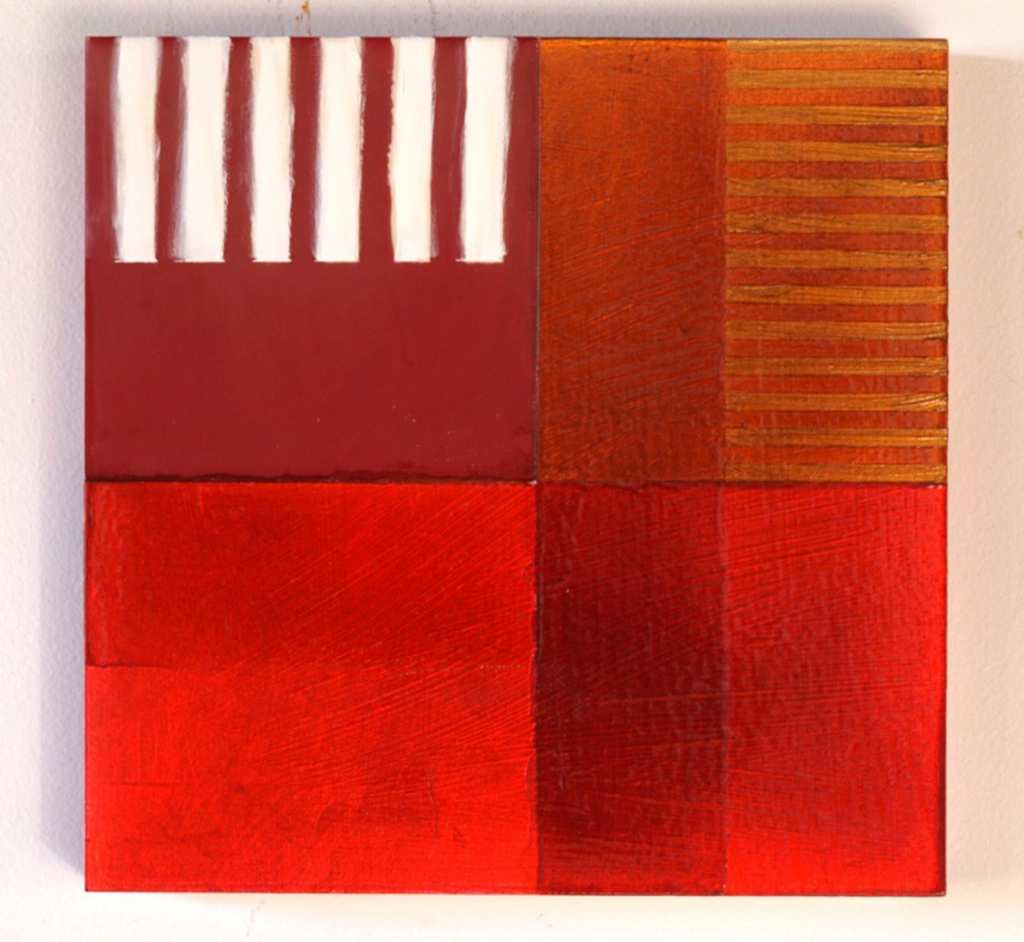 The Belger Arts Center (2100 Walnut) draws from the deep reserves of its collection to open a show centering on William Christenberry. The 77-year-old has been an anchor at the Corcoran College of Art + Design in Washington, D.C., since 1968. He started his career as an abstract expressionist but found a truer calling when he started documenting – in photographs, paintings and sculptures – the churches, storefronts and ramshackle houses that made up the human landscape of rural Hale County, Alabama, where he spent summers as a child. One very moving piece is a dollhouse-size, single-steeple church building, white ceramic coated with dripping glaze like a melting cake and set squarely within a platform filled with the red earth of the South. It replicates the church photographed by Walker Evans and used for the cover of Let Us Now Praise Famous Men, the 1941 book documenting poor families in Hale County during the Depression. Christenberry stumbled upon that volume while living in New York City, and the impression it made helped turn his career.

Though Ayla Rexroth left Kansas City last summer to go to Hunter College in New York, the Subterranean Gallery that she and Clayton Skidmore founded in the basement apartment of 4124 Warwick, just down the street from the H&R Block Artspace, is still a quaint “underground KC” space, now under the direction of Melaney Mitchell. Barred Meadows, which opens March 7 (and can be seen until Tax Day by appointment), is a collection of new oil paintings by Rachel Gregor. Having shown at Artspace (as a 2012 Kansas City Art Institute grad), Paragraph and Spray Booth, Gregor now lives in St. Louis. Her first solo exhibition gathers her alla prima portraits of female figures, which, she writes, have been “left by themselves to contemplate their mundane objects and surroundings within their constructed habitats.” It’s as though they’ve all dropped in for a visit and are waiting to be drawn out of themselves and into a conversation.

Anytime you can see a host of Roger Shimomura’s work at once is a privilege. With more than 100 solo exhibitions under his belt, and the gravitas earned from a lifetime of painting scenes of sociopolitical issues of Asian-Americans (particularly the interred Japanese during World War II), Shimomura recently collaborated with the Lawrence Lithography Workshop, based at Belger Crane Yard Studios (2011 Tracy) to produce a new collection of prints. Some are in collaboration with Michael Sims, a master in his own right.

Also at Crane Yard, home of part of Red Star Studios, a new ceramics show presents works by Kathy King and Chris Theiss, who both use “sgraffito” techniques to decorate their pieces. Sgraffito involves covering wet clay surfaces with colored slip and then carving that away (think of scrimshaw) to reveal the clay layer underneath. In He Said, She Said, the revelations include unexpected narrative depth.

Lei Yan, who has a solo show opening at Leedy-Voulkos Art Center (2012 Baltimore) called Red Memory, is also featured in a Marcus Cain-curated group exhibition at Todd Weiner Gallery (115 West 18th Street), alongside works by Jim Leedy, Jim Sajovic, Steve Pistone and others. Back at Leedy-Voulkos, another new show, Icons and Elizabethans by Steve Joy – a Plymouth, England, native who served in the Royal Air Force from 1968 to 1975 – presents what Joy calls “spiritual abstraction.” Inspired by Tudor and Jacobean works, from a time when art was not, as he writes, “thoroughly connected to trade, commerce and the cultural demands of society via the Church and the monarchy,” Joy uses rich color and geometric structure to express a fascination with the iconic religious works of art of the Orthodox Church and medieval Europe.