Lawrence’s Port Fonda might be better than the original

“I’ve had customers tell me that they like the Lawrence Port Fonda better than the Westport one,” Patrick Ryan told me recently. The James Beard Award-nominated owner, chef and creative force behind both restaurants didn’t sound surprised or offended.

Which is good, because I’m certainly among those who prefer the newer, more westerly Port Fonda.

And it’s fair, because, as Ryan will tell you, the goal was to make the two places distinct from each other. “The demographic is different in Lawrence,” he explained.

Yes, you can draw comparisons: Ryan’s menus are similar, and the servers at both places exude the cool of magazine models. But ultimately, they’re different animals — the free-wheeling original a flashy, brightly colored macaw, ever ready to screech for attention, and the Lawrence sequel a sleek, confident gazelle.

There’s still conspicuous theatricality here. An exhibition kitchen draws your gaze, and the shiny steel communal seating bisects the dining room like a fashion runway. (There’s relative calm outside on the patio, with its rose bushes and shady seating.) But these elements come mostly without the frosty hauteur that often accompanies ambitious rooms like this one. It’s as lively as the Westport venue, but more polished.

As in: quieter. I can’t say whether Port Fonda’s Westport address has maintained its high hipster density because of the compact dining room’s decibel intensity — the music’s dance-floor boom, the high reflectivity of the floor and the furniture. But Lawrence’s Port Fonda is practically zen-like by comparison (down to its blessed willingness to accept reservations), without wanting for its own sex appeal. 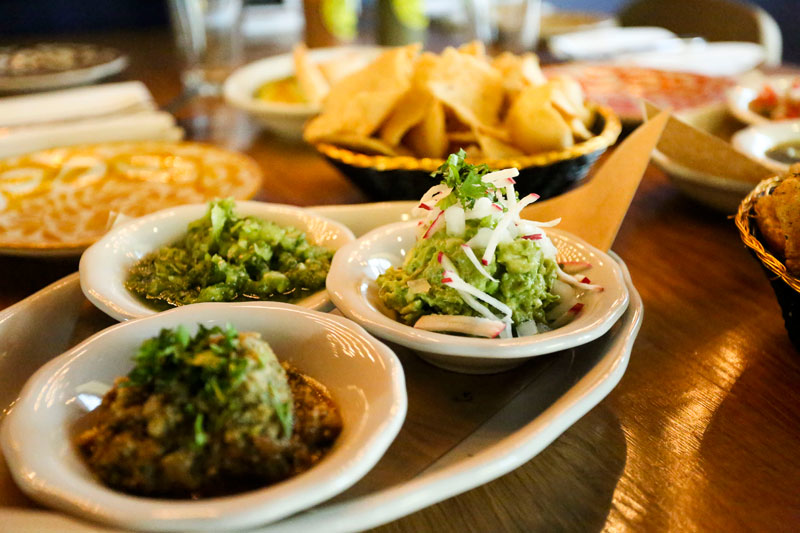 And when it’s good, Ryan’s food is the wellspring of that sex appeal. Even a tasting array centered on salas, for instance, is both immediately satisfying — as you start to eat, your mental picture of when you might stop eating what’s on the platter becomes fuzzy — and uniquely alluring. The four house-made salsas include a delectable roasted tomatillo, and they’re accompanied by good, fresh guacamole and, to complement its silkiness, the smoky brass of that roasted-pumpkin-seed delicacy, sikil pak.

Braised-beef chuck roll doesn’t sound especially refined, but I ordered the one here after my server gently led me away from the roasted-goat cazuelita entrée I’d had my eye on. I’ll go back for the goat someday, but not before I eat the chuck roll again. What I tasted on that visit proves that a meaty stew can deliver succulent nuance. The seasoning recalled what powers Ryan’s salsas, while pickled onions and fat chunks of fresh avocado rounded out the flavors. It was spicy and delicious folded into soft flour tortillas.

The ingredients of the pulpo cazuelita — chipotle peppers, bacon-braised baby octopus, arugula, grilled knob onions — were temptingly aromatic on the plate, but their flavors were defeated by the brininess of the octopus. This was forgotten soon enough when I tried the pozole verde, an uncomplicated soup of pork shoulder in a broth flavored with tomatillo and poblano chiles, pillows of soft hominy, crunchy garnishes and a fried egg. I have often said that a good soup soothes your weary soul; this miraculous bowl goes one better — it forgives.

I sampled the bay scallops, a starter special, marinated in a strawberry-daiquiri infusion. The animal appeal of a good scallop is one thing; fish that’s pretty in pink is another. I don’t even want my coffee perky when I’ve come for brunch — a very popular meal at Port Fonda.

Brunch here is extensive and includes some overlap with the daily lunch-dinner menu — the chilaquiles, for instance, a savory mix of chorizo verde, molcajete salsa, chips and a fried egg. But several excellent dishes are available only during the weekend brunch hours. Ryan’s take on eggs Benedict tops flaky buttermilk biscuits with a hot-and-sweet tomatillo-chile jam, a sizzling slice of grilled pork belly, bacon and poached eggs. All of that is draped in one of the best hollandaise sauces I’ve ever tasted.

More Americanized, but rewarding enough to look the other way, is a dish of two eggs (any style) that comes with robust sausage links from Lawrence’s Hank Charcuterie, fried spuds, frijoles and pico de galllo. (There are corn tortillas, and you should use them.) 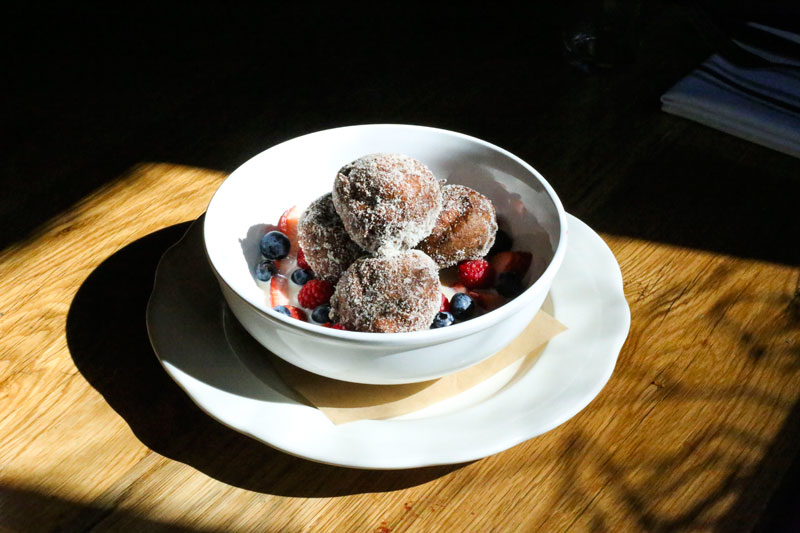 All of that brunch-time daylight must have blinded me for a moment, because I accidentally dipped one of Ryan’s freshly fried ricotta doughnuts — golf-ball-sized pastries rolled in cinnamon-sugar — into the raw tomatillo suegra at my table (for a plate of chicharrones that I didn’t much like). The doughnuts, a staple dessert on this menu and the closest thing you’ll get to a sugary Danish or French toast on the brunch menu, come out floating in a perfumed tres leches flavored with maple and mezcal. That’s a perfectly tasty way to eat them, but I also liked the sweet and spicy combination I’d stumbled into.

That kind of agreeable mismatch isn’t available at many other places, and neither is much of what you quite intentionally order from Ryan’s menu. As at his first Port Fonda, this isn’t where you go for a taco and a glass of horchata (or a doughnut and some bacon) no matter how tasty they might be. You go for the celebrity status — Ryan’s latest Beard nomination may lead to a win — and for the vivacity, and for a handful of exceptional dishes you’re not going to find anywhere but in Wesport or, now, in Lawrence. 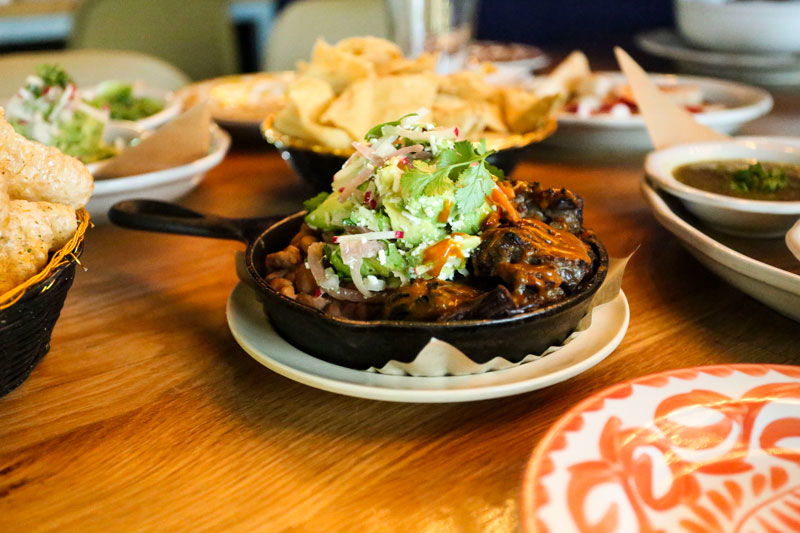