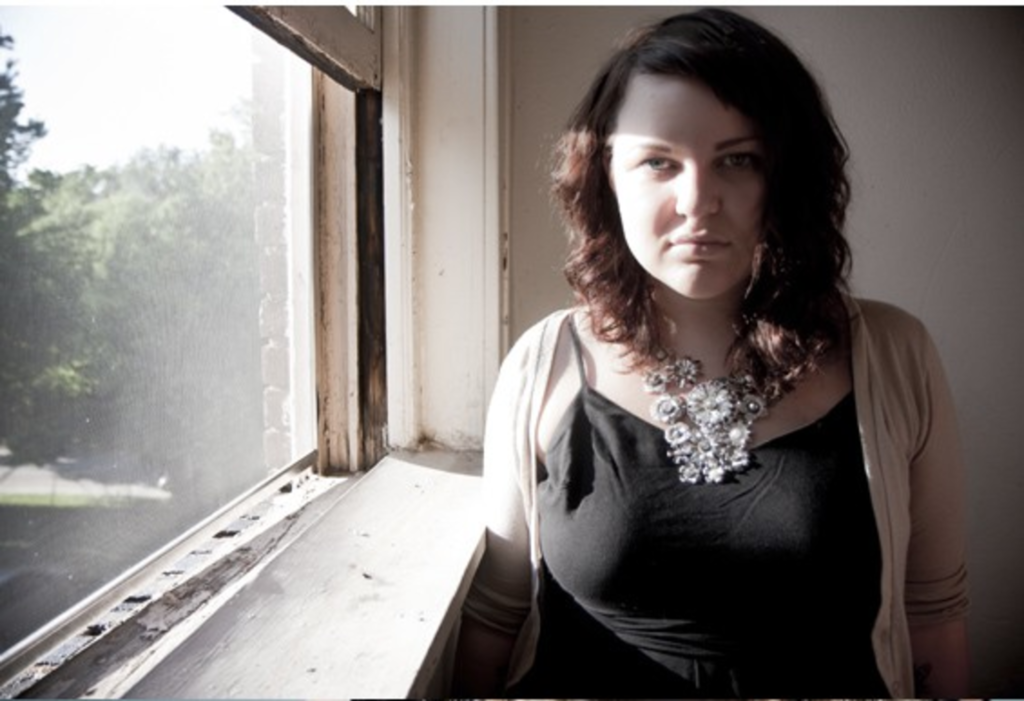 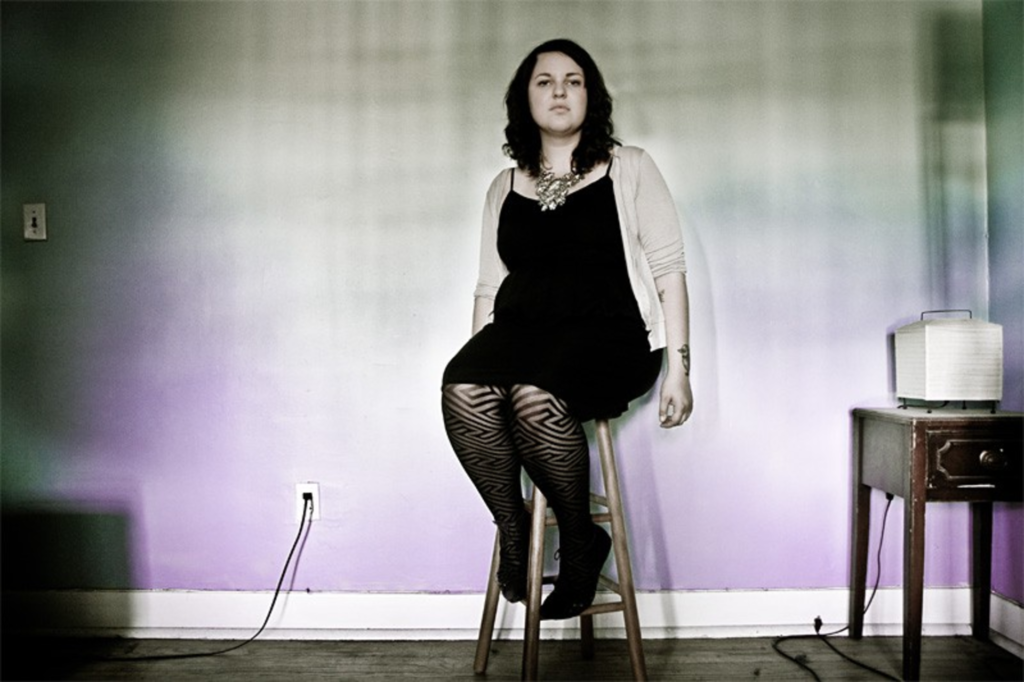 Katlyn Conroy almost died in a tornado when she was 14 years old. A family heirloom saved her life.

“There was a bureau that we inherited from my great-great-grandmother,” says the Lawrence singer and songwriter. “It took 10 people to lift it. The tornado lifted it into the air, snapped it in two, and one of the halves landed on my sister’s leg.” The furniture shattered her sister’s bones, then pinned Conroy, her sister, and her niece and nephew against the wall of her mother’s apartment.

They emerged from the demolished south Lawrence apartment covered in dirt, dust and splinters. “When we came out, my niece asked me if it was snowing because there was all of this fluffy white stuff raining from the sky,” she says. “It was all of the fiberglass raining down, and it looked like snow. That was something beautiful that I took away from that experience.”

It’s not surprising that Conroy has a resonant, positive memory from her adverse experience. She spends her life trying to gather moments like those. “Ninety-nine percent of the songs I write are influenced by random happenings,” she says. “Almost all of my music is written on receipt paper or tattered notebook paper that I have lying around.” These scribbled notes grow into songs for Lawrence bands that Conroy contributes to, including Another Holiday, Cowboy Indian Bear and her solo project, Katlyn Conroy and the Wild and Wooly.

Conroy has been immersed in the Lawrence band community since she was 15. She says the perks of being a Lawrence townie are simple. “Having the history,” she says, “being able to go back and look at the different Lawrence music scenes over time. I met Marty [Hillard] from Cowboy when I played with him when I was, like, 16,” she says of the Cowboy Indian Bear singer and guitarist, with whom she collaborates. (Conroy’s airy soprano soars in the background on that band’s latest album, Each Other All the Time.) She joined Another Holiday as frontwoman at 17, singing the band’s slow-burning electronic pop.

At the suggestion of local producer Joshua Browning, Conroy struck out on her own last year with a solo album, I Think I’ll Stay Inside. Following that torrent of songwriting, she decided to take the project to the KJHK Farmer’s Ball last November. “So I got a band together, and it was just for fun,” Conroy says. “We meshed really well. And we just kind of steamrolled after that.”

She’s being modest. Katlyn Conroy and the Wild and Wooly won the Farmer’s Ball last year. They’ve been playing together since, and Conroy and her band are recording a new EP.

In contrast to the intimate, soft compositions on her debut album, Conroy compares her new material with the Wild and Wooly with the exuberant pop of Margo and the Nuclear So and So’s. “I’m so excited to be playing this kind of stuff,” she says. “I’ve had a bad habit of playing a little bit more somber things — a little bit more melodramatic. I’ve always wanted to write super-poppy stuff, and I feel like I’ve never been able to before now.”

It’s an approach that complements Conroy’s niche. “Lawrence has a very pretty, orchestrated sound coming out of it,” Conroy says. “I think it’s growing up around such artsy people and homegrown stores and farmers-market kinds of things. You get this really organic feel, where you want to make something really simple and beautiful and laid-back. Everything that comes out of here seems so pure.”

Conroy names Jordan Geiger of Hospital Ships as an important mentor, but he’s not the only one. “A majority of them are way older than me — you know, people that didn’t need to give me the time of day,” she says of the Lawrence musicians who have helped shape her career. “There’s not necessarily one person. It’s just everyone.”

That all-aboard spirit also informs her plans for the future. “It’s fun to be this big, collective family,” she says. “It’s kind of like a Saddle Creek thing. We want to start something like that in Lawrence. I don’t think there’s anything better than making good music with people you care about.”

Conroy lives with members of Cowboy Indian Bear and the Noise FM in a house in downtown Lawrence, and the communal atmosphere fuels her songwriting. “Just hearing music all the time in the house, like hearing C.J. [Calhoun] record demos for the new Cowboy records — it’s really inspiring. There’s nothing better than being a musician, in a house with musicians,” she says. “You’re always feeling like you want to be doing music all the time.”

Because she slipped on ice earlier this year and broke her left arm, she’ll have surgery soon to rebreak and set the bone. She’ll be off the local show circuit for a while, and she plans to use her time well. “I’m concentrating right now on writing songs,” she says. “I’m purposefully secluding myself so I can get all this out.”

Staying inside with a piano won’t be hard for Conroy.

For Conroy, it’s the simple things that are fulfilling. For now, singing and pressing piano keys are enough.