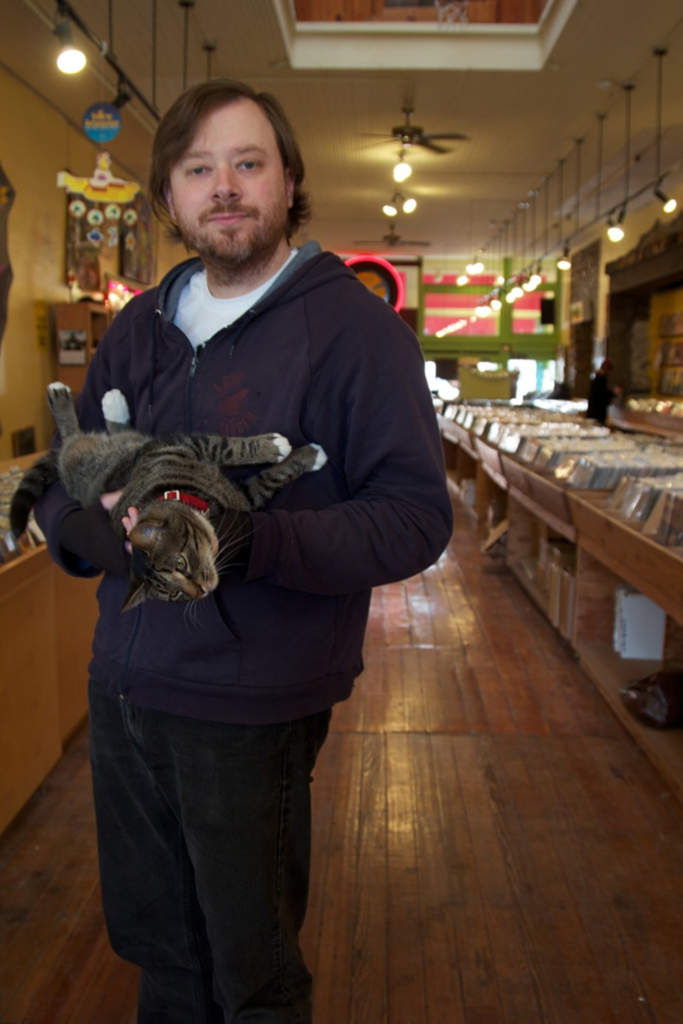 Love Garden Sounds, the legendary Lawrence record store, is doing what many people do when they turn 21: gathering a bunch of friends for a couple of nights at a bar, with plenty of loud music to mark the occasion.

Love Garden is throwing a 21st birthday bash Friday, February 4, through Saturday, February 5. Kelly Corcoran, Love Garden’s owner, thought about putting a celebration together last year to mark 20 years, but the staff was busy moving the store from its original location to its new home at 822 Massachusetts.

The bill came together, thanks to a love of records. Reigning Sound frontman Greg Cartwright was in Lawrence in October to play at the Scion Garage Fest with his other band, the Oblivians. He stopped by the store and struck up a conversation with Corcoran.

“He was such an affable guy,” Corcoran says. “Greg was in the store looking around. I asked if he wanted to play an in-store after Garage Fest. Later, I asked, ‘What would you think about Reigning Sound playing our birthday party?’ “

In true record-lover fashion, Cartwright pledged to bring not only his band but also a box of 45s. He signed on to DJ with the Love Garden Sound System Friday, February 4, at the Eighth Street Taproom. On Saturday, February 5, Memphis rock band Reigning Sound, plus several local acts — including Suzannah Johannes, Miles Bonny and Approach, and Mouthbreathers — fill out the bill at the Jackpot.

For the rest of the birthday bash, the Love Garden crew simply wanted to see their friends play. Johannes, slated to go on first, has sold her EP in the store and is working with Corcoran to produce a full-length album. She has been a fan of the business since she moved to Lawrence, and last year, she played an in-store set. After her performance, Corcoran asked if she’d play the birthday show.

“I’m really excited for the lineup,” Johannes says. “I heard the Reigning Sound was playing, and I said yes. I’m just happy to be a part of it.”

Records nearly died as a format in the early ’90s, but Corcoran credits vinyl as the key to keeping Love Garden’s business viable. The store has faced its fair share of challenges. Besides the fading away of nondigital formats, a landlord dispute led to the store’s flight from its upstairs home with its record-sleeve-lined stairway. But Corcoran believes that giving people what they want keeps customers faithful.

Operating a community record store in the age of iTunes is still doable, he says. “You just have to want to do it, and you have to know what people want. I always try to ask myself, Would I want to shop there?”

Christian Williams, a Lawrence resident and avid music collector, says Love Garden is more than just a store. “Honestly, if they moved into a cardboard box, it’d still be my favorite music store,” Williams says. Just the kind of devotion Corcoran is talking about.