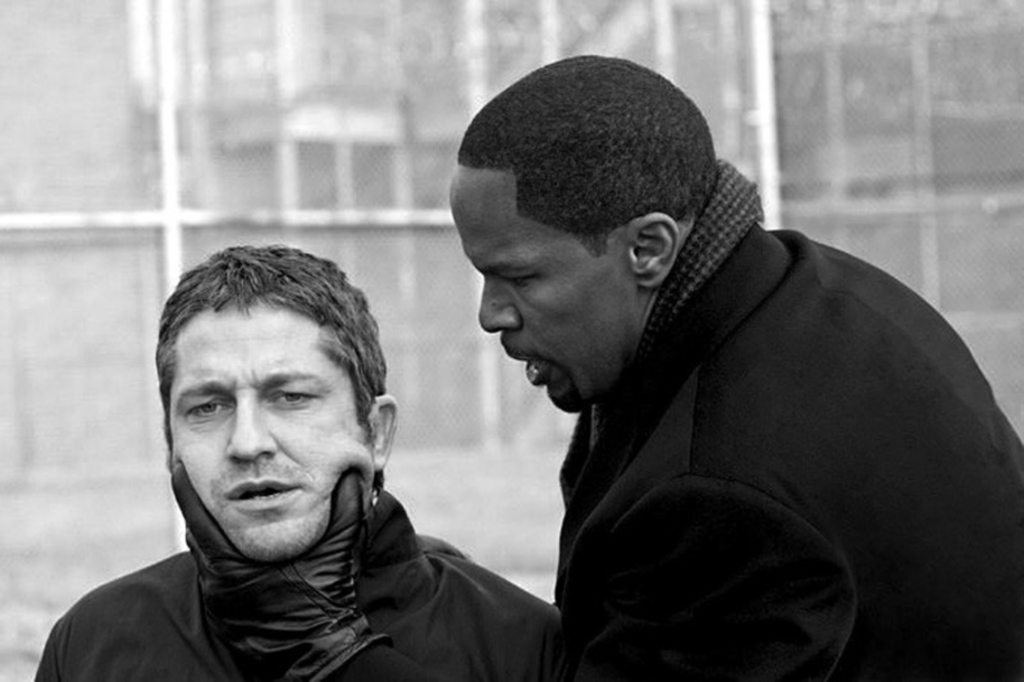 The movie wastes no time: Before the opening credits, a man watches two home invaders slaughter his wife and daughter — we don’t even know their names. Then deals are cut, and the murderer walks while his less culpable accomplice is sentenced to death, and the dad wonders, “But what about justice?” And then, a decade passes, dad has seen a Saw or two, and it’s retribution time. Everyone must pay, even the innocent. So much for our sympathy for the leading man, who happens to be Gerard Butler in yet another questionable role. Cheap, graphic revenge thrills are dressed up as sociopolitical commentary — as in, the justice system is rotten, so let’s blow up, then gut, then roast again the whole sumbitch and start from scratch. Jamie Foxx’s prosecutor (smug, a slow learner) gets a front-row seat to the explosion, as Butler’s Clyde Shelton goes behind bars and into solitary confinement, from where, somehow, he is capable of inflicting enough damage and carnage to terrorize the whole of Philadelphia. Clyde won’t stop speechifying about doing bad things in the name of the greater good. If director F. Gary Gray and writer Kurt Wimmer meant a word of it, they’d quit making films and do something more useful. Saw with a conscience is not what the world needs.