Lauren Krum does not let one genre define her 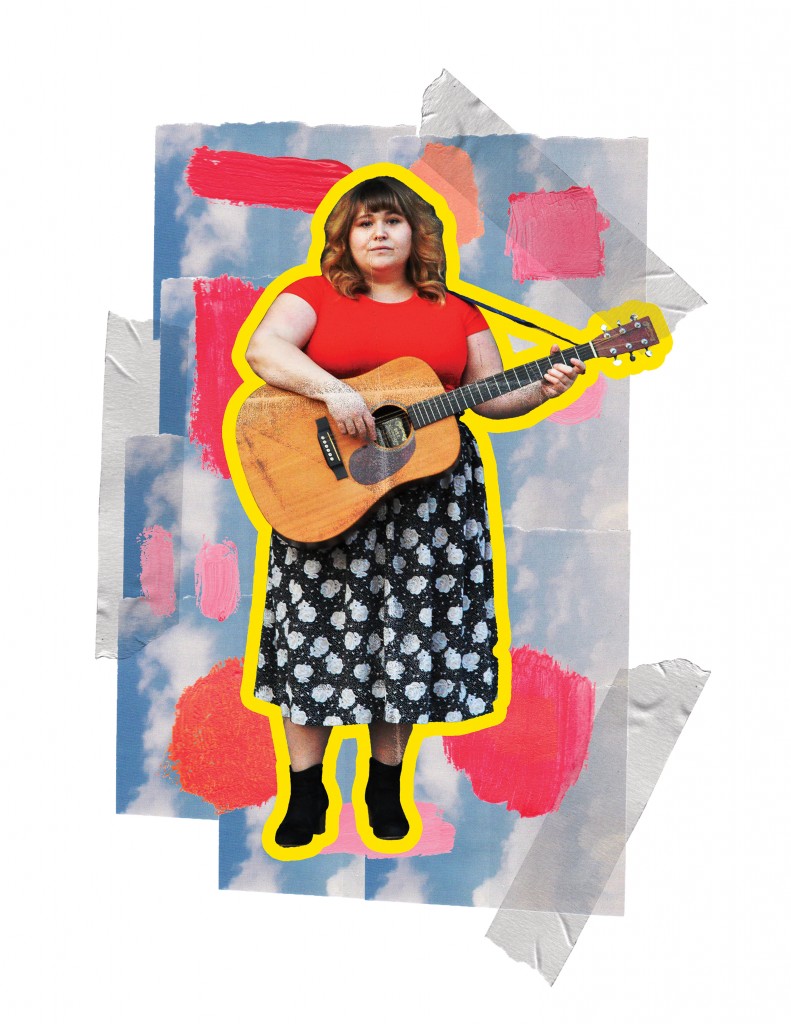 Local singer-songwriter Lauren Krum is no stranger to the Kansas City music scene. She’s become a regular at The Ship in the West Bottoms, playing monthly Honky Tonk Tuesdays with her band Lorna Kay’s One Night Stand.

But the musician’s interests don’t stop at honky tonk: over the last 11 years, Krum has explored genres from country to jazz in three primary projects—The Grisly Hand, Lauren Krum Quartet, and Lorna Kay’s One Night Stand. These collaborations have provided an opportunity to remain true to herself and reclaim the music she loves.

“Sometimes I feel overly precious because I’m someone that wants to practice and feel good at something,” Krum says. “But I have way too much zeal for music and for people to just be in one genre, you know. Especially doing the jazz stuff, where I started to kind of unearth and almost had this rebirth of what do you actually like? Stripping away some of your teens and twenties and ‘Do you like that or did cool dudes tell you that it was cool?’”

She admits that she sometimes struggles with self-doubt in her music and will create hurdles for herself, which often manifests as procrastination. Over time, she’s learned to dabble in different interests, like playing guitar, and to give herself space to be more than just one type of singer.

“The older I get too, I just feel braver,” Krum says. “I’ve grown in my own power and understanding of myself, so I feel more willing to be like, maybe it’s not what you expected but it’s what I’m doing.”

Working with trusted collaborators and dear friends in each of her projects combats self-doubt and maintains creative momentum. She also draws inspiration from those around her.

“I think I’ve definitely gotten less self-conscious, and there’s a good community in KC right now of people that are five and 10 years younger than me,” Krum says. “And maybe that’s always true, but they’re a good source of inspiration of, ‘Wow I wish I would’ve already been that brave.’ And instead of being jealous, like the ship didn’t sail. [laughs] I’m not on my deathbed like, ‘You kids have fun!’”

“The older I get too, I just feel braver,” Krum says.

She adds: “I think too the richness and experience of being 35, I do also feel like there’s things that I’m learning and things that I want to talk about and just being braver about that.”

On Valentine’s weekend, Lorna Kay’s One Night Stand will play at The Cosmic Country Ball at VooDoo Lounge, alongside Miki P & The Swallowtails, Unfit Wives, Elexa Dawson, and a number of other country power-house women. It’s an exciting start to 2020. This year, she finds herself very close to something new: releasing a project that’s entirely her own.

“I’ve learned so much, and I’ve made so many excuses about things,” she says. “It’s been really wonderful too, but I think it’s so easy to be like, ‘Well there’s always someone next to me that’s better at this thing.’ And that’s not really what it’s about.”

Reflecting on over a decade’s worth of performing, Krum feels more confident in what she brings to the table. She recalls watching bands growing up that seemed disconnected, seen with their arms crossed or facing toward their equipment. Krum calls on her sense of humor to break down the wall that exists between the performer and audience.

“I think when you make people laugh, then they feel like they belong there,” she says. “Like then they’re pulled in and they’re all in it together.”

“That’s always fun because again it’s like ok sure, you might still be the kind of person that’s like ‘I like everything but country’ but you still liked that cover and it was fun,” she says. “And letting people know that you can play with styles or dip into things, again we have such all or nothing, pigeonhole way of wanting to think about the arts I think. It only robs us of good experiences.”

Lorna Kay’s One Night Stand at The Ship
Tuesday, February 18
The Ship