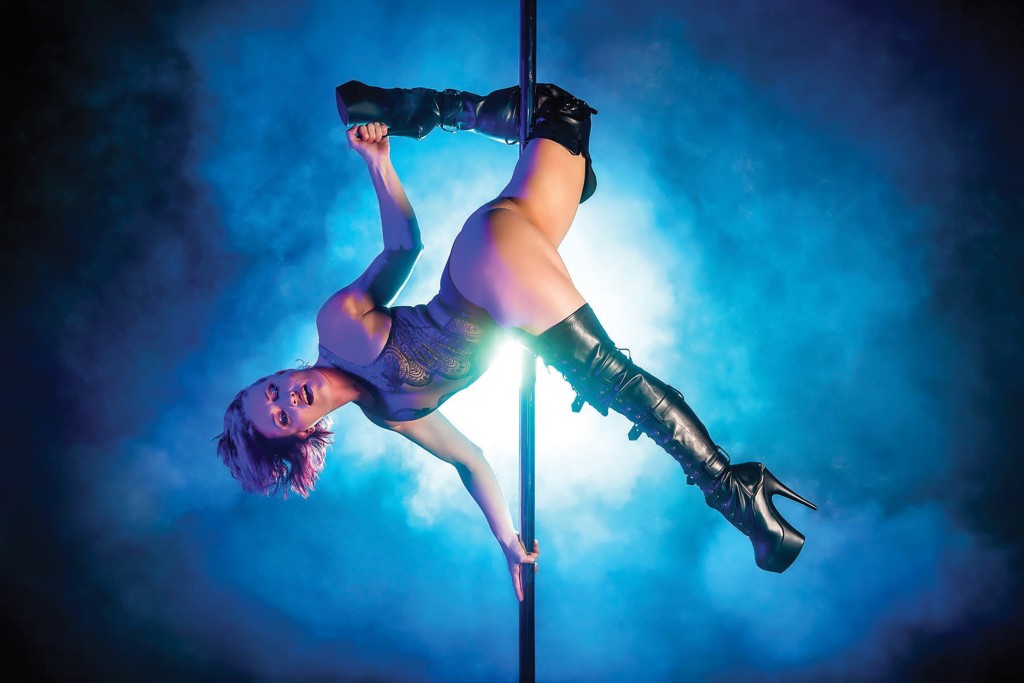 Every athlete has their gear, and for Laura Martin of Alchemy Space Pole and Fitness, seven-inch heels are the last step in prepping for her game.

Located in the River Market, Alchemy Space is an exposed brick studio with windows overlooking the city and light pouring in, creating a comfortable environment for self-exploration and body positivity. This is exactly the goal Martin had for her studio when coming back to Kansas City.

Born and raised in the city, Martin spent over 16 years in San Diego dancing full-time, before coming back to Kansas City during COVID and realizing that she could keep her passion as a job while educating others. For Martin, Alchemy Space is a realized dream that has allowed her to create an environment for people to explore their sensual side and also push their limits.

“I feel like people think that to be legitimate, we have to deny parts of who we are and our sexuality,” says Martin. “The point of this container, of this studio, is to create a safe space where people can re-integrate with that part of themselves and lose that story that we’re constantly being told, especially as women.”

Martin started up in the scene as a stripper and finds beauty in her background. Although she knows some people may judge her, she also knows that most individuals actually have little information about what goes on in clubs as well as what the people inside are like. 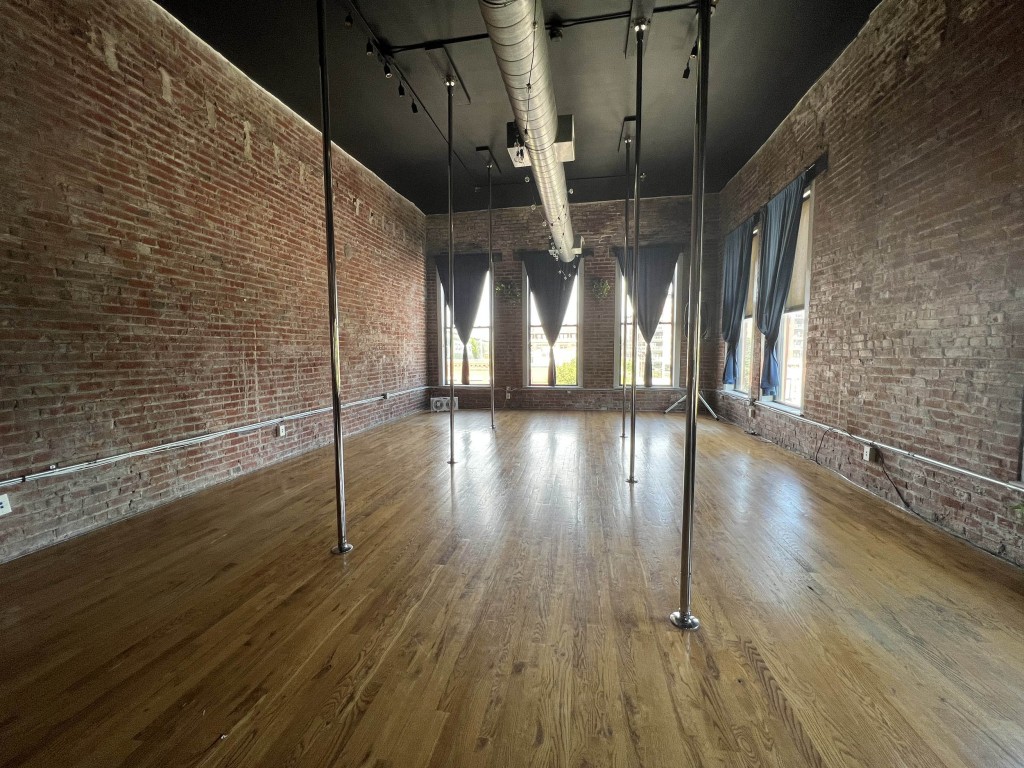 Some people love writing, some people love film, and just like any other passion, Laura loved pole dancing from the first moment she set her eyes on it.

“One night I went into a club and saw this girl doing stuff on a pole, and, honestly, time stopped for me,” says Martin. “I was like, ‘That is the most beautiful thing I’ve ever seen, I have to do it, I want to be the best.’”

Martin wants to invite intimacy and drop the stigma that has been so heavily placed around dancers, strippers, and anyone who wants to take part.

“In all honesty, it’s less about what actually goes on inside those clubs and more about the rumors people hear,” says Martin. “We need to change the way that people talk about it because there’s a lot of misunderstanding and dehumanization in the language that gets used about those places. Generally, it’s not actually the places or the people inside of them, it’s more of what people say on the outside.”

When not in San Diego, she traveled the world, performing and training others in the art as one of two individuals who traveled to China and performed pole for the first time in a more competitive circuit.

At the beginning of each intro class, she gives a brief background on the history of pole dancing and its origin to help students understand the root of the art. 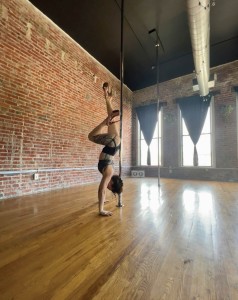 As pole dancing has become more accessible and popularized through social media, Martin has often found that people try to erase much of the original meaning behind the practice to make it more palatable.

During the pandemic, pole dancing became more explored as a way to stay fit at home. It also took hold on TikTok and Instagram. Through these mediums, it has become easier to explore the activity, but also allows misconceptions to form.

“A lot of people that came to pole dancing after it became more mainstream were like, ‘Oh, I’m not a stripper,’” says Martin. “As somebody who used to be, I was really afraid to talk about it, but I got over it because I realized they’re wrong. People want to act like it’s just exercise, but you know and you can see that they feel a sense of something empowering because there’s a truth to that.”

As the classes have grown, Martin has seen people come together to build a community and build up themselves. In her years as a stripper, she says she learned lessons that were fundamental to her growth as an individual and she can see her students beginning to come to the same realizations.

“Back when I was dancing there was still kind of an ideal of, ‘Oh you should look like this or your boobs should look like that,’ but what I learned in the club is that none of that was true,” says Martin. “When I walked in, I saw women of all shapes and sizes, but the one that always stood out to the crowd was the one that had an actual smile and whose energy was just so warm and genuine. She was just beauty, and I had this moment of realization that our uniqueness is what makes us who we are.”

Every few months after all of the lessons and practice, Martin puts on showcases for her students at the studio to allow their hard work to be seen. Alchemy Space’s Summer Showcase will function as their one-year anniversary celebration and will take place Aug. 6.

“I’ve had people come up and tell me, ‘We didn’t know what we needed here,’” says Martin. “They’ve told me that they feel more alive and their confidence has grown exponentially. They get to bring back a piece of themselves that they had just kind of forgotten or pushed away.”

If you’re interested in giving this a try, don’t let your preconceived notions stop you from walking through that studio door.

“I always tell people it’s not as bad as you think,” says Martin. “Come to a class and put on the shoes. You’ll be happy that you did.”