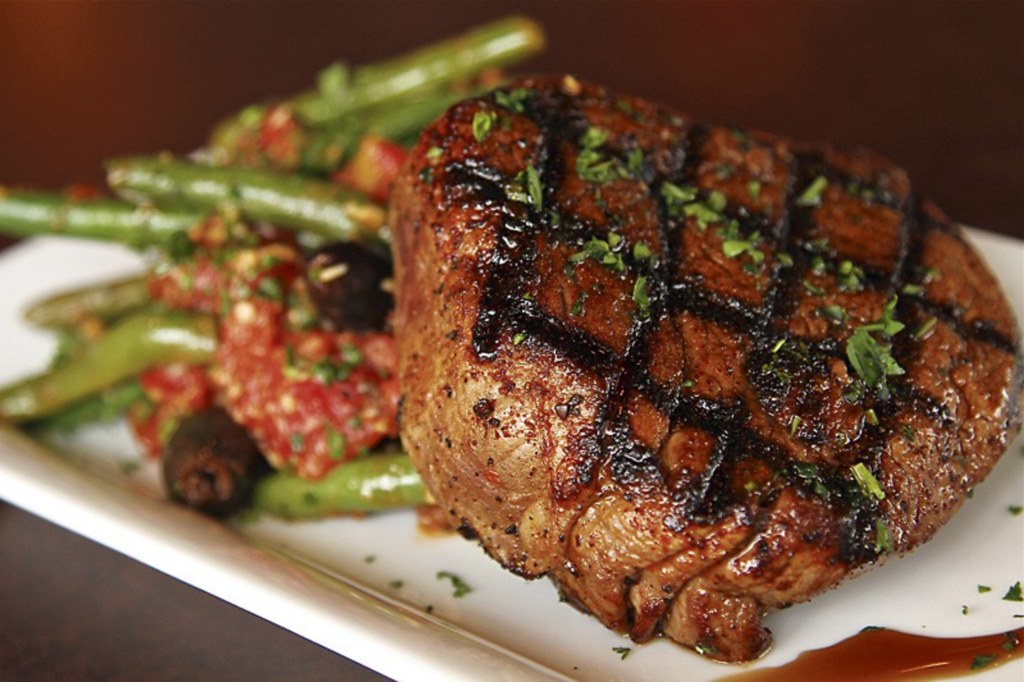 I recently ran into a female friend, whom I hadn’t seen for quite a while. She not only looked terrific but also looked years younger than she did the last time I saw her. I just couldn’t get over her apparent plunge into the Fountain of Youth, and I guess I said as much when I ran into a mutual friend.

“You’d look great, too,” the mutual friend whispered, “if you exercised every day and got hair extensions and Botox injections. If you’ve got a little money and a lot of ambition, you can look like a million bucks.”

A little money and a lot of ambition also went a long way into turning the former JP Wine Bar — one of the more spectacular restaurant flameouts of 2010 — into the far more attractive and sexy satellite of La Bodega, the tapas restaurant at 703 Southwest Boulevard.

Like the original La Bodega, the interior of this suburban stepsister is painted a deep-paprika orange. (The color choice actually predates La Bodega; the owners of the old Boulevard Café chose the shade in the early 1990s.) And it shares a vibrant energy level with the first La Bodega location. Oh, and it’s also gratingly noisy when the dining room is full, just like on Southwest Boulevard.

But there’s a reason that this new La Bodega is packing in the customers in the same spot where JP Wine Bar was miserably unsuccessful at developing any cachet: Restaurateur James Taylor has long established La Bodega as a solid brand.

The food isn’t inexpensive at the downtown restaurant, but it’s consistently good. So is the service. And its location — close to the Crossroads District — is appealing, and all those tempting little Basque-influenced dishes make an elegant alternative to the steaks, fried chicken and cheeseburgers that dominate most Kansas City menus.

On my first visit to the new restaurant, I joined two friends of mine — a sophisticated, art-collecting lawyer and his literary wife — who had some issues with the dining room’s acoustics. Fair enough: It’s nearly impossible to have anything resembling a civilized conversation. But they loved every other component of the place. It helped, I think, that there were other sophisticated, art-collecting types in the dining room. It reminded me of a quote by a 1950s movie star, extolling the virtues of the old Chasen’s restaurant: “My kind of people eat there.”

I understand that sensibility, even if my kind of people — whoever the hell they are — probably wouldn’t dine at the suburban La Bodega simply because it’s in uptight Leawood. Three fabulous, big painted portraits of famous nonconformists are on the wall at the bar: Pablo Picasso, Salvador Dali and Joan Miro. I’m not sure, if they were still living, that they’d dine in Leawood, either.

Then again, maybe they would. A bevy of attractive, preening young women were lying in wait at the bar on my second visit. That night, I discovered that the bar here is actually a much more relaxed — and quiet — place to eat and talk.

This eight-week-old La Bodega II has the exact same menu as its downtown counterpart and some familiar faces working the floor, including General Manager Todd Sandnes (the GM at the original La Bodega from 2001 to 2008), and several servers transplanted from Re:Verse, another James Taylor concept, which lost its lease on the Country Club Plaza in September. Executive Chef Chris O’Dell came from Re:Verse, too.

One must order judiciously from the La Bodega menu — those tempting tapas can add up quickly. The night I dined with the lawyer and his wife, we shared seven pretty, little hot and cold dishes and paid somewhat more than the cost of three full entrées. But everything was delicious. Plus, much of the appeal here is in not ordering big, familiar dinners. Particularly memorable were the herb-flecked meatballs in a smooth garlic-cream sauce and plump grilled scallops corseted in a sheath of salty Spanish ham.

The highlight of the meal, we agreed, was the tapas-sized portion of baked Catalan cannelloni stuffed with fresh spinach, pine nuts, golden raisins and Serrano ham, and generously drenched with an extraordinary cream sauce.

The desserts couldn’t top that. A trio of panna cotta custards, decorated with spun-sugar ornaments, were nearly as pretty as Fabergé snuffboxes but contained so much gelatin that they might have bounced back to the table if dropped. A featured special, a tiny cake soaked in a red-wine reduction and topped with slices of amber-poached pears, was too potent for my taste, but my tablemates liked it.

On my second dinner, this time with Kathy and Marie, we shared the cannelloni, served in a white-hot pan, and we tried a gorgeous ensalada con peras sudo that was decked with slices of candied pear, walnuts, cherry tomatoes, crumbles of punchy blue cheese and a slice of Serrano ham. The caldo Gallego — a wonderfully garlicky soup rich with white beans, chorizo, chicken and spinach — made a smart complement.

Because the bar side of this venue is the less raucous half, we were able to hear every detail of Marie’s most recent tragic love affair (straight out of a soap opera — it was all divine until he met that conniving photojournalist) while barely missing a mouthful. I was underwhelmed by the fragile and crumbly flatbread (pan plano con salmon ahumado), stingily topped with goat cheese, smoked salmon, bits of cucumber and capers. But the patatas bravas are as gloriously spicy here as they are downtown. I gulped mine down as Marie confessed yet another terrifying romantic tale, this one involving a handsome stalker. As my mouth filled with potato wedges, I garbled my question to her. I meant to ask, “Weren’t you afraid?” What she heard was, “Did he wear a toupee?”

“I would never date anyone who wore a toupee,” she snapped.

“Neither would I,” interjected our waitress, setting down a cup of coffee in front of me.

Hey, neither would I. But with a little money and a lot of ambition — and maybe a few plates of tapas — I might, you know, think about it.