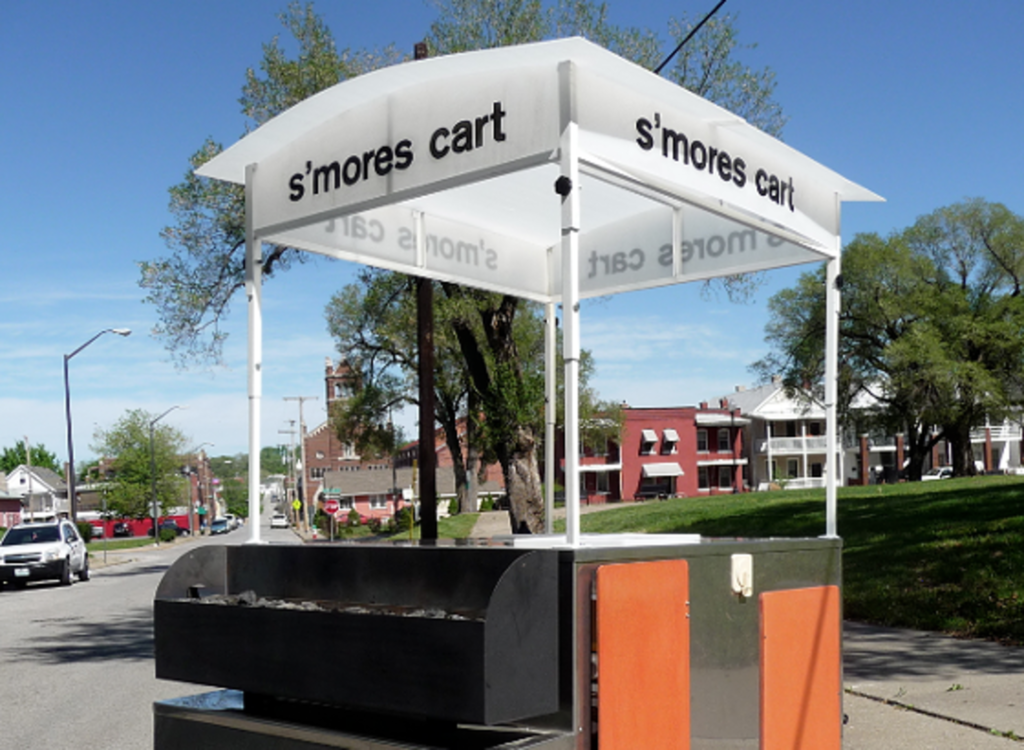 The ingredients for s’mores are simple enough: marshmallows blackening in the fire, chocolate oozing between a pair of hastily broken graham crackers, a deep and abiding commitment to changing the way we use and understand public spaces.

Designer Kurt Flecksing figures that the first two aren’t a tough sell. (And he has them covered; more on that in a minute.) It’s the third that’s really driving his S’mores, the rebuilt food cart that he introduces from 7 to 11 p.m. Thursday, June 21, at 429 Walnut.

“There’s something charming about s’mores,” Flecksing says. “There’s this fun element that draws people in for a conversation. Once there, I’m hoping they’ll start to look more at their surroundings.”