Kristie Stremel is giving away 30 songs in 30 days, and this is the last week 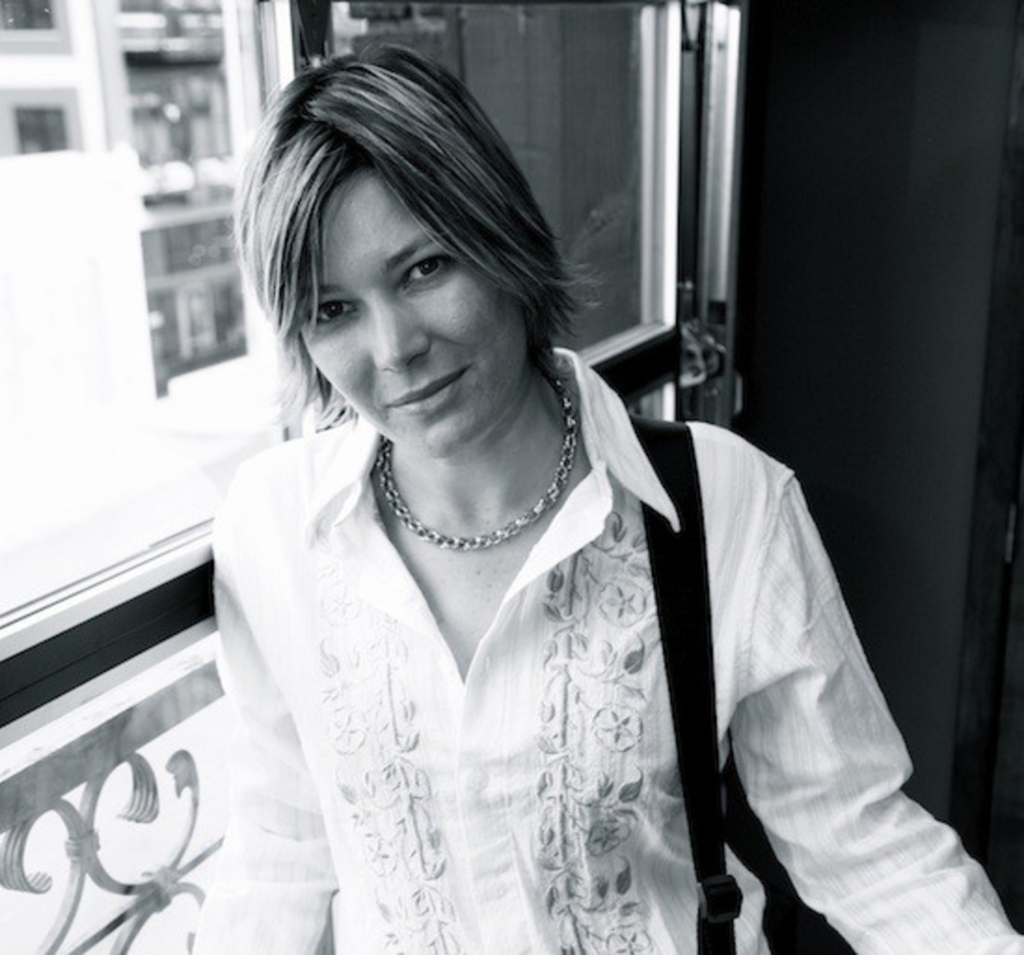 Call it a flash of inspiration: 26 days ago, on the morning of Sept. 11, veteran songwriter Kristie Stremel woke up and decided to give away 30 downloadable songs for free in 30 days. With seven albums under her belt and a career that spans more than 15 years, Stremel has plenty of material to work with, both from her solo endeavors and her earlier recordings with her band, Exit 159. This week marks the final countdown of free songs for Stremel – you can grab the collection on her SoundCloud page here.

Stremel’s straightforward rock and roll is at its best when she really tears into her songs. Her lyrics are always relatable, whether she’s aching for a second chance with an ex or wanting to settle down but knowing she still has a bit too much fire in her belly. The Pitch talked with Stremel about purging the past, the evolution of her songs, and how the right relationship inspired the feel-good vibe of her new record, set to be released next spring.

The Pitch: What inspired you to give away your songs for free?

Stremel: I woke up one morning and a thought popped in my head: I should give away 30 songs in 30 days. I’m expecting a big life change – it was a countdown to this huge change in my life. But also writing songs is like writing a journal, and you can see your own growth – I could never write another song like that because I haven’t put myself in that situation again. It’s so weird to see that.

There are also some things I was reading while I was doing this – I read a quote by John Lennon that said music is everybody’s. Everybody owns music. So there was this element of – not that I’m comparing myself to John Lennon by any means – freeing your ego from what you’ve created. Not to get too dramatic, but the song was really only mine when I was creating it. That’s when it was most intense, and that’s when I felt like it was mine.

I have no fucking idea why I just decided to do it, but those things were in my head. It was also to honor the players who played with me while we were recording. Plus, you know what – who has money to buy songs these days? Everybody is paying their rent and their bills, and who has extra money?

What gets you worked up and makes you want to write a song?

Most of my songs in the beginning – I think because I was drinking so much – I wrote a lot of songs that were all about me and what I was experiencing. I can see the progression – they kind of start lightening up, and when I got sober I started writing about other people and their relationships and how they were reacting to a situation. And I got better at my craft and songwriting and started writing about people, places, and things and not just the way I was feeling. But in my defense I guess that’s why we write – to process things. It’s such a therapeutic thing – maybe not at the time, but listening to it later. It’s like a journal – you can go back later, and be like, “What was I fucking thinking?”[page] 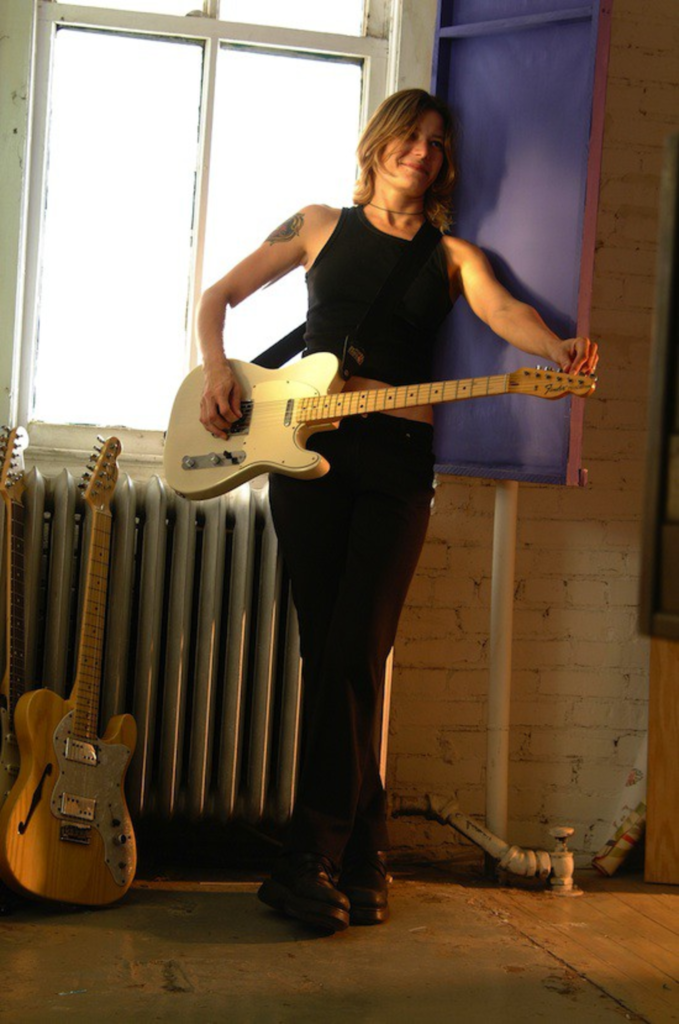 You said you found a relationship that makes you feel free. How has that changed your songwriting?

It changed so much. Three years ago I got out of this relationship that was just not working and toxic – we weren’t each other’s match, and we just hung on to the bitter end. After I got out of that relationship, I thought, “I just want a relationship that makes me feel free.” I put that out to the universe, and I didn’t have to know when or where, but I knew she was coming. I knew there was this great girl out there who would get me. And then sure as shit – I meet this great girl.

This next record – I’m all done, I just need to mix it and get it mastered – it is like feel good music. There are hardly any songs about me, me, me. It’s about people and experiences and fun times on the road and people that I’ve met. People are inspiring me. Sometimes you just need a feel-good song, you know? You just need loud drums, loud guitars – so that’s what we did. When the guys came in the studio, I said, “The only thing you’re expected to do is have fun. One-hundred percent pure fun, so whatever we need to do to make that happen, just let me know.” And we did. We had a ball, and we laughed a lot.

Your dad sang on your song “Marry Me.” Do you have any other experiences making music with family?

My brother plays guitar a little bit. I like to sing with my dad as much as possible, because he’s a really good guitar player. When I grew up, he played in polka bands and wedding bands. I loved listening to him, and he was a big influence on me and taught me how to play. I would love to record with my dad again.

You call “It’s Not a Phase” your “gay rights song.” What inspired that recording?

I was never really big on public displays of affection. I always felt like people were looking at me or I’d be judged. It was the 90s, and people were just kind of getting used to the idea of knowing a gay person, and they were saying, “I don’t care what you do in your bedroom, just don’t do it in front of me.” I guess it was me just getting fed up and saying, “I just want to kiss my girl in the street. I just want it to be okay. How much longer will it take?”

I remember talking to a lawyer friend of mine, frustrated one time, and – he’s an older guy, and he said, “You know what, Kristie? Your movement will not last as long as the Civil Rights movement. Yours will go quicker, so just hang in there.” And he was right. Especially today, I can’t believe – people are getting married, and I didn’t even know that would be in my lifetime. “It’s Not a Phase” is just about my beginning stages – it was kind of the first time I put it in song – “I’m out.” It was maybe just an act of that – coming out to fans, or whoever.

How did getting sober change the experience of recording and playing music?

It was hard – I’m not gonna lie. For like three months, I didn’t even step foot in a bar, because I was so scared. And then I wondered what it was going to feel like to get on stage and not be drunk. And I did it, and I’m driving home from the gig, and I feel great, and I’m waking up the next morning and feeling even better. I’ve been more productive than I’ve ever been.

I struggle sometimes with – it’s late at night, and people are trashed, and it’s hard for me to connect to people. I want so deeply to connect with people because I think that’s who I am. I changed a lot – I started playing coffee shops and little living room parties, or something where you weren’t stuck in a bar. Playing those living room shows is so freeing, because everyone is paying attention. There are people who really want to connect with you and listen to your music, and that’s the best feeling in the world.

To catch all the downloads of Stremel’s songs, see her SoundCloud page.