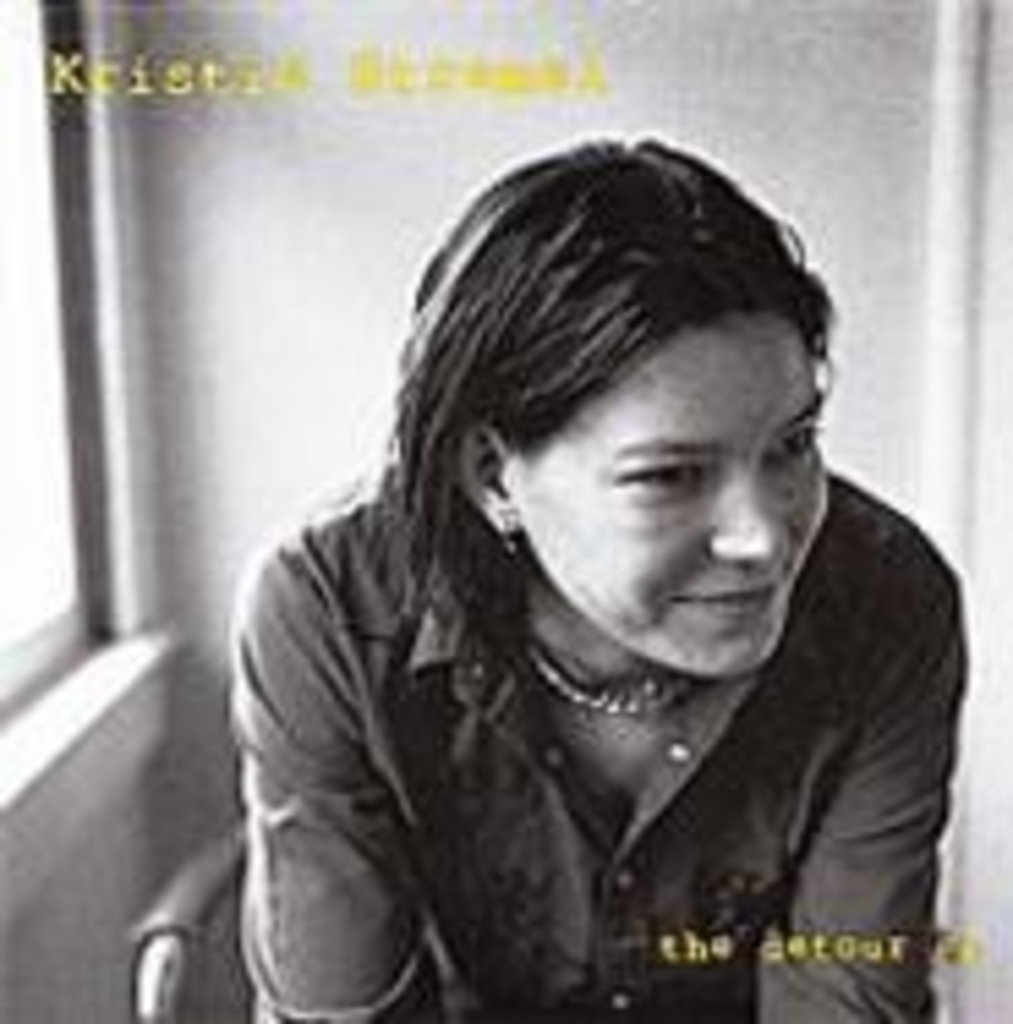 After the breakup of Exit 159, Kristie Stremel performed several acoustic concerts accompanied only by another guitarist, Chris Meck. The Detour meets halfway between these sparse songwriting showcases and the full, polished sounds of her previous outfit, delivering catchy songs that are at once tough and touching. Stremel and Meck are joined by bassist Jason Magierowski and drummer Beth Robinson, a talented lineup that differs from the current five-piece playing shows under the moniker The Kristie Stremel Band. (Stremel and Meck are the only holdovers.) The album opens with a longtime concert favorite, “What Gives,” which draws its power from an intense build-up to a chorus that, if not as explosive as when performed in an electric full-band setting, still provides a satisfying climax. Stremel’s voice, which brings to mind a less raspy version of Melissa Etheridge’s, expertly conveys emotion, as when it drops with longing as she sings the words I just want to hold your hand during “Strong” and when it wavers with vulnerability during “White Trash Ballad.” The lyricism on these mostly love-themed songs is subtle yet effective, as when she continually repeats I kinda like being with you during “Claire’s Song” only to eventually confess I really love being with you. Listeners will be equally enthusiastic about spending time with The Detour, though with as many hooks as these six songs offer, they’ll probably be enchanted immediately rather than relenting over time.