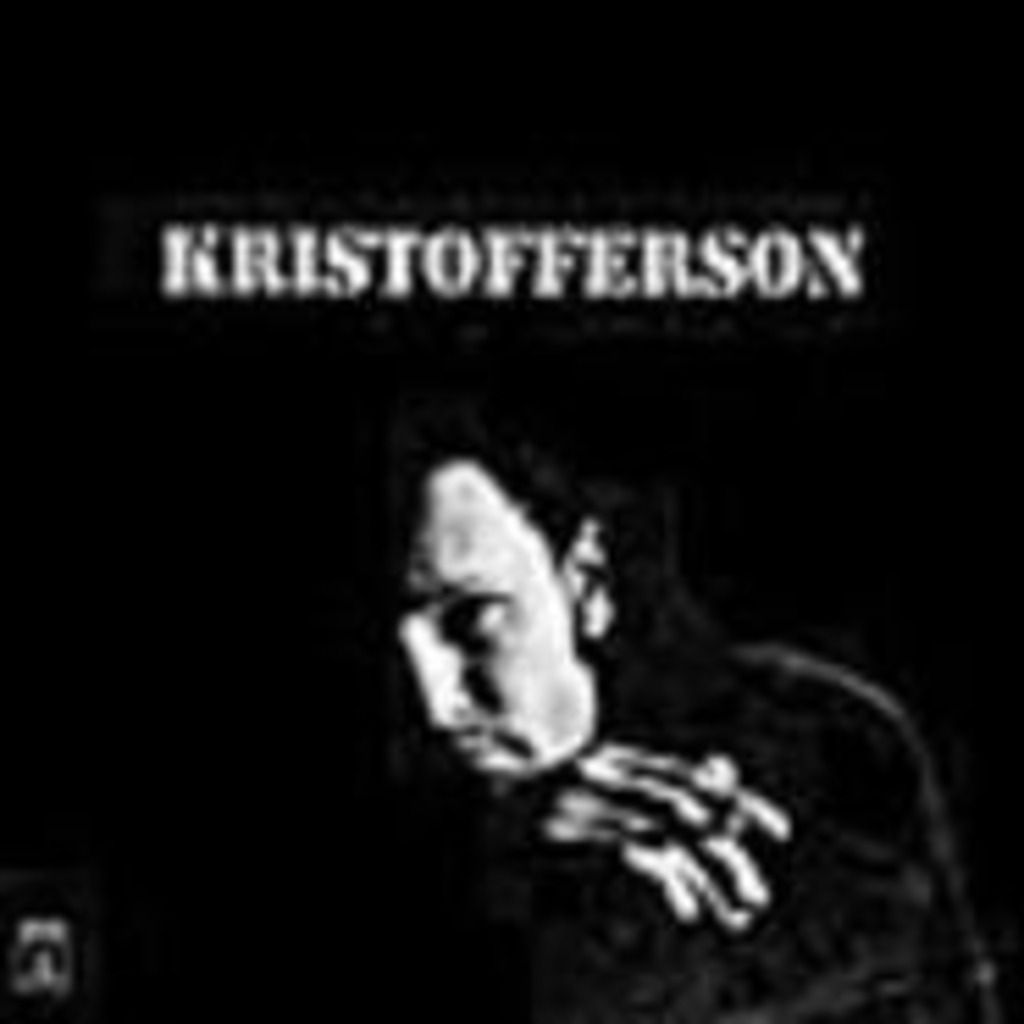 The emergence of Kris Kristofferson in the late ’60s and early ’70s stands as one of the most important events in modern country music. His finest compositions synthesized the countercultural innovations of Bob Dylan and others with the troubadour tradition of Jimmie Rodgers, Hank Williams and Merle Haggard. Granted, there are a few clunkers on his recently reissued 1970 debut. His stabs at hippie-inspired irony (“Blame It on the Stones,” “The Law Is for Protection of the People”) are about as subtle as a steamroller. Mostly, though, the songs here are complex examinations of loneliness and freedom.

Even so, the album is nearly unlistenable for one simple reason: Kristofferson can’t sing to save his life. He has all the vocal control of an alcoholic Peter Brady; he is to meaningful phrasing what Sherman was to Atlanta. Consequently, the only place to hear the depths of Kristofferson’s songs revealed is on other people’s records: Sammi Smith’s “Help Me Make It Through the Night,” Ray Price’s “For the Good Times,” Janis Joplin’s “Me and Bobby McGee” and any number of versions of “Sunday Morning Coming Down.”

On paper, the best-known songs from Charlie Rich’s 1972 effort, Behind Closed Doors, can’t compare with Kristofferson’s finest compositions. However, in the hands of a singer as gifted as Rich, ordinary songs transcend their limitations. Surrounded by Billy Sherrill-produced arrangements that are the down-home equivalent of Motown and Philly soul, Rich turns “The Most Beautiful Girl” and the title track into sensual expressions of heartache and love. When the songs are very good to begin with, as on “Sunday Kind of Woman” (by Charlie’s wife, Margaret Ann) and “Peace On You” (by Charlie himself), Rich’s subtle performances can be downright harrowing. Best of all is songwriter Kenny O’Dell’s “I Take It on Home.” Ostensibly a simple statement of a man’s devotion to his wife, this tune becomes — because of Sherrill’s pulsing, dynamic backdrop and the way Rich moans ‘cause I believe she’d do the same for me — a convincing reminder of what a leap of faith fidelity can be.