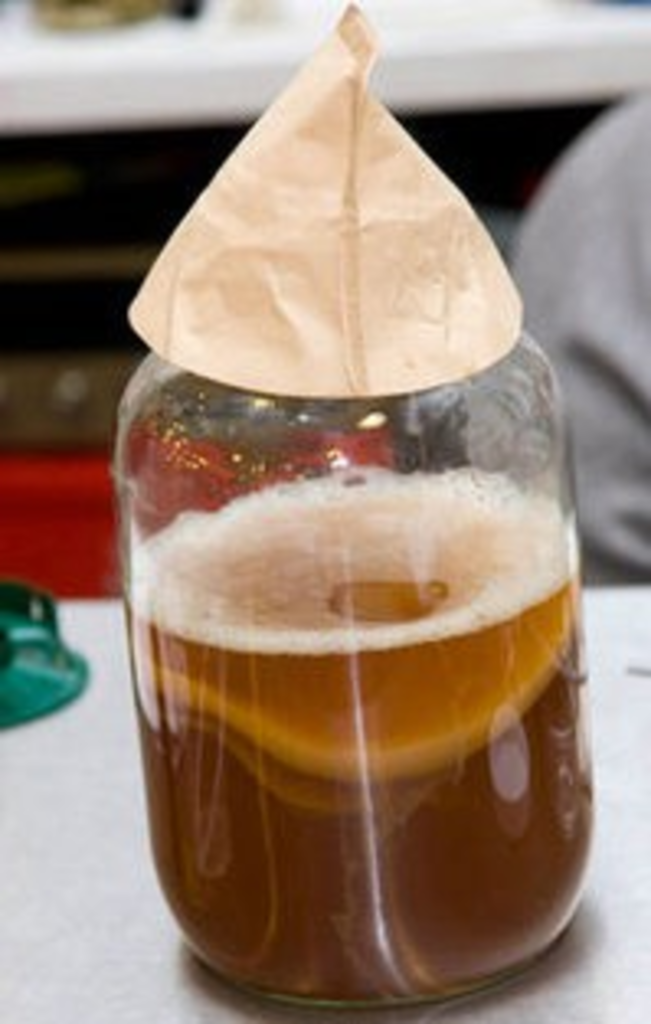 Over the holidays my uncle came to visit from Los Angles. Within a few minutes of arriving, he handed me what at first glance looked to be a Snapple. But it said Synergy on the label, and the liquid inside was gold-colored had a bunch of flecks floating around in it. “This is going to blow your mind,” he said. “It’s called kombucha.”

Having drunk kombucha every day for a week now I can say it hasn’t blown my mind so much as confused it. I can’t decide whether I like it.

Kombucha is essentially a tea with a yeast-like fungus that causes it to ferment. Instead of turning alcoholic, the fermentation releases carbonation and supposedly a lot of vitamins and good bacteria.

I first heard of it a month ago when the LA Times did a story on its popularity among movie stars. My uncle got me thinking about it again. When I went to Whole Foods to find some (it hasn’t made the jump to regular grocery stores yet) I was struck by how much space kombucha has been given. Whole Foods stocks three brands and 25 flavors, including passionberry to guava goddess. Clearly, it thinks this drink is about to take off.

There are a lot of reasons why it could. It’s low in calories (30 per eight ounces), provides energy and has nutritional properties. It’s been described as Starbucks for healthy people. Except for those lingering questions about how healthy

it really is. It contains a lot of bacteria that

are claimed to help everything from digestion to detoxification of the

liver, but none have been proven.

Then there’s the taste.