The great thing about the KJHK Farmer’s Ball, especially for the bands, is that you’ve no idea who’s playing until show time. This ensures that the first band will play to an actual crowd, rather than wading through their set to a group of a few dozen vaguely interested, random early birds. KJHK’s 20th selection of the area’s finest was jam-packed by the time the second act took the stage, and remained that way all night, resulting in a happily sweaty crowd. 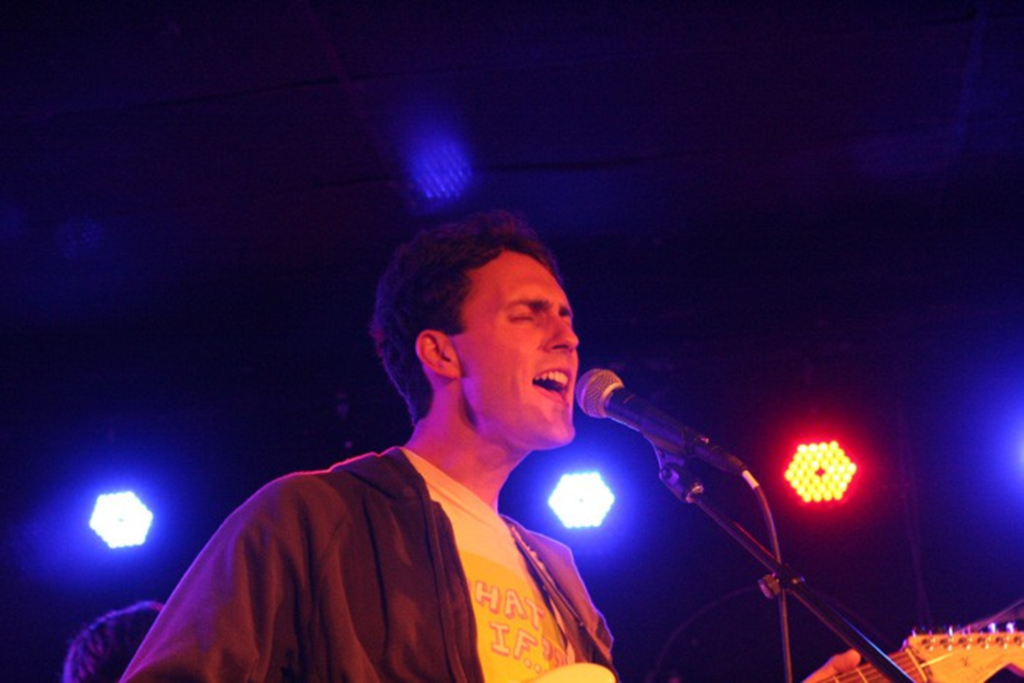 The usual plan for any battle of the bands is to just play your best stuff, but Oils took an interesting tack in terms of their set, using the first 10 minutes to build. Andrew Frederick is an organic kind of performer, and the band he has built is quite adept at starting with drone and constructing melodies and complexities from seemingly nothing. It’s entrancing every time. Your Friend’s Taryn Miller was on auxiliary percussion, which rubbed some folks the wrong way after last week’s semifinals, but the griping seemed to have subsided by Saturday night’s set. 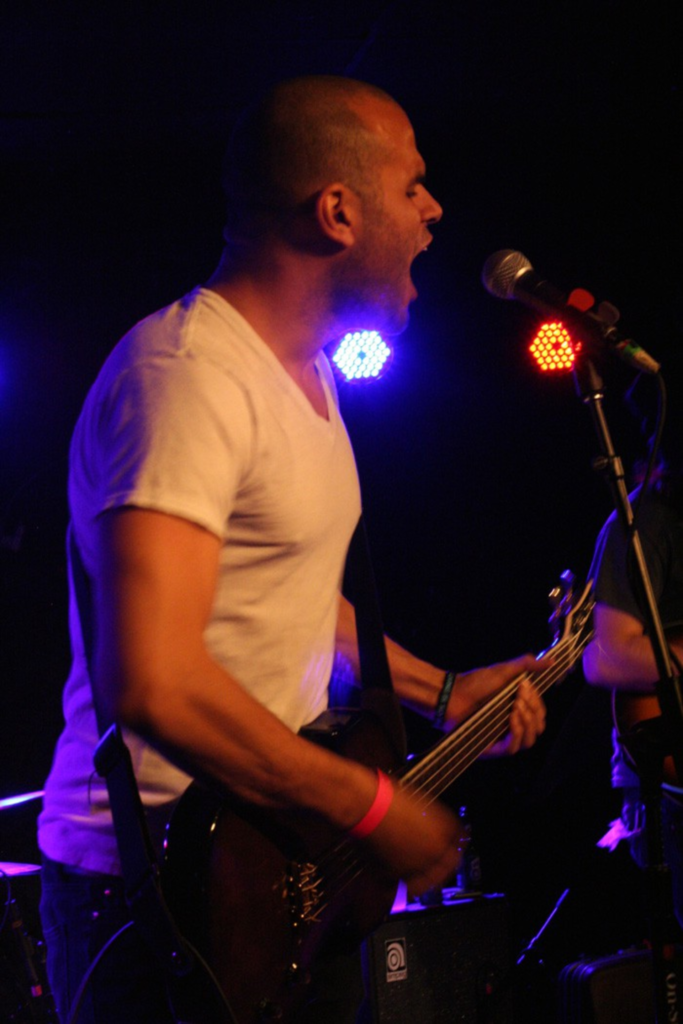 Westerners were described by an associate as “drippy.” Quite accurate, really – this foursome plays a jazzy, jammy rock with the intensity of a hardcore band. It’s impressive, as I’d never heard of them before their name went up for the initial round of voting, and here they were in the finals. They were fairly thrashing onstage their entire set, and it was intense but by no means punishing. Westerners are the sort of act that’s almost impossible to accurately describe, and are really the very definition of “genre hopping.” Everything bounces along, but it still sort of rocks, but the time signatures switch up regularly. You could noodle dance to it or just as easily pump your fist and rock out. 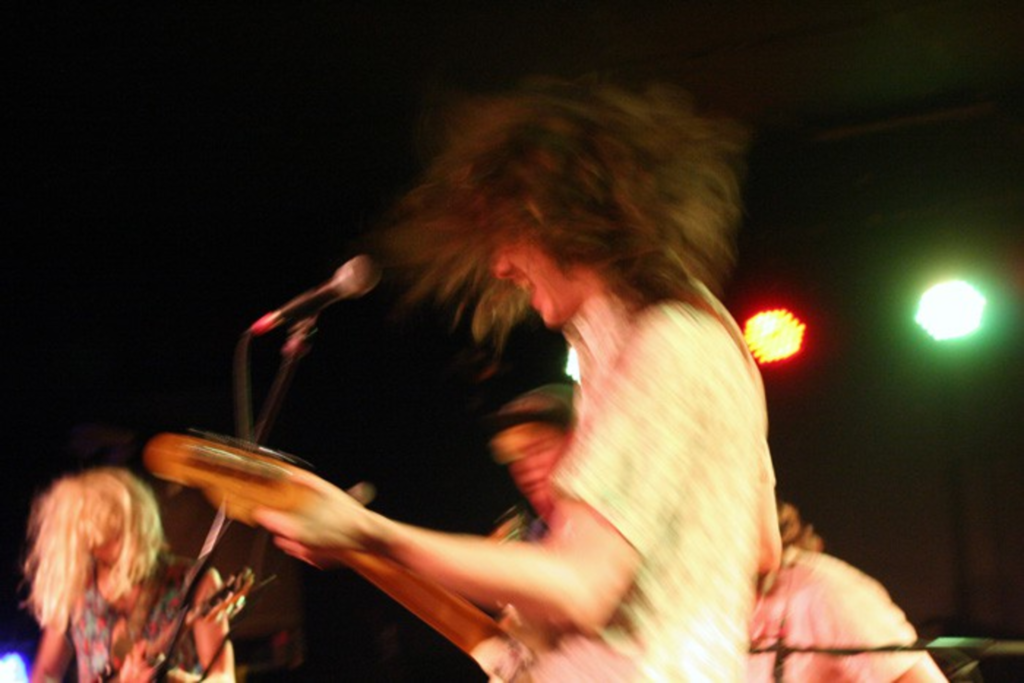 And as far as rocking out goes, Psychic Heat was king. I’ve been hearing them referred to as one of the best live bands in Lawrence for nearly a year now, and after finally seeing them, I can assure you that the hype isn’t unwarranted. They are a tight unit of rock and roll, built for absolute destruction. The band’s music has a groove to it – it grinds like a burlesque show. Psychic Heat can be said to do that most elusive thing: They “swing.” They’re dancing as they play, which gets out into the audience, and it’s just infectious. Even as a supposedly impartial journalistic observer, I found myself wanting to toss my camera aside and rock out in the midst of the crowd. 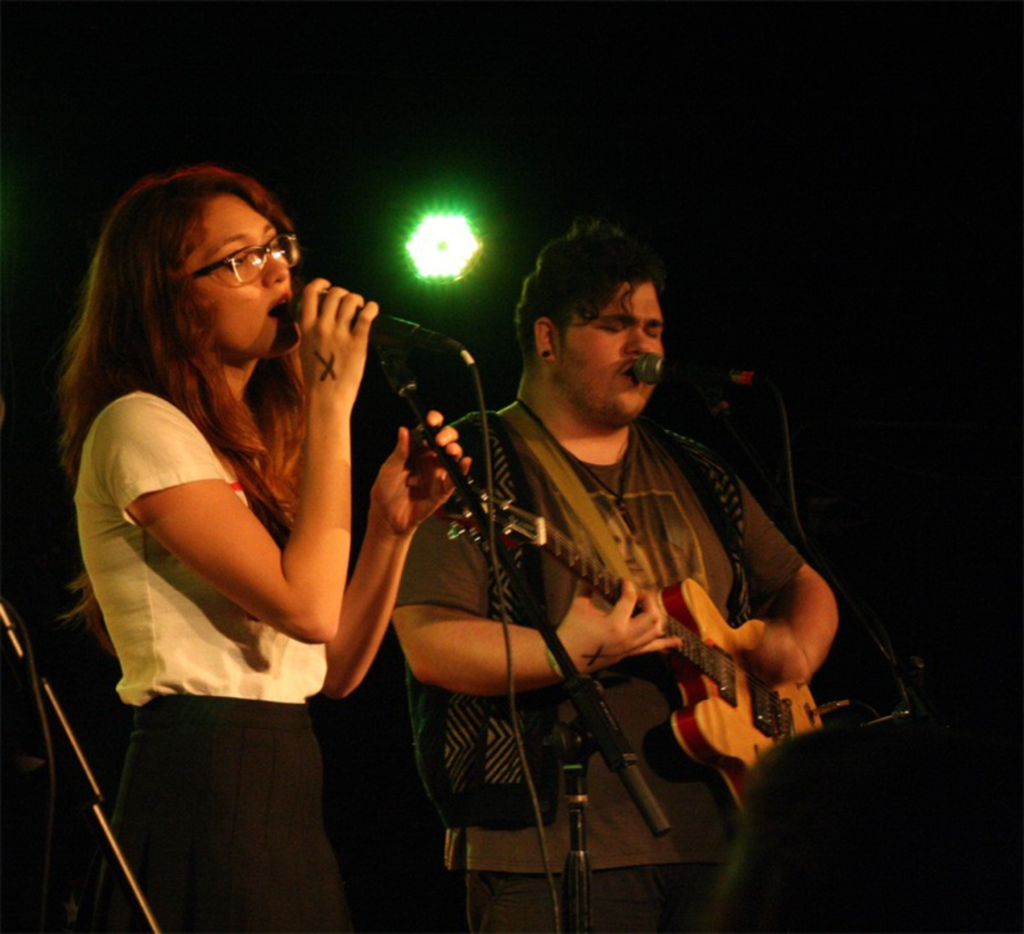 The last group of the competition, Paper Buffalo, has an excellent bit of harmony going on but is just so busy. The band has two drummers, two singers, two guitarists and a saxophonist. I’ve seen various members of this band play music since they were high school freshmen, and it’s an absolute delight to see them pull it together into a unit that seems to work. Paper Buffalo seems to be aiming for Arcade Fire sans pretension, but at times they overreach. The music starts to sound a little claustrophobic, and it’s hard to find the melody under everyone playing and singing at once. When the group clicks, it’s a rapturous experience, but half the time, they just seem to be searching for cohesion.

After Paper Buffalo’s set, the frantic half-hour of voting took place, as scores of people crowded KJHK’s booth in the back corner of the Bottleneck. After a short time to count votes, the winners were announced: Psychic Heat was awarded first place ($2,000 prize) and Oils second place ($1,000).