Kiss delivers the spectacle (and the songs) in Independence

Kiss opened with “Detroit Rock City” on Wednesday night, and as Paul Stanley sang “I feel so good, I’m so alive,” he flexed his right bicep. Stanley had surgery to reattach the bicep tendon before the current Freedom to Rock tour began; the scar was visible on the video boards. It will take more than a sports injury to defeat me, the raised fist seemed to say.

Stanley is one of rock’s great troupers. He was born with an ear deformity that affects his hearing. Surgeons have replaced his hips and mended his rotator cuffs. His voice is not the powerful instrument it once was. And, of course, he’s had to put up with Gene Simmons’ bullshit all these years. This spring, when Simmons called Prince’s death “pathetic,” Stanley posted a message on Twitter saying that he was embarrassed by his bandmate’s cold remarks.

Stanley and Simmons have lived with their differences for more than 40 years. Is there another act with the endurance to have performed at Municipal Auditorium, Memorial Hall, Kemper Arena, Sprint Center and what used to be known as the Independence Events Center, which was mostly full on Wednesday? Surely not one that also totters on platform boots. 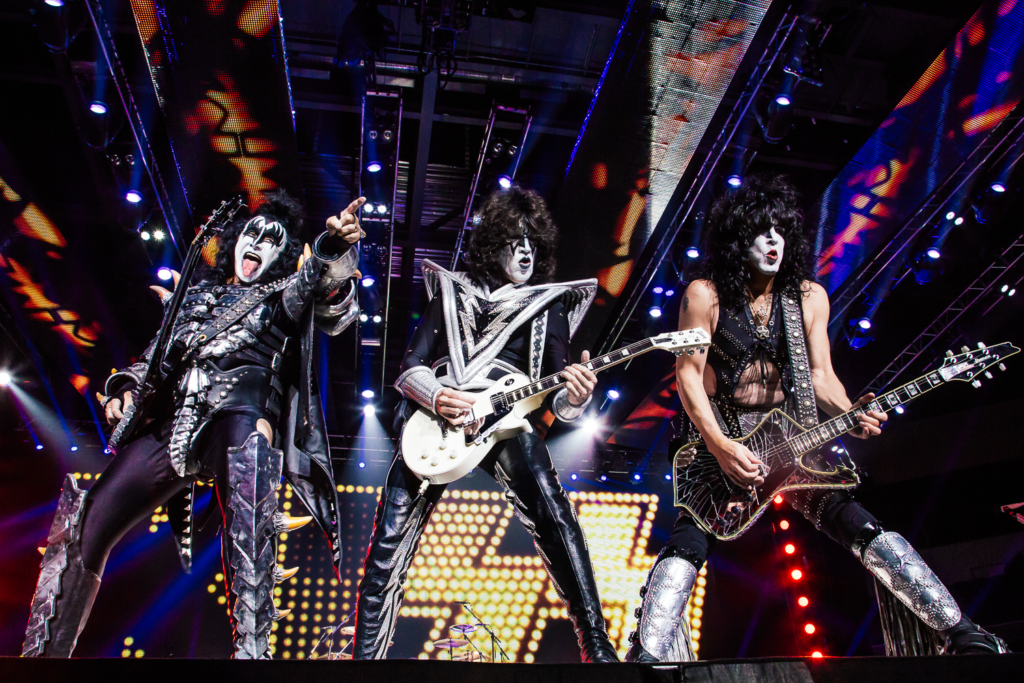 When the curtain dropped, the band members appeared on two scissor lifts — one for the guys with guitars, the other for Eric Singer and his drum kit — that folded into the floor in time for Stanley to reach a microphone for the first verse of “Detroit Rock City.” For the next hour and 40 minutes, fans absorbed the deafening spectacle — lasers, pyro, fog, fake blood drooled onto a chrome breast plate — Kiss has delivered since returning to the makeup and costumery in 1996.

Hardcore fans enjoyed the first half of the show, which featured deep cuts like “Creatures of the Night” and “Flaming Youth.” A harness hoisted Simmons to a perch high above the stage for the requisite bellowing of “God of Thunder.” Later, in the fire-breathing portion of the show, he missed the target as he discarded the torch, sending a roadie scurrying into the pit between the stage and front row. (The fire was quickly extinguished.)

Before the concert staple “Love Gun,” a zip line carried Stanley to a small, circular stage that stood above the crowd near the soundboard. Flying Gene and Trapeze Paul are regular features of a Kiss show. But the intimacy of the arena (it’s about half the Sprint Center’s size) lent warmth to Stanley’s performance on the slowly spinning, auxiliary stage. Even with some softening in his midsection — Kiss fans may be more familiar with Stanley’s naval than their significant other’s — he is still a star. 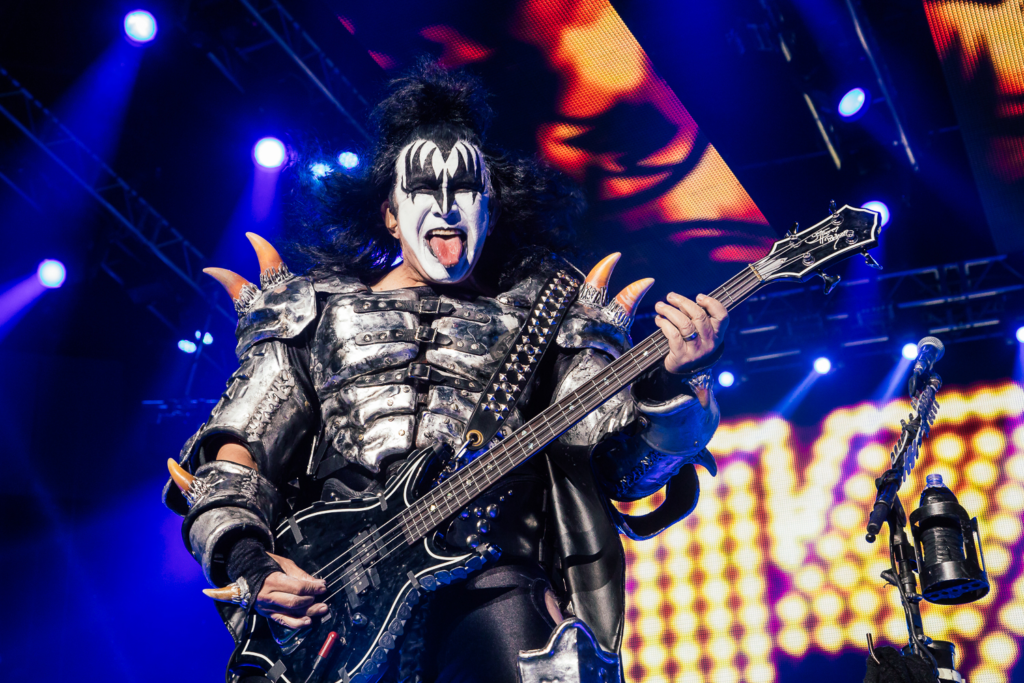 Kiss is celebrating military personnel on this tour. During the encore, Stanley presented a novelty check made out to Hiring Our Heroes, a foundation that connects employers with veterans and their spouses. Rachel Caylor, an Iraq war veteran from Leavenworth selected as the band’s “roadie for a day,” accepted the check. Stanley then asked the crowd to recite the Pledge of Allegiance as an American Legion color guard stood at attention.

The show of patriotism continued with an instrumental rendition of “The Star-Spangled Banner.” Then it was time for “Rock and Roll All Nite” and the confetti cannons and for Stanley to smash a stunt guitar. “See you soon!” he yelled, lifting his arms. He’s 64 years old and appeared to lose steam at a few points in the show. But who’s to say he won’t be back with a newly healed incision or two? 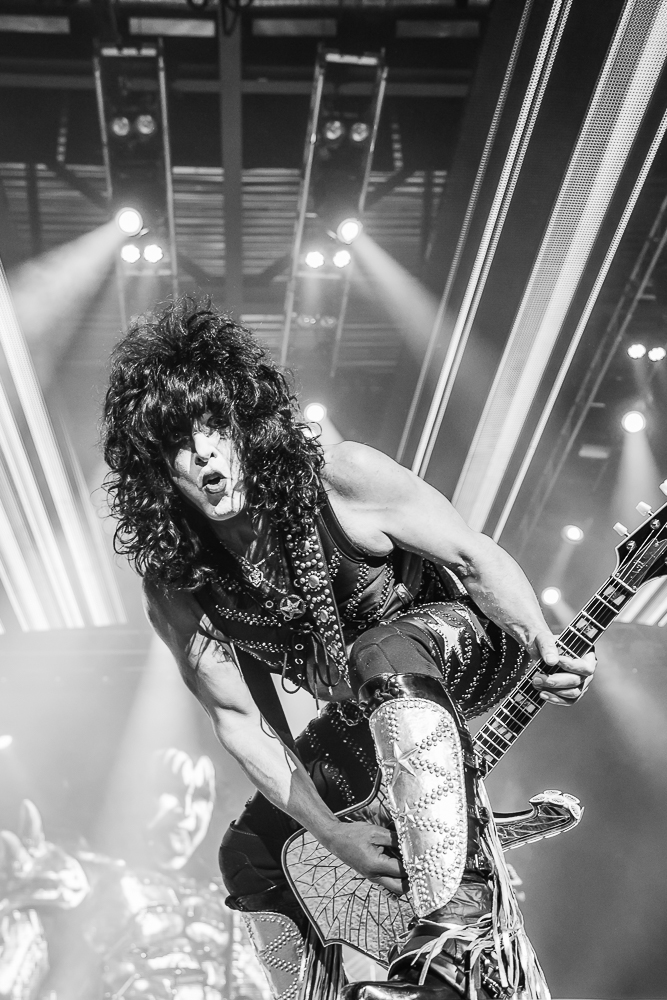 The night began with a 40-minute set by Caleb Johnson and his five-piece band (including backup singer). A recent American Idol winner, Johnson looks like a Van Zant and sounds like Chris Cornell if Cornell had grown up in North Carolina. The crowd appreciated the effort.