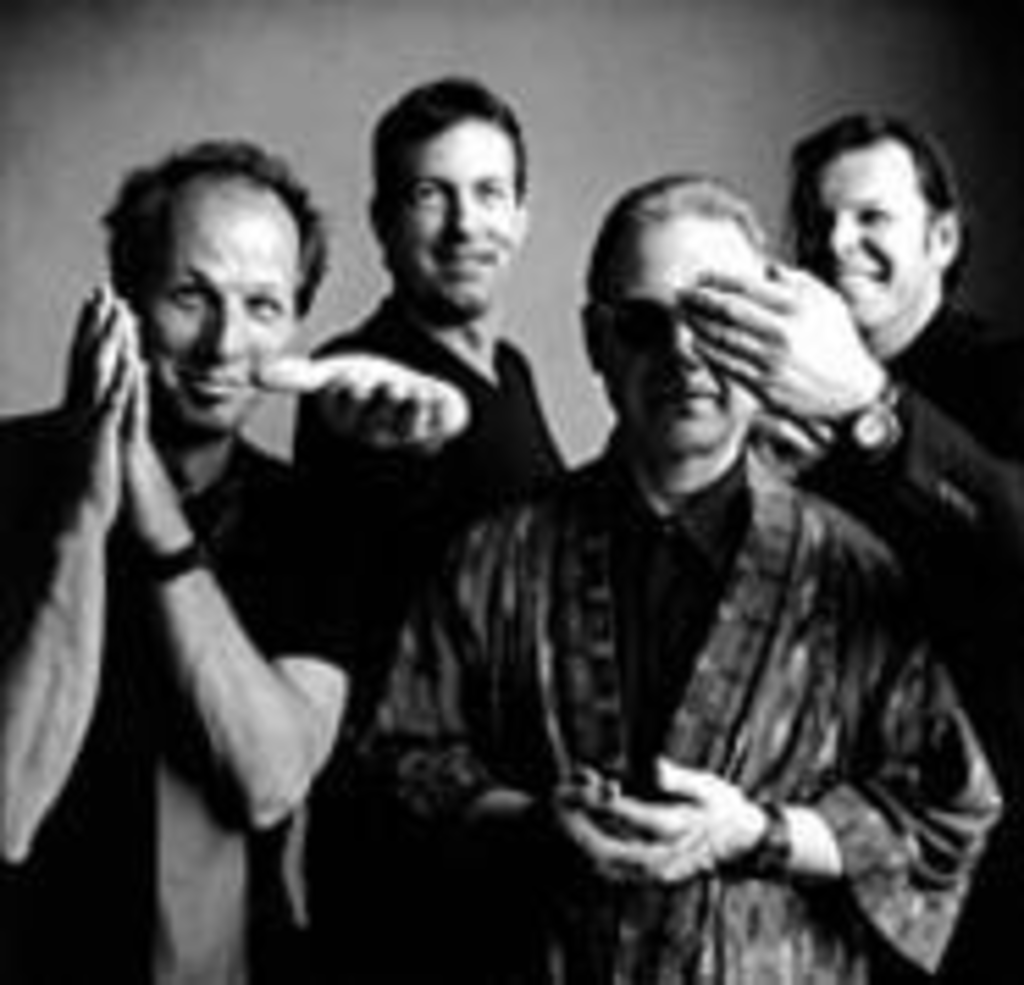 Though they’re given to showy signs of support — letter-writing campaigns to music magazines begging for cover stories and countless request calls to radio stations — Tool fans don’t seem willing to give their idol the benefit of the doubt when it comes to selecting an opening act.

An eclectic list of groups, all of them handpicked by the headliner, has found its songs obscured by a crowd whose boos and calls for “Tooool” blend into an all-encompassing oooos-fest. And though King Crimson, with more than three decades of high-caliber music-making to its credit, has little to prove, its members admit to being a little skeptical about how Tool’s followers would receive a brainy bunch once given to ruminations on Poseidon and yellow jesters.

“We were all holding our breaths,” guitarist/bassist Trey Gunn says. “The guys in Tool totally love us, but that doesn’t mean anybody else would. But the first show [at Red Rocks in Colorado, a gig that a fair number of Kansas Citians ventured to observe] went over well, and it turned out to be the perfect rock show with both of us together. We fine-tune the audience’s ears to listen, then turn it over to Tool, and they knock everybody on their butts.”

The chemistry between the deans of the school of art-rock and metal’s most intelligent students proved far more stable than might have been predicted based on the bands’ recordings. That’s largely because King Crimson has been road-testing aggressive unreleased material.

“The reason we play live is to play new songs,” Gunn says. “We don’t like to record material until it’s been played live, because you learn about the songs in that setting. When the audience hears it, you change arrangements; you change tempos.”

Likewise, when fans hear these tunes, they’re likely to change their perception of King Crimson. While the group has been weighing in on the heavier end of the scale since 1996, with last year’s The ConstruKction of Light delivering its most robust riffs to date, its latest tunes pummel listeners with lead-plated rhythms and crackling distortion.

“We can do the lighter stuff, too,” Gunn says. “The great thing about King Crimson is that we can move from moody pieces to extremely heavy sounds in the drop of a hat.”

Still, even the milder selections from its recent setlists are a far cry from the group’s early classics, such as 1969’s In the Court of the Crimson King, which surrounds the rocker “21st-Century Schizoid Man” with baroque orchestrated numbers, feathery flute-speckled minstrel folk and incomprehensible instrumental squiggles. But guitarist Robert Fripp provides the last remaining link to the mythology-obsessed early incarnation of the band, and the group’s concerts don’t address any songs that predate 1974’s brawny Red. Gunn, who with drummer Pat Mastelotto joined the group in 1994, didn’t really discover King Crimson until 1981’s Discipline, its first album with current singer Adrian Belew at the helm.

“There were a few progressive bands that I was aware of: Genesis; Emerson, Lake and Palmer; and Yes,” Gunn says. “But I was mostly into hard rock and straightforward rock.” Even now, Gunn doesn’t spend much time listening to Crimson’s supposed peers. “As a style, ‘progressive rock’ doesn’t mean anything to me,” he says. “As for the idea that musicians are evolving their vocabulary and language, I’m all for it.”

King Crimson has evolved, though its constantly changing roster makes it difficult to chart the process on an album-to-album basis. Some of the band’s fans continue to debate the merits of various records and configurations, with many favoring King Crimson’s early recordings. (It takes four King Crimson fans to change a light bulb, according to a joke posted on one of the group’s unofficial Web sites — one to install the new one and three to wax poetic about how great the old one was. And people thought prog rockers were a humorless lot.) But the ones who have stuck with the group throughout its permutations and sonic switch-ups embrace King Crimson as a concept rather than a tangible entity with a signature sound. To these enthusiasts, King Crimson means exploring adventurous musical terrain, whether with unorthodox time signatures, unusual instruments (Gunn currently plays the Warr guitar, a ten-string touch guitar that offers the range of a piano), patience-trying virtual-standstill solos or avalanching crescendos. The result often approaches musical pointillism — intricately arranged dots of sound that ultimately constitute majestic compositions.

“The language is more sophisticated,” Gunn says, comparing King Crimson’s work with the output of a traditional rock ensemble. “There’s different shades, different chords, different rhythms and a broader emotional spectrum, which allows us to connect with the audience in infinitely different ways.”

Though his tone lacks any trace of self-righteous bombast, Gunn doesn’t suffer from a self-confidence deficit. Of King Crimson’s live show, he promises “you’ll be blown away.” Of his diary entries, which he posts on www.treygunn.com, he opines “without puffing myself up, I know they’re very good.” Perhaps that’s why Web surfers took at face value his October 18 posting, which coopted the official message being beamed into Afghanistan by the Air Force’s flying radio station and turned it into a call for novice musicians to surrender their instruments. (Air Force: “Attention, Taliban. Our forces are armed with state-of-the-art military equipment.” Gunn: “Attention, wankers. Our band has far more ballsier amps than you do.”)

For the record, Gunn says the common misinterpretation of this message — that he feels music should be left to technically proficient professionals such as the Crimson players — is “about the opposite of my opinion as you get.” After all, everybody has to start somewhere. Gunn played classical piano at age seven, eventually moving on to the guitar, bass and keyboards. In 1992, he teamed with Fripp and keyboardist/vocalist David Sylvian for an overseas tour and a live album. He also heads the Trey Gunn Band, which released its latest live disc on November 20 and which starts its own headlining tour in January, tentatively including a jaunt to Japan.

After that, King Crimson plans to hook up with Tool again in March, with additional onstage collaborations between the bands (last time out, Fripp occasionally joined Tool guitarist Adam Jones for a minimalistic duet) in the works. “[Tool singer] Maynard James Keenan would be singing with us,” Gunn says. “That’s the great thing about music: mixing all the energy up.”

And this time, King Crimson, which already has won the trust of Tool’s frightful faithful, won’t have to worry about making a positive first impression. Then again, recognition might be an issue — there’s always the chance that King Crimson 2002 might be a dramatically different beast.