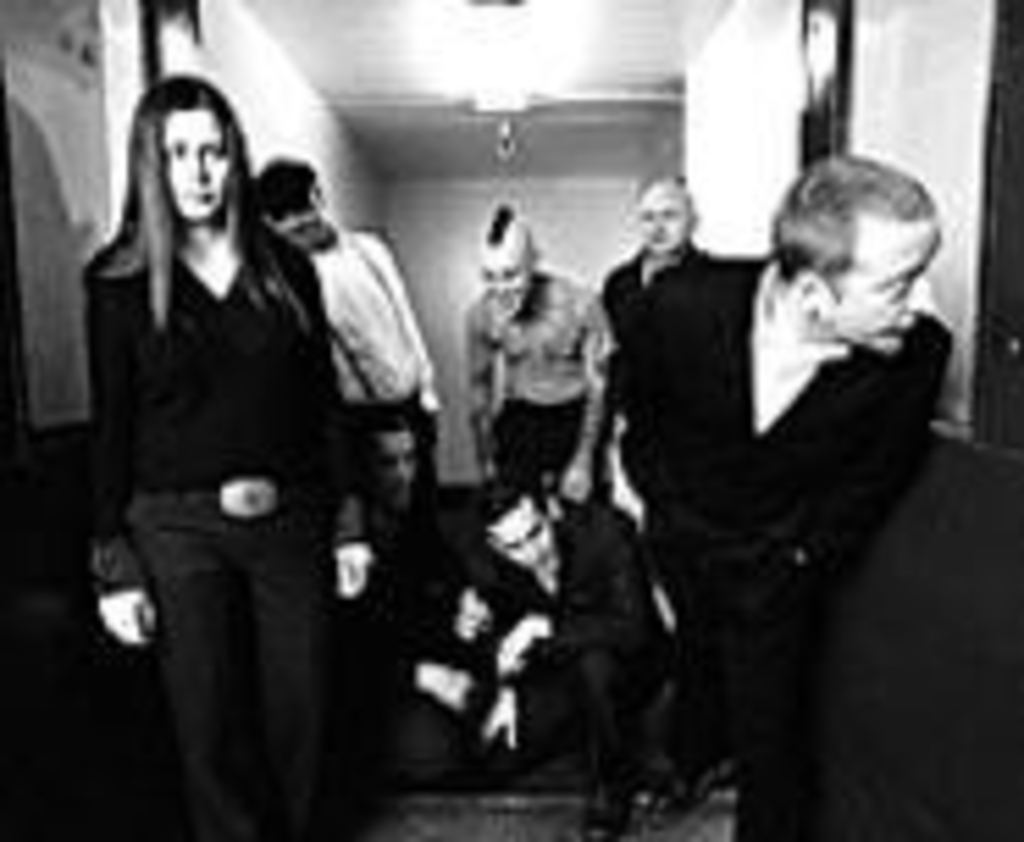 It’s entirely too easy to consider Flogging Molly nothing more than the modern equivalent of pint-hoisting Irish pub bands. Just listen to the high-kicking jigs, boisterous punk and Guinness-soaked folk songs on last year’s Within a Mile of Home. Just taste the Emerald Isle flavor inherent in the album’s liberal use of traditionally Irish instruments — tin whistle, fiddle, bodhran. In fact, when one considers that the group’s 2002 disc was called Drunken Lullabies and vocalist Dave King grew up in Dublin, Flogging Molly seems like the Pogues, version 2.0. That makes it the ideal band to comment on the hedonistic antics centered on St. Patrick’s Day.

What’s the best Flogging Molly song to drink to and why?

“Probably ‘The Worst Day Since Yesterday.'”

“Because it is going to be the worst day since yesterday, when you drink as much as I do.”

How much is a usual night for you?

“Oh, I don’t think you’d want people reading that. Nah, no, I’m not drinking tonight. Not after last night. [Laughs] So there’s your answer.”

What’s your best cure for a hangover?

“Probably the hair of the dig that bit ya.”

Drink of choice for that?

Of course, it’s a little heavy …

“Ahhh, I don’t find it heavy actually. I find it very comforting [laughs].”

What’s the best drink to ensure a hangover?

“That’s what I had last night.”

The wine hangover’s the worst, too.

“I’m known as Red Wine Dave as well when I drink it. I take on a whole new perspective of life.”

What do you discover?

“I discover lying on couches and falling asleep. With my glasses thrown away or something.”

What is the most memorable St. Patrick’s Day that you’ve ever had?

“Well, it certainly wasn’t in Ireland. Because St. Patrick’s Day, when I was a kid in Ireland, was miserable — you had to go to Mass. It wasn’t fun at all. Actually, I didn’t start having fun on St. Patrick’s Day since I’ve come to America. One year we did three shows in one day. Like morning, afternoon and then night.”

Why do you suppose St. Paddy’s is such a big deal in America?

“I think in America, you need an excuse to drink. In Ireland, you don’t. In Ireland, if you want to have a drink, you have a drink. You’re not too concerned about who drinks much. Over in America, sometimes I find we like to point fingers a bit at people. St. Patrick’s Day, that’s the one day of the year when people have nobody pointing fingers at them.”