Ki Yoon Ko and Hendrik Kerstens know how to get ahead at Byron C. Cohen: a gimmick 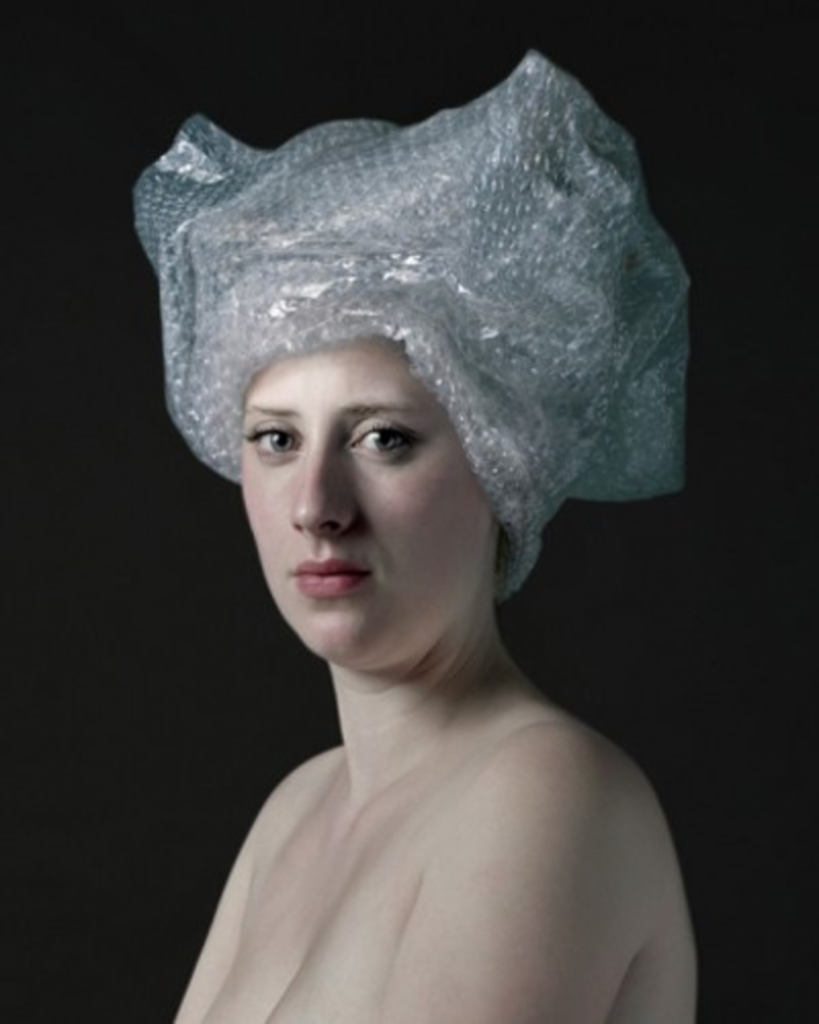 A gallery owes its personality to the preoccupations of its owners and its artists. At Byron C. Cohen, the story on the walls is technique — the more spectacular and labor-intensive, the better. When I view exhibitions there, I sometimes expect to learn that an artist dips his brush in poison, paints while blindfolded or holds broken glass in her other hand while she works. The works now at Cohen maintain the focus on technical back story but fail to offer much in the way of narrative.

South Korean-born, Germany-based artist Ki Yoon Ko dampens graphite powder, then stands in front of a large canvas and builds up an image one flick of his fingers at a time. He takes as long as two months to complete a portrait.

In the large-scale portraits at the gallery (some as big as 67 inches by 54 inches), Ko examines facial expressions. In “Musing,” the model sticks out her tongue and looks into the distance as if contemplating a decision. In “Suzi Series,” she bites her fingers, squints her eyes and looks askance. In “Drama,” she burbles her lips and stares straight out at the viewer. But despite the facial animation, the works are a bit inert. Ko’s arduous technique brings individual detail to the expressions, yet the images feel generic and cartoonlike. The paintings’ duotone look (he paints the canvas one color before applying the powder) and uniformity of surface deflect interest instead of holding it. The works are pleasing — nearly perfect-looking — but the stories they tell are short.

Dutch artist Hendrik Kerstens‘ gimmick is not his photographic technique but rather the variety of headgear — like toilet paper — with which he outfits his model, who happens to be his daughter. I can’t speak for Kerstens’ daughter, but if my father had wanted to wrap my teenage head in toilet paper or bubble wrap or a trash bag, have me take off my clothes and then photograph me, he might not have gotten very far. Kerstens comments on this in his artist’s statement: “Some people have wondered whether it is right to make your child the subject of work like this. Some of the pictures contain some nudity. It is a responsibility we take very seriously. We have to live with Paula, and we have to face the consequences that these pictures will be around in 50 years, when she is older.”

That’s not much of an affirmation. I can think of only one artist who has successfully negotiated this sticky terrain: Sally Mann. Her documentarylike photographs of her children in various states of nudity, over the course of many years, produced a poetic and poignant biography of childhood. Kerstens’ images are neither poetic nor poignant.

Clearly borrowing from 17th-century Dutch painter Jan Vermeer (think “Girl With a Pearl Earring”), Kerstens trades on his heritage. The girl is beautifully lighted against a black backdrop. In all but one of the photographs, she’s either nude or photographed to appear nude. In the image in which she’s clothed, she wears a lampshade on her head. The girl is pretty, but the photos offer nothing more than that and Kerstens’ heavy-handed Vermeer references. There’s no story about her as an individual, as his child, as a Dutch person or as a young woman. She is merely an inanimate prop, upon which her father places objects. Like toilet paper.