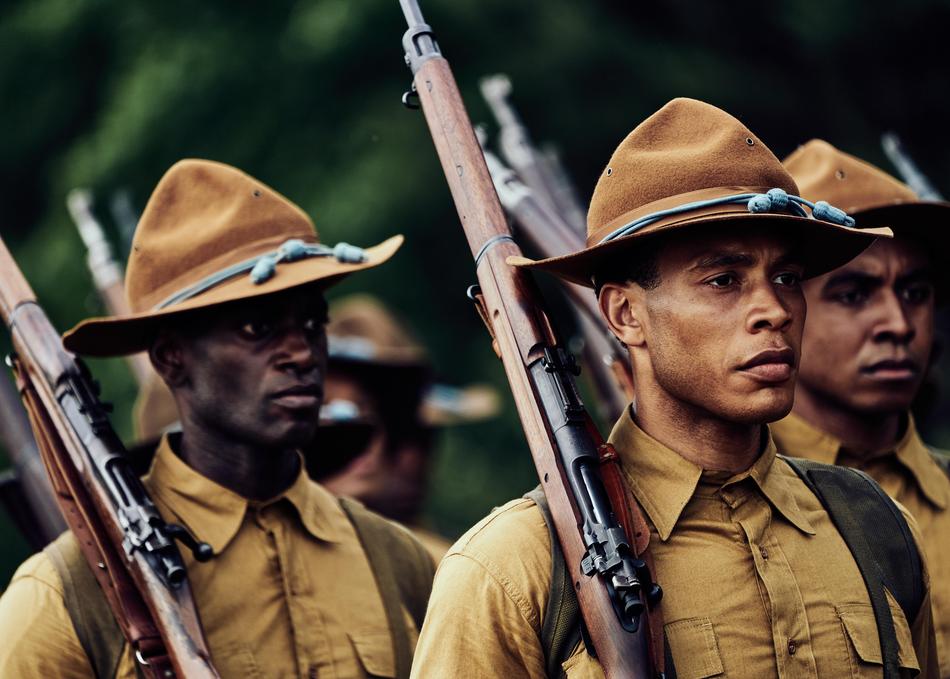 Kevin Willmott’s latest film, The 24th, currently showing at the Screenland Armour theater, and available to view on demand online, tells a true story that’s difficult to know how to reckon with. Written with star Trai Byers, Willmott’s movie tells the story of the all-Black 24th U.S. Infantry and the Houston riot of 1917. It’s a film that stirs up conflicting internal emotions and digs up important questions about the way we view historical and current reactions to systemic oppression.

During World War I, the 24th was sent to oversee the building of Camp Logan, a Houston-based army training camp, hoping to eventually be sent to join the fight in France. After a series of racist encounters and incidents of abuse at the hands of the white construction crew, townspeople, and local law enforcement, simmering tensions boiled over between the soldiers and the white community of Houston. The result was a mutiny by the infantrymen and a riot that lasted two hours and claimed the lives of nine civilians, four policemen, and two soldiers. The eventual court-martial was the largest murder trial in history, sentencing 19 men to execution, and 41 to life sentences.

At the center of the story is Byers’ William Boston, an enlightened infantryman (he was educated at the Sorbonne), tapped by his white commanding officer (Thomas Haden Church) as someone with leadership potential. Determined to be seen as an upstanding man who commands respect for his community, Boston is challenged by Walker (Mo McRae), a fellow infantryman with a criminal past and a chip on his shoulder. He also clashes with Sergeant Hayes (Mykelti Williamson), who thinks Boston’s patriotic optimism can’t possibly be for real.

These conflicts are nothing, however, to the inner struggle Boston faces after he and his friends Big Joe (Bashir Salahuddin) and Franklin (Tosin Morohunfola) are appointed to head up the infantry’s military police unit. Acting as a kind of buffer and communication point between the 24th and Houston law enforcement, Boston witnesses infuriating mistreatment of his brothers in arms and Houston’s Black citizenry by the Good Ol’ Boy chief of police and his men. As Boston’s diplomatic approach fails with men who have no interest in keeping the peace, he and his fellow soldiers feel driven toward violent retribution.

The 24th boasts perhaps the biggest names and production values of Willmott’s directing career to date. It’s exciting to see a talented local director—and Oscar winner, no less—getting to work with performers like Church, Byers, Williamson, and Aja Naomi King, all of whom put in excellent work here. Short Term 12 and Just Mercy cinematographer Brett Pawlak also brings a nice vintage eye to the proceedings, washing everything in a golden brown patina that brings to mind thoughts of legacy and an idealized vision of the past, brought into direct conflict with the complicated truth of that past. 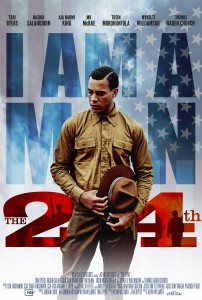 Elements of The 24th also recall Nate Parker’s controversial 2016 film The Birth of a Nation, about the Nat Turner slave rebellion. In this case, however, Willmott and Byers aren’t interested in valorizing a violent uprising, but rather want us to consider the cause of that anger–and how similar some of those causes are to racial relations right now. Williamson’s Sgt. Hayes speaks to the film’s thesis when he tells his men at the start of the riot, “Nobody innocent here. Not them, not us. Nobody.” Push anyone hard enough, Willmott seems to be saying, and even the most high-minded person can reach a point where violence feels like the only way they’ll be heard.

The story of The 24th, and the troubling legacy of what happened to the characters involved, makes it difficult to know how to feel about the film. We sympathize with its Black protagonists but should be rightly disturbed by their actions, as well as the ultimate aftermath. Willmott and Byers don’t excuse that behavior either but address the riot as a historical cautionary tale, as well as a call to engage more complexly with historical and current instances of riots and racial violence. Martin Luther King Jr. famously said that “a riot is the language of the unheard,” and those words echo through The 24th from its opening shot to its final fade-out.