Kevin Willmott’s moment has arrived, thanks to Da 5 Bloods and BlacKkKlansman 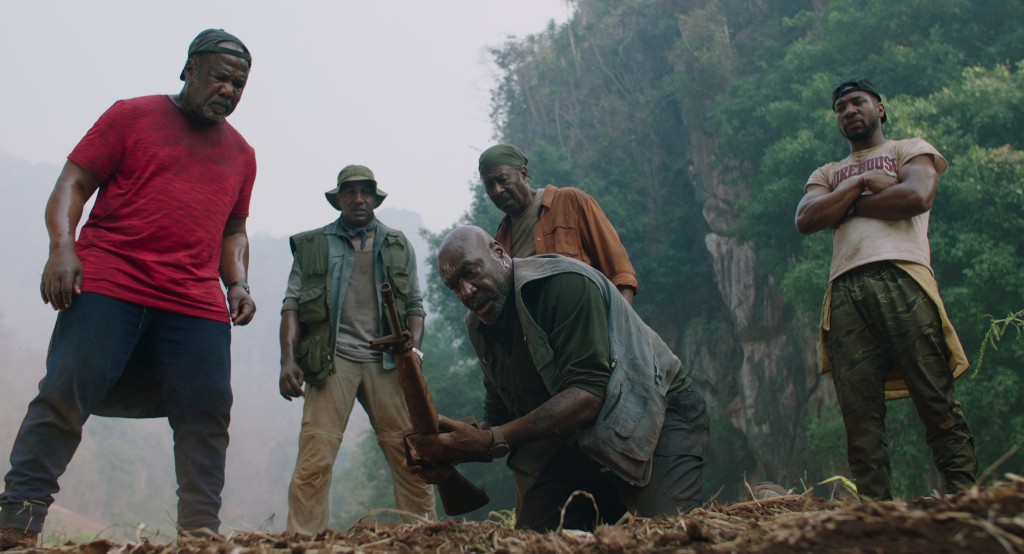 The last several years have been pretty exciting for Kevin Willmott. The Lawrence-based filmmaker and KU film professor won an Oscar in 2019 for his work co-writing Spike Lee’s BlacKkKlansman. Willmott and Lee’s latest collaboration, Da 5 Bloods, is streaming now on Netflix. Willmott has a film of his own, The 24th, about the Houston riot of 1917, that’s currently seeking distribution. As if all that wasn’t enough, it was recently announced that he’ll be writing the script for a forthcoming biopic about tennis star and activist Arthur Ashe.

I talked with Willmott about his working relationship with Lee and his forthcoming projects, as well as his breakout film, 2004’s C.S.A.: The Confederate States of America, which Lee produced, and how that film’s ideas about America’s uninformed relationship to the past speak to our current moment.

You’ve collaborated with Spike Lee on three films now. I know the first, Chi-Raq, was based on your own material, and BlacKkKlansman and Da 5 Bloods were rewrites of existing scripts, but I’m curious to know, whether it’s original ideas or adapting something, what does the process of sharing ideas look like between you?

Typically Spike will call me about a project, and we’ll look at the script and decide if we feel like we can turn it into a Spike Lee Joint, in that sense. If we feel like we can, we develop a pitch, and we’ll go in and pitch to the producers. If that moves forward, he’ll fly me out to his studio in Brooklyn, and we’ll go through the original script and mark what we like, and what we might want to change. As we go through that, we’ll develop ideas for our take on the material. We go through the whole script like that. Then, usually, I’ll go back to Lawrence, and I’ll write up a first draft and send it to Spike, and we’ll send drafts back and forth to each other like that.

How do you take a piece of writing, like Da 5 Bloods, that already has established characters and arcs, and re-work it so that it fits the story you want to tell?

It’s gonna be several different things. Obviously, we kind of look at making Black stories. With BlacKkKlansman, it was already a Black story, but then the question became, what’s the best way of telling this story? With Da 5 Bloods, there was originally only one Black character in it, so it was about getting it to a Black-central story. We saw it as a way to tell the Vietnam story from the Black point of view.

We’re always looking for links that are already there, and building upon those links, things that reveal something more about the Black experience. Quite often, those links will involve me going to research things, like Hanoi Hannah and the fact that a big part of the Vietcong’s propaganda focus was Black soldiers. It’s those things that we locate and then expand upon. I joked with Danny Bilson, one of the original writers, that we just Blackified it.

But, it means a lot of different things when you approach a movie from the Black experience. Like, with a subject as broad as Vietnam, there are so many parts of the Black experience there that have never really been explored. Then, of course, we put it through the perspective of these four veterans and Paul’s son, David, and that gives it a unique point of view. 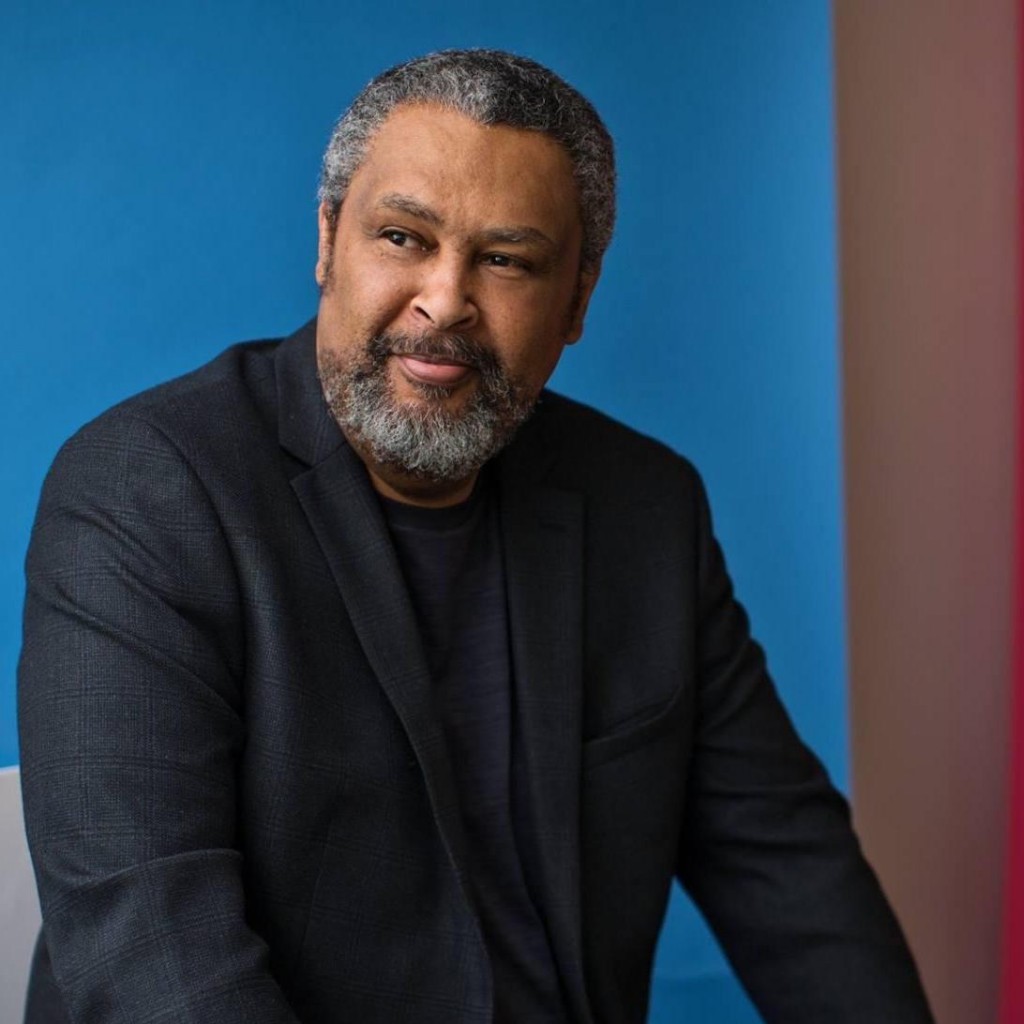 I know one of the elements that you and Spike Lee added to the script were the flashback sequences. What led to the development of those?

In the original script, the characters talked about Norman (Chadwick Boseman’s character), but there were no flashbacks. Because Black squad leaders were kinda rare, and because the concept of bloods in Vietnam is such a profound bond of love and brotherhood amongst these men, it almost demanded that we do flashbacks.

Norman wasn’t just their friend, he was their teacher, and their philosopher. And that all comes out of the Black experience in Vietnam. The “Black is beautiful” movement was happening, the civil rights movement was happening, everyone was kind of first learning about their culture and their history, and guys like Stormin’ Norman were the kind of guys who knew that stuff, and talked about it, and influenced others with it. The reality of guys like him demanded that we give him a bigger role in the film.

How do you think working with Spike has impacted your own independent work?

I think that both of us being filmmakers when I’m working for Spike, it’s great because Spike knows what he wants. Knowing what you want in film is kind of a huge thing. There’s not a lot of speculating on things when I work with him. That first meeting we have where we figure things out, we think a lot alike, so I think he kind of trusts me to go in a certain direction, and he takes that and builds upon it. In that sense, it’s really great because oftentimes when you’re working for other people, you don’t get that kind of clear direction and focus.

Working with Spike has reinforced my own process. It let me know that the things I had been doing weren’t bad, and that Spike works that way, too. I think when you’re going to write and then direct a project, it makes a big difference. You’re making choices for yourself. When I’m writing for Spike, I’m making choices for him, and the fact that I think most of those choices I would make as well helps a great deal.

Speaking of working for other people, it was just announced that you’ll be writing the script for a biopic of Arthur Ashe. As you get ready to start that project, what parts of his story are you particularly looking forward to exploring?

I think he’s a unique figure, in the sense that there’s a lot being talked about in terms of athletes and activism. Arthur Ashe landed on the scene at the time when that became a thing. Muhammad Ali had refused to go to Vietnam, and Tommie Smith and John Carlos raised their fists at the Olympics. That same year, Arthur Ashe won the U.S. Open.

He really felt like he had to step out and become part of that, but his situation was totally different than almost any other athlete. He was a lieutenant in the army at the time, and he came from a more conservative background. He didn’t have the same freedom of expression like other athletes at the time did. He was kind of soft-spoken, more intellectual and reserved. That whole combination makes him really interesting. He struggled to find his voice in it all, and that’s a challenge I’m looking forward to exploring.

It sounds like, between this project, Da 5 Bloods and The 24th, your new film that’s currently seeking distribution, there’s a kind of through-line involving the Black military experience. Is that something you’ve always been interested in?

History’s my thing, and so often with history, the military plays a major role. Of course, growing up in Junction City, and being adjacent to Fort Riley, the Buffalo Soldiers were in my neighborhood, and that was a clear, huge influence on me. So, yeah, I think that it’s not so much just the military part of who they are or what they did, but the fact that there’s a struggle that goes along with that, the struggle for rights and equality, and how Black soldiers, to this day, are still fighting for justice, in a sense. That makes it an interesting area to explore dramatically.

I think my earliest awareness of your connection with Spike was when he produced your film C.S.A.: The Confederate States of America. It’s been 16 years since that film came out, but it feels like your points about contemporary America’s relationship to the Civil War and slavery are only just now becoming part of the public discourse. How has it felt to see the conversation finally start to come around?

The last line of C.S.A. addresses Uncle Ben and Aunt Jemima. It’s great to finally see those products looked at as the stereotypes that they are. But typically one of the things that should be mentioned, that isn’t mentioned, is that “aunt” and “uncle” are slavery terms. Aunts and uncles were house slaves, and they were given those terms so that the people who owned them could think of them as members of the family. Of course, they were owned, and if they got out of line, those slaves were sent downriver. They were thought of like trusted slaves, like trustees at a prison.

Beyond the visual stereotype of it all, it’s like having products from Auschwitz. It’s like you’ve got this pancake syrup named after the lady who served the Commandant at Auschwitz, and they kind of liked her, so they called her “aunt.” That’s a thing that Americans have a hard time getting their heads around. I saw someone post something on social media that said “If syrup makes you offended, I pity you.” Like, if the name of a syrup offends you, you’ve got a real problem. Totally divorced from the whole history of what it is.

One of the biggest problems is that Americans are pretty ignorant. Americans aren’t very smart. They just aren’t. We don’t teach things in American life that could make this society better. All the important things we should know about each other, we don’t know, and that’s a real flaw within American society. So, it’s great that we’re purging the statues, and I think it’s going to be an ongoing fight. But the people who want to preserve the heritage of all that, they know nothing about what created it. That’s why we have the whole struggle today.