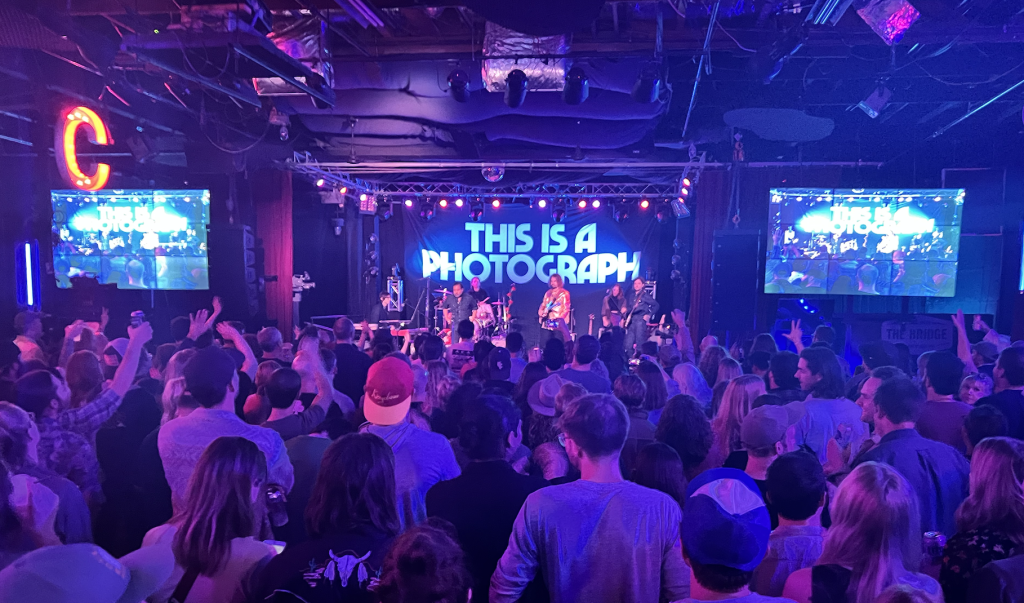 Last night, Kevin Morby swung through town for the kind of sold out homecoming gig that most local musicians can only dream about. The sold out Knuckleheads space positively crackled with energy as the capacity crowd filled the floor long before the opening act even took the stage. New York City’s Coco—featuring members of bands like Dirty Projectors and Lucius—were then left to contend with some locals that were too distracted with pre-gaming to fully embrace their chill downtempo vibes, so perhaps it was for the best that their tracks, while exceptionally groovy, also made a kind laid-back background appetizer.

Morby and his group of mostly regular touring support musicians filled in to kick off their set, Morby sporting his now trademark golden frills and facial glitter stars. They hit the ground running with the titular album track from the latest release, “This is a Photograph,” which echoes the same title in gigantic letters on the stage behind them. While the song itself is the perfect opener, with its steady crescendo into some of the artist’s most aggressive, dark arrangements, “This is a Photograph” served as more than a barnburner. It was a thesis statement for everything to follow.

As we’ve written about the album previously, Photograph sees Morby achieve a cohesive vision and a potent blend of an entire career building to this point. Narratively, the aching desire of his last two releases and their audible yearning for a return to live performance is echoed and reciprocated in their staging. The concept of a photograph conveys all of the meta story one could extract from the performance. This is a documentation of life well lived as if it was frozen forever and drenched in a nostalgia that aches not for the past, but for the present—liminal and sublime consecutively. 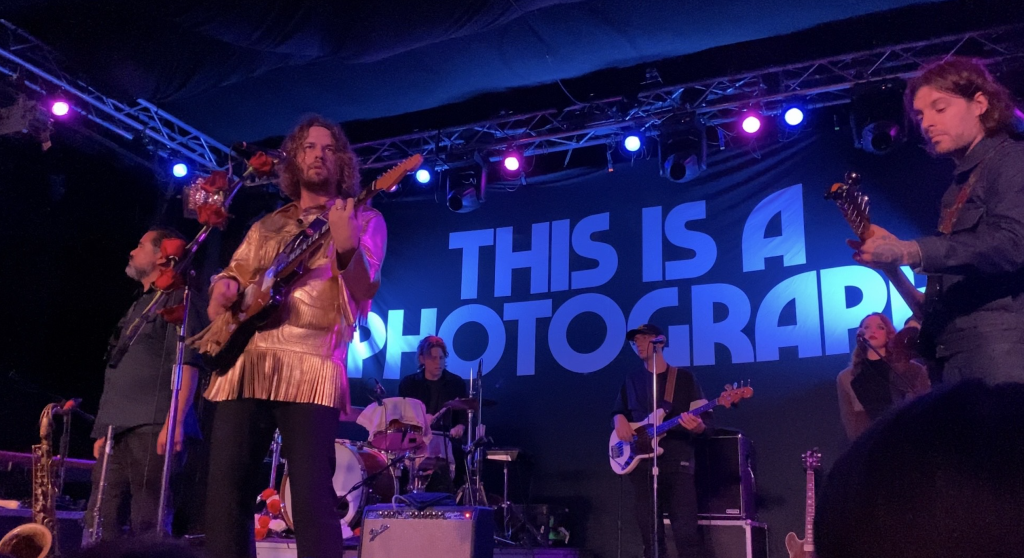 With the aide of backing musicians like Twin Peaks’ Colin Croom on keyboards and Cochemea Gastelum on saxophone/flute, the entire Morby catalogue—but especially the tracks from Photograph—are given room to breathe and to find new footing. Tracks that were delicate and achingly personal on this recording come to life with the dynamics that only a packed stage of musicians can provide. Songs like “Stop Before I Cry” felt equally within the artist’s playbook and the audiences comfort zone even when following on the heels of high-energy bops like “Rock Bottom.”

As Morby once said while explaining his inspiration for “City Music”: “To me, the music represents what it feels like to walk through a photogenic part of a city alone, lost in your own world while surrounded by many.” So too does he now make an audience feel seen by the spotlight and simultaneously cozy in their own private dark.

For a creative gale force wind that has left all notions of genre behind, it was a pleasure to witness the warm reception for a stalwart member of the local music community. That he would feel so comfortable here, and everywhere he chooses to use the space at this point in his career, emdears him even further to the pride of the city as one of our finest exports.

Continue to be our ambassador, king.

Setlist:
This Is a Photograph
A Random Act of Kindness
Bittersweet, TN
Five Easy Pieces
Rock Bottom
Stop Before I Cry
Campfire
Wander
No Halo
Piss River
City Music
I Have Been to the Mountain
Parade
A Coat of Butterflies
Goodbye to Good Times 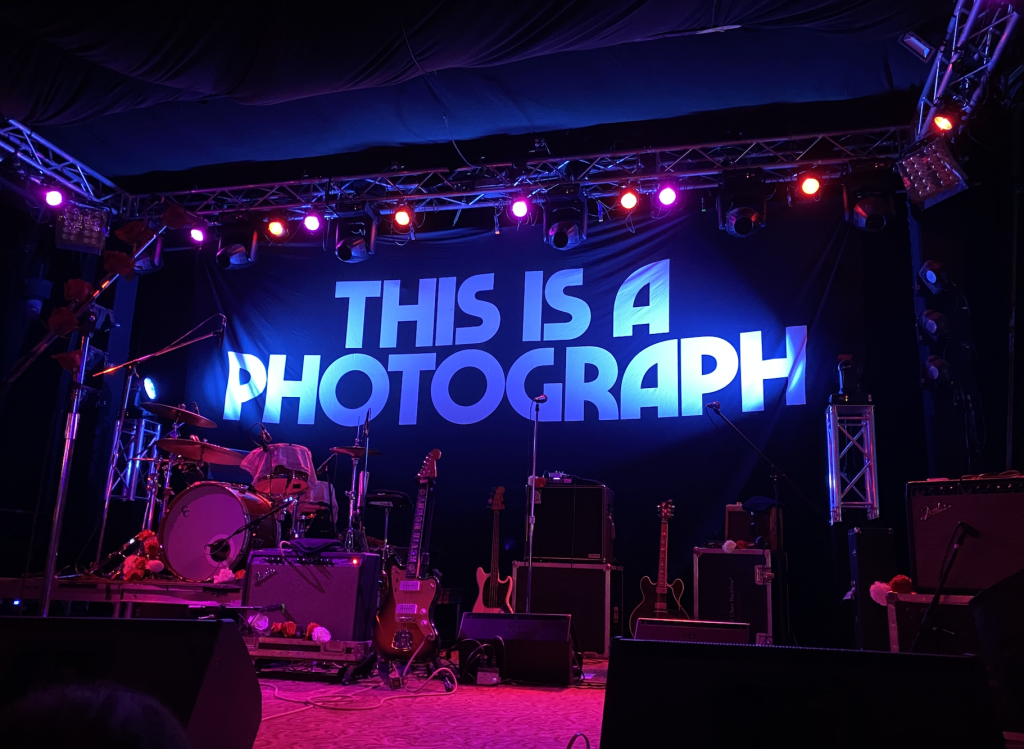 Categories: Music
Tags: kevin morby, knuckleheads, This is a Photograph