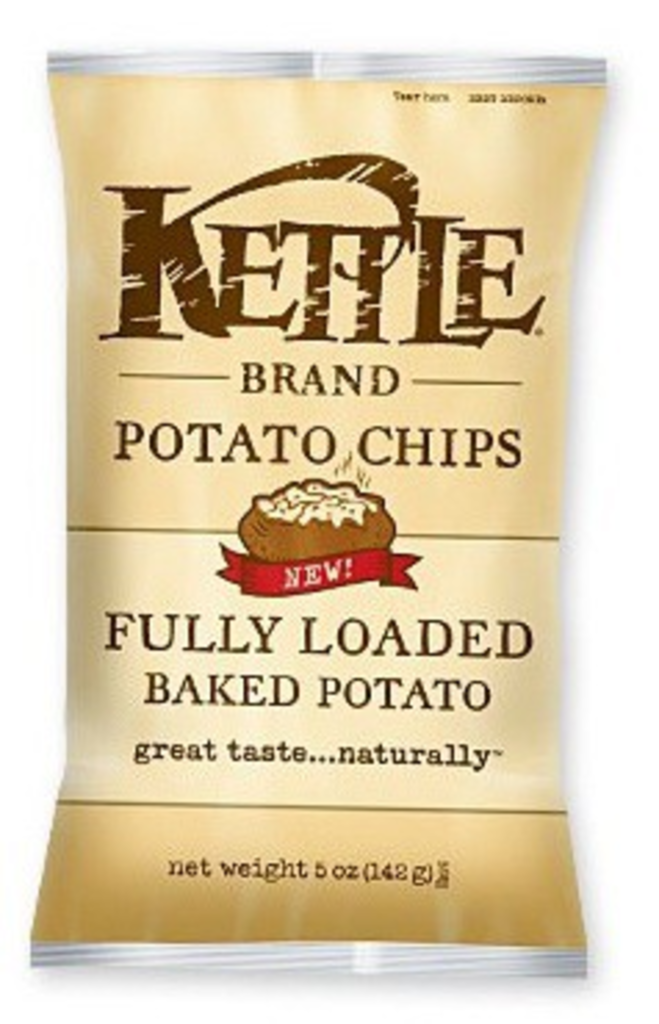 Potato chip lovers are an odd bunch — most stick to a single flavor and refuse to be convinced that salt and vinegar is, in fact, better than barbecue (it is, for the record).

But perhaps an uneasy peace can be reached via the latest Create-a-Chip Challenge winner from Kettle Brand Potato Chips: the Fully Loaded Baked Potato. Meant to mimic the steakhouse staple, it has sour cream, green onion, cheddar cheese and a smoky flavor “that’s our vegetarian answer to fans’ love of bacon.”

of salty and sweet, with the added bonus of a bit of heat at the end.

This year’s addition has tastes that appeal to those who love sour cream and onion and those who swear by barbecue chips.