Kenneth Branagh’s Belfast is a lighter version of better films

The coming-of-age story is loving, but not quite lovely. 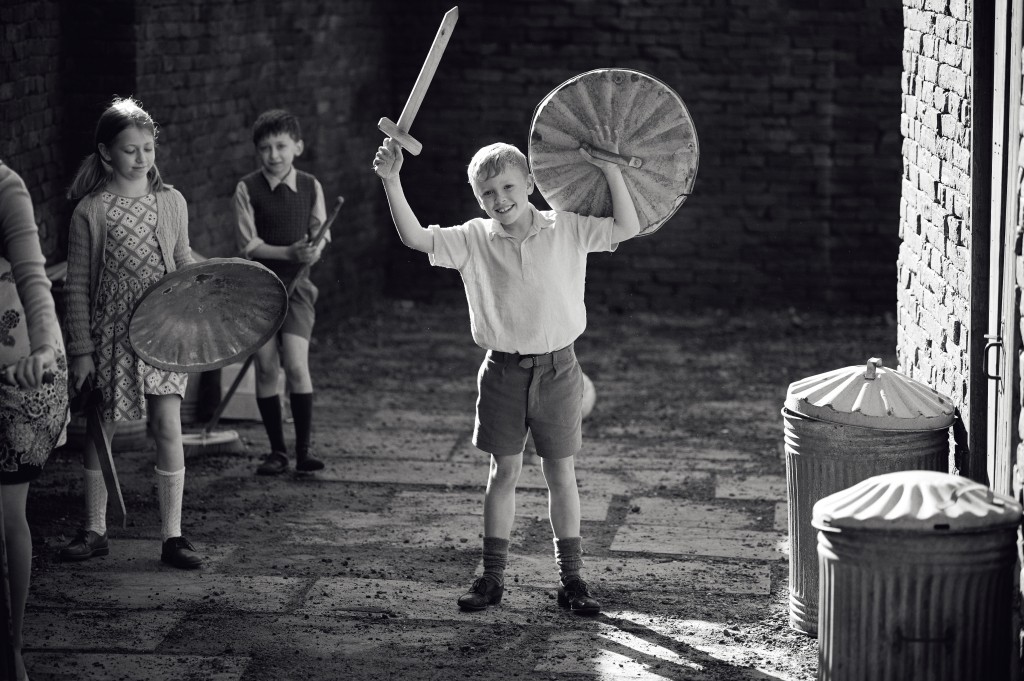 In an interview last year on Brett Goldstein’s Films to be Buried With podcast, Edgar Wright made a statement that’s stuck with me.

“It’s so easy to make fun of bad movies,” he said, “but when you set out to make movies, you realize that nobody, not even Ed Wood, sets out to make a bad movie.”

Filmmaking, particularly personal filmmaking that tells an original story, requires a level of intention that can be difficult for the rest of us to fathom. Before dismissing anything out of hand, a critic’s first consideration should be as generous as possible.

I thought a lot about Wright’s statement when watching Kenneth Branagh’s Belfast, a film based on his experiences growing up in Northern Ireland in the late ’60s. Belfast is a detailed recollection of family and cultural history shot in black and white, much like two other recent movies: Pawel Pawlikowski’s Cold War and Alfonso Cuarón’s Roma.

Thematically, it also has much in common with Terence Davies’ 1992 classic The Long Day Closes, which considers the influence of movies, family, and home on a young boy’s life. 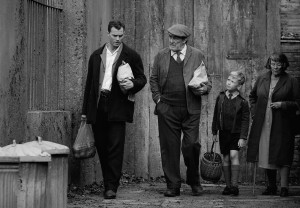 All three of these films are better than Belfast, and Branagh’s movie feels like an attempt to make his facsimile version of them, rather than something more artistically ambitious.

However, the story Belfast tells—the trials, triumphs, joys, and sorrows it recounts—are all based in truth. Branagh’s feelings about those events and his intention to put them on screen are valid, even if their expression feels unoriginal.

You see the conundrum: how do you criticize a film with clear shortfalls, but which clearly means a lot to the person who made it?

There are definite strong points in Branagh’s film, even if the overall product itself feels a little too slick. The central performance by Jude Hill as Branagh-surrogate Buddy is cherubic and luminous.

As Buddy’s parents, Catriona Balfe and Jamie Dornan feel realistic and complex, and their relationship is loving and romantic. Buddy’s grandparents, played by Ciarán Hinds and Judi Dench, also feel like the product of experience and observation, even if some of their lines occasionally feel like they’re ripped from a bad book of Irish sayings.

Belfast also contains a number of beautifully executed shots and sequences. Branagh and cinematographer Haris Zambarloukos keep the camera angle low, as if we’re looking at things through the eyes of a child. Several shots are framed in excellent balance and focus that calls attention to important emotional elements.

A harrowing grocery store riot near the end of the film is a spectacular achievement, one which reminds viewers that for all his more recent, forgettable work, Branagh is also the filmmaker who put an incredible one-take crane shot into 1993’s Much Ado About Nothing. 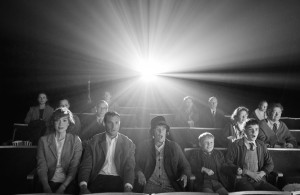 Even with all this, Belfast still feels neat and overly sentimental to a simplistic degree. The film is bookended by color shots of current-day Belfast that could be lifted from a government tourism video.

When Buddy’s father takes a stand against the neighborhood’s protestant partisans, he’s put in the framework of an archetypal cowboy or gunslinger, with little thought given to the complicated legacy of those archetypes, or the complexity of the conflict the characters find themselves in.

Van Morrison’s music defines the soundtrack (he has a “music by” credit), which becomes unintentionally cringy in light of Morrison’s own recently tarnished public image.

Belfast’s extremely personal, warm nature makes it a hard film to criticize. This feels like the film Branagh wanted to make, about events that were formative to him. He is perfectly within his rights to make it, and people are perfectly within their rights to enjoy it.

But the fact remains that while it’s well made, it’s not quite great art. There are many other films that tackle similar subject matter in ways that are creatively audacious and intellectually stimulating. It’s a fine film, though not excellent, and clearly packaged for awards consideration. You can’t fault it too much, though it doesn’t really merit excessive praise.